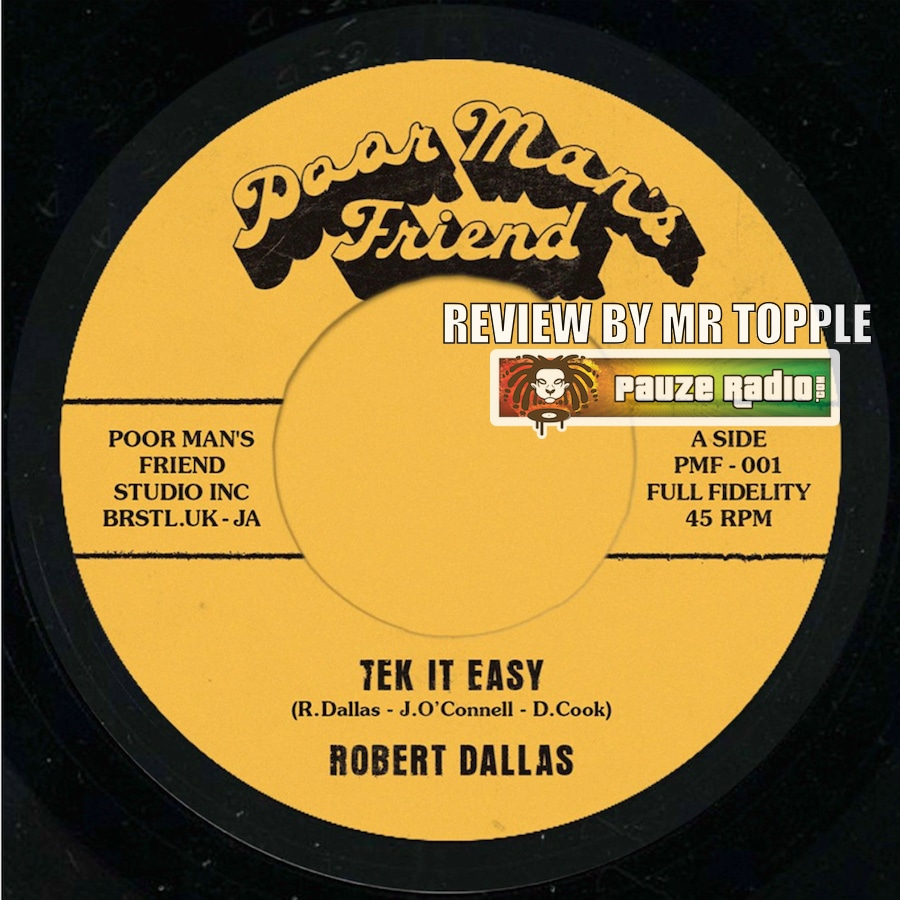 Poor Man’s Friend, the Bristol, UK and Jamaica-based outfit, are back with Robert Dallas for a rich and potent 7” vinyl release – and it’s top-quality, naturally.

Tek It Easy/Do Good Brother, released via Poor Man’s Friend Studio Inc and available in the Pauzeradio shop here, sees veteran Dallas (formerly known as Yabba Youth) team up with the Bristol-based outfit – known for their slick production and engineering, and sheer class. Here is no different – notably that both tracks sound almost analogue in terms of the richness and ‘as live’ feel to the final mastering.

Side A is Tek It Easy – and the track quite literally does, as Dallas and Poor Man’s Friend blur the lines between Roots, Dub and something more soulful. It’s a slow, meandering Roots affair which refuses to be hurried along. Dampened keys run a lilting bubble rhythm whose reverb lingers slightly, ensuring the pace is kept wound down. The bass generally works around a drop-beat rhythm while the drums do a basic one drop, with the bass and snare focusing on the two and four and the hi-hats lazily filling the space in between. But Tek It Easy is much more than just that. There are heavy Dub influences throughout – not least in the stripped-back breaks where the instrumentation falls away. Also, the use of reverb throughout is often rhythmic and that rim-clicked snare is haunting while the bass is deep and resonant. But then, elements of something Soul have been brought in. The electric organ is a counterpoint to Dallas’s main vocal, running its own funky melody with plenty of vibrato and upward glissandos. Then, while the breaks are Dub in terms of arrangement the bridges are something nearer to Soul: on the first one, the bubble rhythm takes a back seat to the organ, the bass moves up its register and Gospel-like harmonic backing vocals come in – while on the closing few bars an electric guitar comes in for a frantic, blue-note and bending-led riff. All this makes for an emotive and compelling composition which really is quite superb.

Dallas delivers a thoughtful and measured performance throughout. His interpretation here is extremely evocative, as he employs varying dynamics to accentuate the lyrics content. He does the same with note length – clipping them down to an almost staccato delivery at points, before going full legato at others. His vibrato is controlled and well-used for effect and he has constructed a melodic arrangement which glides perfectly over the instrumentation. Lyrically, his call for people to put their faith in Jah and let his guidance shape their lives is strong – and overall, Tek It Easy is powerful work.

Over on Side B, and Dallas delivers Do Good Brother which is a change of tack from Side A. Again, rudimental Roots elements are in play, like the choppy bubble rhythm on the tinny, low-passed keys and the bass of a drop-beat rhythm, here missing the three. Drums do a one drop but with a signature Dub snare, laced with reverb and distortion. But here, there are some striking other pieces of arrangement. The horn line is dominant throughout. It does a backwards-and-forwards riff which has an expanded run at the end of each bar. But the horns also run an attractive countermelody as a response to Dallas’s calls across the chorus. Then, the electric organ here is glorious – heavily vibrato’d and shrill. There are some wonderful, soulful breaks littered throughout too – where the electric organ pauses proceedings with some quivering chords – and also a brilliant bridge with its shift in chord progressions. What also stands out is the arrangement of Dallas’s vocal. His main line is complemented by a secondary one, out of the left input and engineered with a high-pass filter and some lowering of the dB to have a ‘other room’ effect. It’s cleverly done and works extremely well.

Dallas is vocally on-point again, delivering a forthright and impassioned performance. He works fairly high up his tenor range, with keen vibrato at the end of phrases along with an overriding feeling of improv in terms of the rhythmic arrangement he provides. Dallas also makes good use of his still-strong falsetto at points; there are some pleasing and soulful riffs and runs and he flips between his vertical and horizontal embouchure with good effect. His engaging narrative across the lyrics, pleading with the listener to live a righteous and ‘good’ life in the face of Babylon’s viciousness is strong – and overall, it’s a wonderful track.

As a 7” vinyl, Dallas and Poor Man’s Friend have created a compelling two-track affair. Vastly different, each side is equally strong with some superb compositions and arrangements, as well as performances from Dallas. He has constructed two separate narratives which actually feel like two parts of the same conversation and when viewed as a whole, Tek It Easy/Do Good Brother is an excellent addition to Roots lover’s collections. 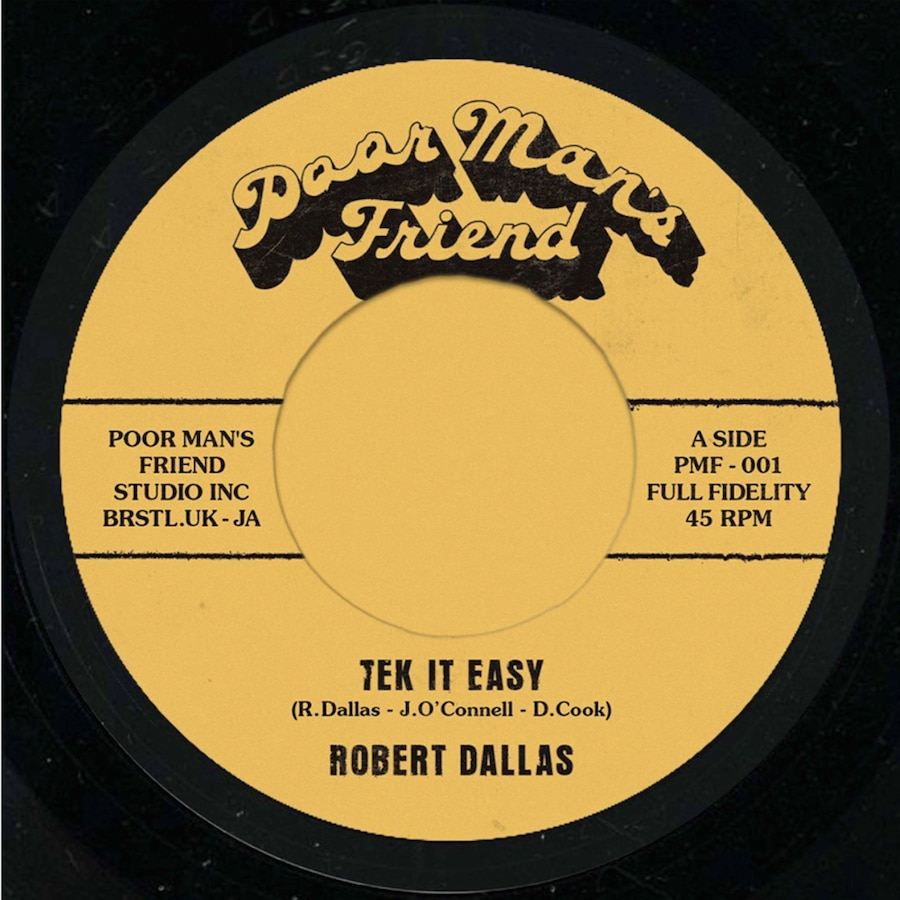