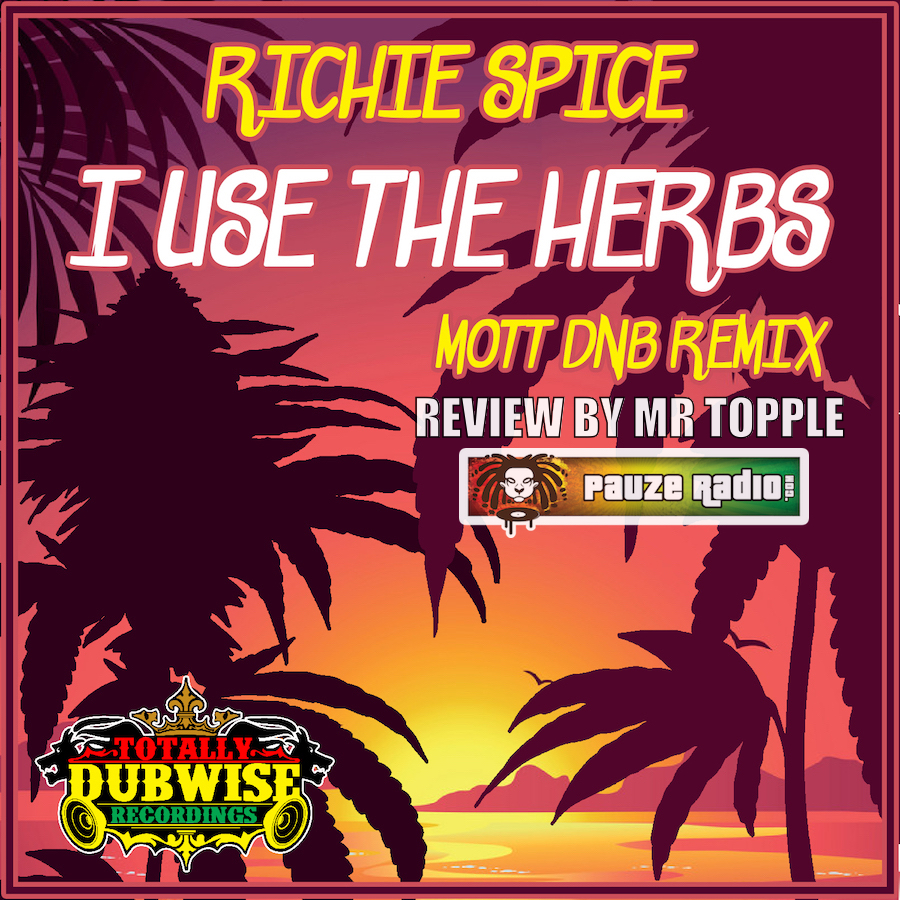 Totally Dubwise Recordings are back with another fresh cut. But this time, they’ve merged genres with a fresh take on a classic track. And the new interpretation should be a classic in itself.

I Use the Herbs from the legendary Richie Spice has been given the Jungle treatment courtesy of Mott and released via Totally Dubwise Recordings. The original track, across the Herbs Riddim from Barefruits Production/Mango Tree Entertainment, was a clever hybrid of Soul (check the rich sax line) and Dancehall (note the rhythmic clave beat) with some Roots elements in play, too (listen to the rapid-fire synth hornriff). So, on that basis the cut is ripe for the Jungle treatment. And Mott pulls it off with aplomb.

The most obvious element is the snare. It works around that classic, buzz-roll filled arrangement: the Think Break (this version courtesy of Totally Dubwises own sample pack) which kind-of Two Step in terms of its focus on the second beat, but then it hits the off just before the fourth – and with additional syncopation in between, particularly on the eighth bar of each phrase with its frantic demisemiquaver buzz rolls. Mott has arranged it well, so there are decent amounts of breaks and drops. The kick accents the first beat of each bar hard. Then, the bass is also cleverly done.

Mott has arranged it so it feels like it runs quaver beats across the first two bars, on the same note – but it’s more likely to be decay/reverb engineered across it. On the third bar it shifts to one note across a breve, and then on the fourth also. Repeating this pattern, on the eighth bar he’s added some rapid reverb, an increase in dB and also altered the wave form so it goes from being rich and rounded to rasping and tinny. It works extremely well – and gives an ominous tone to the track.

But then Mott has also kept some of the original instrumentation in. That rapid-fire synth horn riff is still present – which is a perfect fit against the Jungle backdrop. But Mott has increased the decay that rapidly ebbs and flows across it. His selection of Spice’s original vocal is well-chosen and well-placed, too. There’s an additional chipmunk vocal sample added – which is a nice touch – along with siren samples and additional synths. And the overall arrangement is strong – with each drop varying in instrumental intensity so not one of them feels the same.

Overall, Mott has done an excellent job with this remix of I Use the Herbs. The original works brilliantly as a base structure, then he’s brought Jungle life to it with a smart and detailed composition that refuses to stay in one place. The breaks and drops are extremely varied – and all this means another strong release from Totally Dubwise. Wicked.