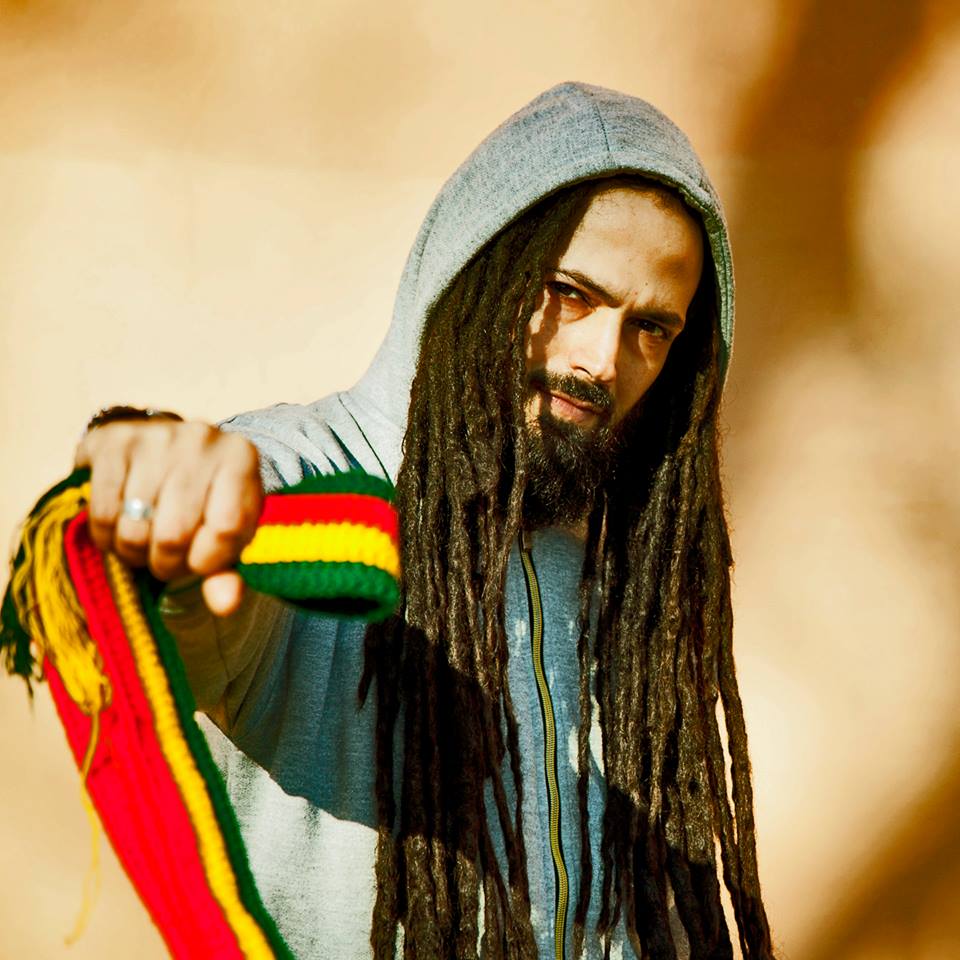 Ras Tewelde, born in Italy, started his artistic experience at the age of 14 with one of the first Italian reggae band: Living In The Ghetto, where he was one of the three singers. From 1998 to 2002 he have been touring Italy, participating to several festivals, including the Rototom Sunsplash.

In the years, he came closer to the Rastafari faith and ultimately the ancient land of Ethiopia. In 2004, Tewelde was for the first time in Mama Land, where collaborated with the singer Dawit Geletu in the song and videoclip “Belsrà”, which remained for long time at the top of the local charts and was presented at the House of Rastafari of Rototom Sunsplash. Once back to Italy, Tewelde began concentrating on new productions, starting with his first 7 inch ‘Jah a di Teacha’, in 2005, promoted in all Europe.

In 2007, he finally reach Kingston, Jamaica, where was immediately involved in the musical context, collaborating with great artists as Lutan Fyah, Half Pint, Teflon, Dean Frazer, Sly and Robbie and many more.
In the same year, he released his second 7inch, ‘Babylon is Falling’, a powerful combination with Lutan Fyah for Gold Cup Records and then other singles like ‘Ruff Road’, ‘Overstand di Powa’ and ‘I-ses’.

In 2008 the love for Mama Africa brings Tewelde on the stages of Kenya, Tanzania, Uganda and Ethiopia, while continuing his activities in Europe with several talented european productions (such as Gold Cup, House of Riddim, Rumble Infini-T and Bizzarri Productions).

During 2009 and 2010 he has been performing on many stages, with Lion D and the ‘Burnin Melody Tour’, in Europe and not only, backed by Livity Band and Bizzarri Sound.
At the same time, Ras Tewelde is also engaged in academic research and he has the possibility to spend most of his time between Ethiopia and Jamaica, where he works in schools and I-niversities. It ‘also author of two publications on the issues of Rastafari culture and language in the Caribbean and Africa (‘ Forbidden Fruits’ – Morlacchi d. and ‘West of Eden’ – Cambridge SP ed.).

In 2010, with Bizzarri Records, he started working on his first album, out on Spring 2011, which will feature the already famous singles ‘Mama Africa’, ‘Everywhere I Go’ and many important combinations, such as the Jamaican legend Sugar Minott and the DJ’s Josie Wales, Stitchie and Louie Culture and other rising stars from Europe and Africa, like the Italian Lion D or Sahara Benji, a youth from Shashamane, Ethiopia.

There’s a message which is clear here, from titles to lyrics: the Continent of Africa shelters the roots of humanity, and Repatriation has to be the new Re-birth for Ethiopia. It is a Vision, vibrating in the essence of Love, with a constant spiritual link to his primary source of inspiration, Haile Selassie I and the land of Ethiopia. The road map followed by the songs is a spiritual and emotional journey from Africa to the New Ancient World across the Ocean and then, back again to Africa.

The last Summer Ras Tewelde toured Italy and Europe with Lion D and The Livity Band for the Rastafari Children Tour.

In November 2012 he toured for the first time the USA performing in the best reggae music club in California, Oregon and Washington with Jah Sun, Bizzarri Sound and Lion D, gaining a lot of new fans.

He’s currently working on a new musical project with the youths of Shashamane, Ethiopia!