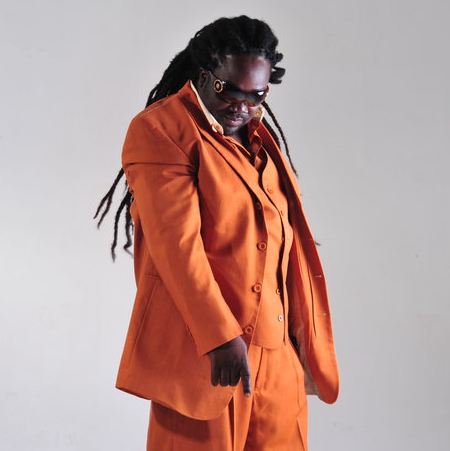 Trinidadian reggae artiste Ras Pilot (Everard Sealy) recently released his third CD collection, which has picked up for him a distribution deal with the Heat of the Tropics Music Group label. This label was responsible for taking Marlon Asher’s song, “Ganja Farmer”, from being a local hit single to the pheno­menal success it brought Asher on the global arena.

Now Ras Pilot is set to achieve the same measure of success with this new 16-track collection, titled Keep The Faith. The CD was produced, mixed and mastered in Holland by a well-known producer in Europe, simply referred to as Mr Speakah. Ras Pilot has also been signed to the Yard Booking agency which will embark upon an aggressive promotional campaign that will see the artiste performing in major music festivals and other events throughout Europe.

Originally from Mayaro then moved to Prizgar Lands, Laventille, Ras Pilot now lives in Central and has always loved to sing, actually beginning his performing career when he was just seven years old. He appreciated all genres of music as a child, and especially loved calypso.
“I listened to the Mighty Sparrow, but the Mighty Shadow was my favourite calypsonian. When reggae music really started to become popular and evolve in Trinidad, I took to Peter Tosh, Burning Spear, Culture and, of course, Bob Marley. I have always had a deep love for Bob’s song, ‘Jah Live’.”

Ras Pilot got his monicker from his friends who began to call him by that name because he seemed to always be hopping on an airplane. As an entrepreneur who specialises in clothing, Ras Pilot travels to the US and other places regularly to purchase stock for his clothing store, Brands Galore, located in Chaguanas.

Ras Pilot’s previous albums were titled 4 Corners and Take Off. Keep The Faith 2015 album, music composed and produced by Speakah Productions. This Album was mixed and mastered by Speakah’s Lab out in Holland, it took Ras Pilot about a year to complete and features, “Red”, “Badness Gone”, “Just A Little Hero”, “Three Pounds”, “Sweet Paradise”, “She Deserves Me”, “Smooth Road”, “Fire Bun”, “Mr Man” to mention a few. Then there is the 2016 “Flying High” album which has selections like, “See mi See me” , “Mama Africa” , “Order od the Day” , “Just Because” , “Other Side of Town” , “Warn Dem” , “Grow It” and “Oh Jah” this too is mixed, mastered and music composed and produced by Speakah Production, the latter is just a few of the selection from this upcoming album which would be released at the end of October 2016.