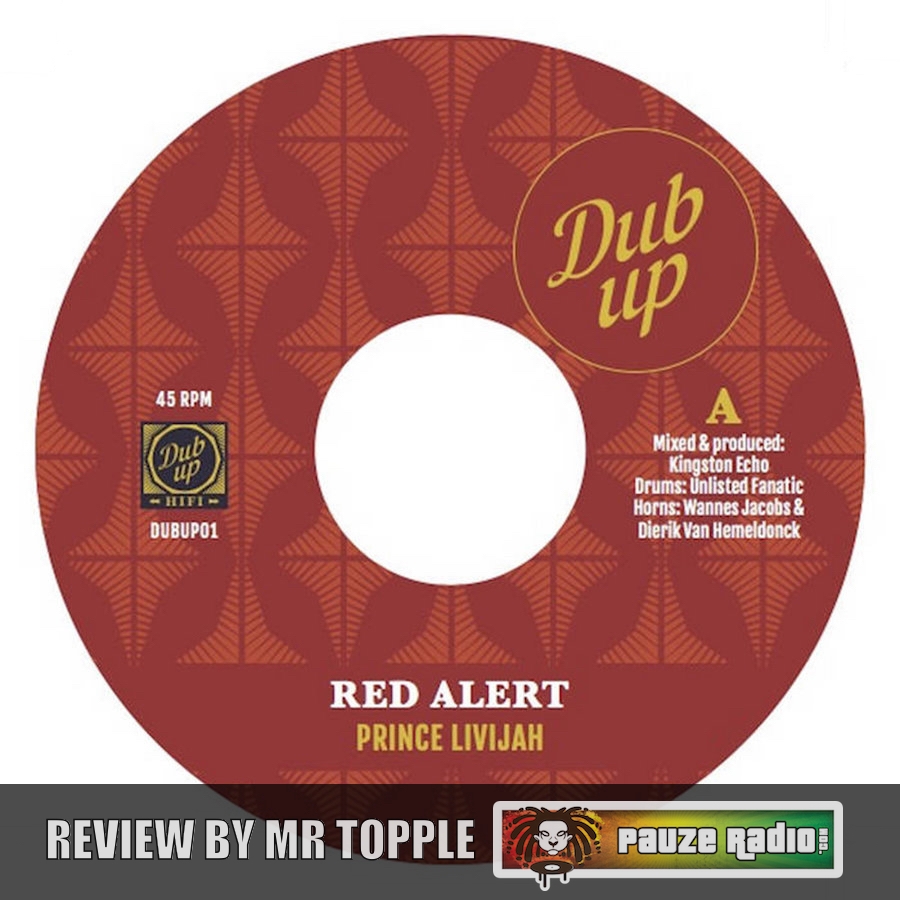 Kingston Echo has made a name for himself producing quality, pleasing and intricate music which always respects the origins of Roots while keeping it fresh. And a 7” vinyl with Prince Livijah is no exception to this.

Prince Livijah Red Alert, on a limited release from Dub Up Records and available in the Pauzeradio shop, is a rich and thoughtful track. Like his recent work with Nga Han and the Hi-Flyers, the Emergence album, Echo recorded the entire track on 16 track tape – giving the music an authentic and pleasing old skool feel. The mastering from Macc (Subvertcentral) is sympathetic to this – placing Livijah’s vocal to the fore, then with the drums and bass being slightly raised and the trumpets weaving in and out. It gives an ‘as live’ feel to the track, and is very well finished.

The track borders on the Steppers in some respects. Unlisted Fanatic’s drums are central to this feel, with the kick on a four-to-the-floor leaving the tinkering hi-hats and intermittent snare attempting to keep up. This driving feel gives real momentum to the track. Then, the bass provides a partial one drop, skipping beat one on bar one of its two bar phrase. For the rest of the time, it works across winding, dotted notation with a meandering melodic line that avoids arpeggio chords. Keys then add to the pace as they run a choppy bubble rhythm in the lower end of the treble clef, with some occasional pitch movement upwards. Echo has at points Dub’d them out, adding reverb that washes across them – at times rhythmic to create dotted crotchets, and at others broader, more echoing.

Wannes Jacobs’ sax and Dierik Van Hemeldonck’s trumpet are central to Red Alert. They are present often, performing a rapid fire, harmonised refrain which is very expressive – before reverting to a response role to Livijah’s vocal calls. Both musicians bring depth of performance to the musical arrangement – swerving from choppy, staccato notes to something more legato to reflect the vibe of the track as it progresses. Then, Echo has included some nice additional instrumentation. There’s some percussive interest with a bell sound, a vibraslap and a heavily reverbed kette. The inclusion of what sounds like a synth horn, which has been engineered with decay and compression to almost sound like a G-Funk whistle, is pleasing – the waxing and waning of the engineering being particularly impressive.

Then, Livijah delivers his vocal on top of this. He’s an accomplished artist who brings a highly effective performance to Red Alert. Livijah makes excellent use of dynamic light and shade – paring back the chorus slightly compared to the verses and bridges. Working around his mid-to-upper tenor range, he also does a skilled job with the backing vocal line, working an octave lower almost in a baritone range at point. Livijah’s use of note length is compelling – as he swerves from staccato to legato notes to hammer home certain lyrics and phrasing. In terms of narrative, he’s created engaging lyrics about the state of the world, society and the planet; how we have to stop the destruction we’re meting out and how those of us with faith and/or consciousness need to maintain a righteous path in the face of Babylon’s noxious grasp and its proponents. It’s stirring work – and fits the unsettling musical backdrop perfectly.

The No Partiality Dub version is a treat as well – with Echo bringing extreme levels of light and shade in terms of the complexity of the arrangement. He veers between the hard Steppers beat and something more Dub in terms of the engineering well – with a focus on the latter being notable across the keys and additional percussion. And the breaks are head-turning and highly effective.

Overall, Prince Livijah Red Alert is a strong release from Echo and Livijah. The track is urgent and compelling, treading the fine lines between Steppers, Roots and Dub well to create a fresh sound. Livijah is excellent – and this 7” is a must for anyone’s collection. 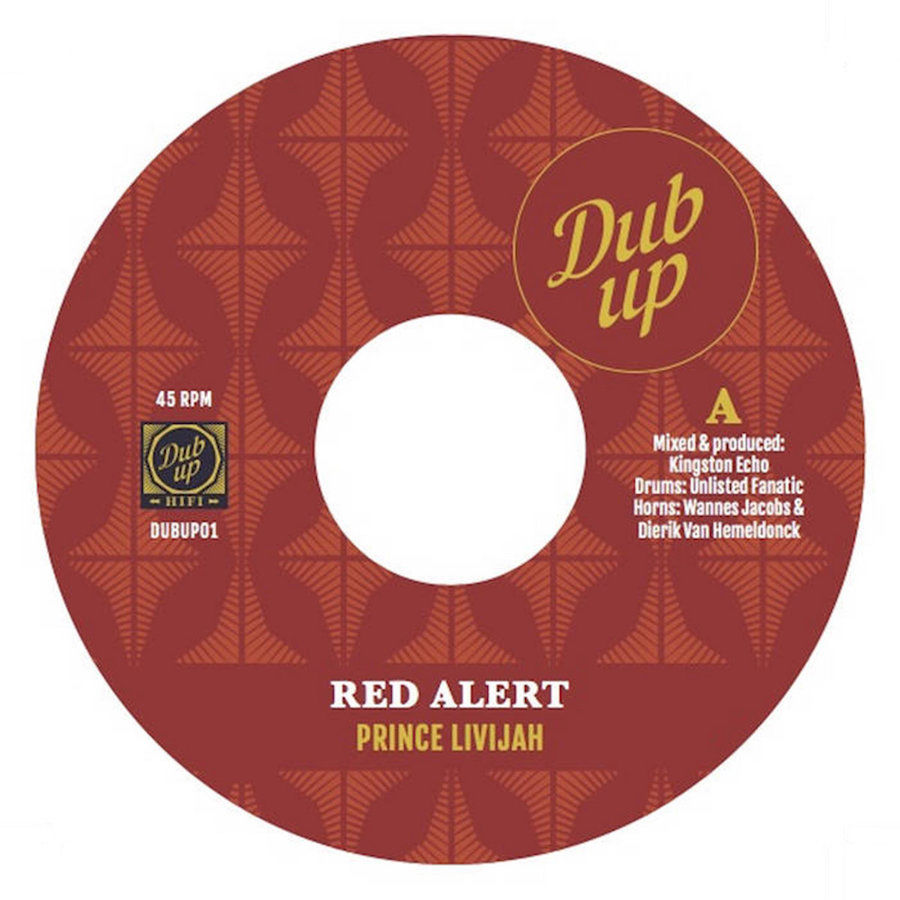