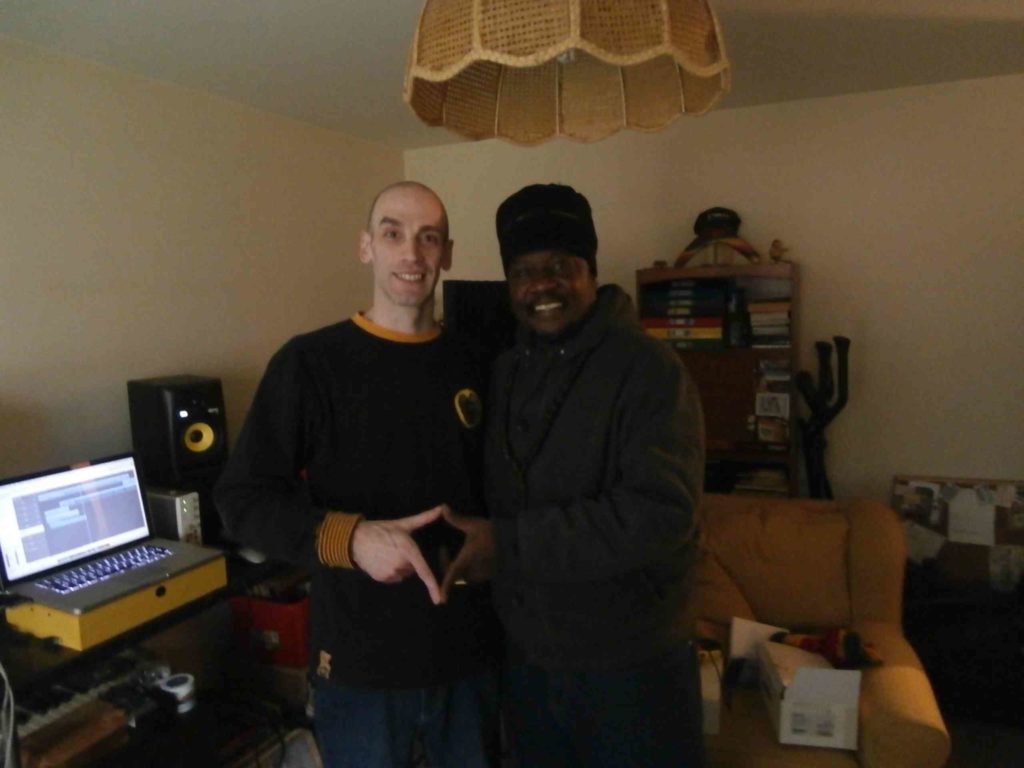 Born and raised in Harlesden (London, England) until he was 2 years old, Mikey General, then moved to Jamaica with his parents. When in Jamaica, Mikey was raised in areas such as Harbour View, Valentine Gardens off Molynes Road in Kingston 19 and Red Hills Road. He recalls completing his stage name when he came back to England in 1982, “General in Jamaica when I used to live in a community named Valentine Gardens. When we used to go outta street, me used to wear some big pants and dem used to say me favour de governor general. Dem used to call me Governor General, then just General because of my skill with de football”. Gappy Dread, owner of the UK sound Vinyl Star, was the man who completed Mikey’s name as he heard Mikey singing using just the name ‘General’. Mikey says, “him say too many people using General like General Trees, etc. My 1st name is Mikey, so him say put that in front of it”.

Mikey accepted the Covenant and the Rastafarian faith 20 years ago, but says, “Rasta is an in-born thing”. He does not belong to any specific order such as Twelve Tribes, Nyabinghi or Orthodox, but instead says he follows the, “Precepts of Haile Selassie”. Mikey’s belief is that “Rastafari is the goodness of your heart and the cleanliness of your mind and accepting the precepts of His Imperial Majesty”.

Born to sing according to Mikey as his mother said he used to always make noise as a baby. He used to mimic songs on the radio by such greats as Horace Andy, Peter Tosh, Sugar Minot, Desmond Dekker and Bob Marley. Mikey then joined the church choir at the age of 7 and was also in his school choir for 5 years. However, when he went onto high school, there was no choir, so Mikey started singing in the classroom. His teachers even encouraged him and they would call him up to sing. It got to the point where Mikey’s community told him he had a good voice and should take singing seriously.

It was 1980 when Mikey was around the age of 16 that he recorded his first song called ‘Roots Me Roots’. Produced by Rudie Silence, Mikey recalls, “It wasn’t very successful, but it was my first experience in the studio and it gave me a lot of encouragement”.

From then it was a natural progression and being a songwriter as well, although Mikey says his songs are “Co-written by Jah”, success was not too far away. Hit songs for Mikey are ones that “Have an effect on somebody or touch somebody”.

Alongside Luciano, Mikey has a company called Jah Messenjah Productions and they do their own production. They also worked with co-producers such as Dean Fraser, the Firehouse Crew and Cell Block Studio to name a few. Those are not the only production people Mikey has worked with; he has worked with Xterminator, Robert French, Black Scorpio and “most of the good producers in Jamaica and worldwide”. 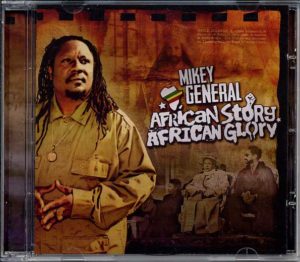 On the 6th December 2012, veteran Roots Reggae artist Mikey General passed through the Pauzeradio studio. What a great way to spend the 6th anniversary of the Unique Reggae Mix Show with no other than the veteran Rastafarian artist. Mikey had passed through the studio to drop off a copy of his new album African Story African Glory for a review, which you can read in our album reviews section, and whilst in the studio he laid down a dubplate for Gav Pauze.

Mikey should be back at Pauzeradio in June 2013 all being well. Don’t forget to support good Reggae music and purchase a hard CD copy of Mikey’s “African Story African Glory” album from our online store.