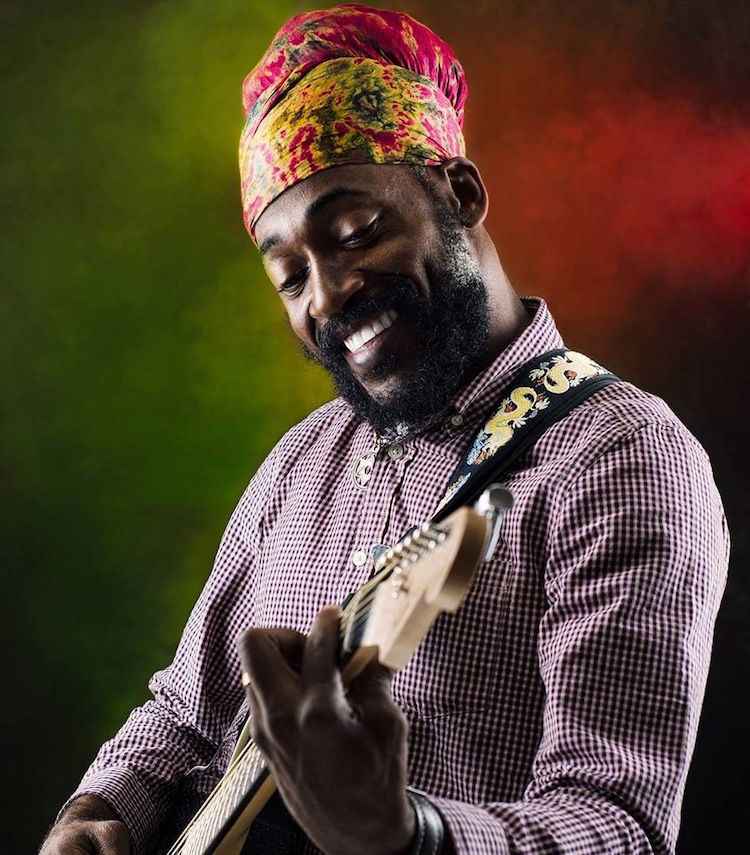 Who are you and what’s your interest in Reggae?

Greetings world my name is Lutan Fyah and my interest in Reggae music is to continue the great trend of real reggae music with a conscious positive vibe in entertainment and to share all that I have gained from learning about life.

How long have you been involved with Music?

I have been a part of this music from a very tender age, from when I was born.

What is your view about the digital side of Reggae?

When it’s digital it means that the world across can access my music very easily. My true intention is to get across the message of Haile Selassie 1st, if digitally it’s easily accessible then so be it. The problem is when Reggae music is digitally made, to me that’s a knock off though, as our music is meant to be made in the rawest acoustic form.

Free downloading of music/piracy is a serious issue that’s often avoided in debates, what’s your thoughts on this?

Free digital downloading is happening. What can I do about that? The machine has made it this way so that anyone can easily buy and download any song they like, freely at ease. I feel that a real artists work is to solve their own problems and those who don’t work to get the result won’t get it but those that do will after such a great effort. The piracy issue is one thing that’s going right around through all music form at the moment. I guess that’s how music goes nowadays because it’s right through all genres. The only way out of this is to make sure that songs cannot be downloaded without paying in some way.

If you could change one thing about the industry, what would it be?

First of all I would get rid of all fake music booking agents in Jamaica, get rid of all a dem, reshuffle the industry on that side, change it for the better. Then we’ll get a clearance to declare our music properly and legitimately.

Vinyl is making a come back over the last year, whats the advantage of vinyl in your eyes?

I am not sure about vinyl or the other formats. I do know that vinyl has a better sound when played and maybe we could know more directly and keep track easier when a song is sold.

Do you have a message for our readers?

Remember to walk with peace love and harmony in your mind body & soul  Ras Ta Far I leads the way, with Jah as i-n-i pilot.
Lutan Fyah 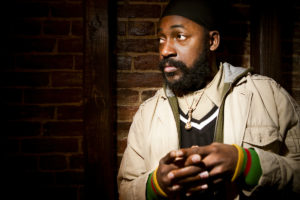 Lutan Fyah Biography:
Lutan Fyah is rising up strong and is committed to his mission of uplifting the masses with positive energy and powerful word sound. Universal love and brotherhood is the foundation of Lutan’s music and he has wholeheartedly answered his calling to represent reggae and to play an influential role in it’s move into the future. This young chanter has been busy spreading his message of love in diverse places and has built quite a name for himself in both the North American and the European markets; becoming the favourite to many of the fans on those two continents. Lutan Fyah has a distinctively unique and inimitable style that can be attributed to a youthful exuberance coupled with a strict Rastafarian discipline which ensures his performances and message, although energetic, are of a righteous nature.

Born Anthony Martin, he grew up in Thompson Pen, St. Catherine, Jamaica where he was exposed to music at a very early age. Unlike many of today’s musicians, however, Lutan Fyah’s musical education did not begin in church. Instead he received proper schooling from his grandfather’s sound system and from the many artistes who used to vibe out around the sound and hone their skills in his yard. Despite his early immersion Lutan absolutely loved the game of soccer and excelled at the sport. Throughout his teenage years he represented his community, his school, and played in the national premier league for Constant Spring. His skills as a midfielder and all round soccer player where way above average and for a time, he exerted his energies in this endeavour with a good measure of success.

The magnetism of music, however, proved more powerful and soon after becoming disenchanted with the sport, he followed a higher calling and decided to pursue his vision of Lutan Fyah, the music man. Determined, he made frequent visits to many of the studios around Kingston in a bid to make a name in the competitive music field. While on his journeys, he visited Buju Banton’s Gargamel studio in 1999 and was chosen as a promising artiste after he passed an audition. Since then he has moved from strength to strength.

Armageddon War, a single on the Gargamel Label, opened doors for him in Europe and on the West Coast of the United States, where the zealous Rastafarian chanter is particularly well loved. His Fling Stone was also well received by the international reggae public and soon he became sought after by some promoters who were impressed with what they were hearing.

Shortly after, in 2001, Ghetto Technologies contracted him to perform on the North West Reggae Fest in Seattle, Washington. His performance that night was so dynamic that Lutan Fyah started getting other gigs on the West Coast. Since then, he has performed all along the West Coast and has graced the stage in a number of cities along the East Coast, Bermuda, London, France, Austria, Switzerland and Germany.

It is by no means a surprise that Lutan Fyah has been making strides in the world of reggae. His unique vocal style, timing and delivery are of the ilk that captures the listener’s attention. Lutan is keen to emulate Dennis Brown and Garnet Silk, two of the singers he grew up listening to, by not only singing hard‐hitting message songs, but making commercial sounds that will introduce him to the mainstream.

“Getting that hit song is important to every artiste. I always sing as an artiste but its time I start singing for the radio,” he said.

Among his best‐known early songs was “There Is No Peace in Spanish Town“, a catchy take on The Drifters‘ classic “Spanish Harlem“, which dealt with gang violence in Spanish Town. He says it is difficult to escape the culture of crime that has dominated the ‘old capital’ for over 10 years.

“Spanish Town is a kind of garrison where every man is a suspect. To keep yourself with the vibes you have to walk a chalk line,” he said.

2015 has been an explosive year for Lutan Fyah and his fire is far from done. The reggae singer recently put out a music video with Turbulence, entitled ”Criminal“ he released his ‘More Blessings EP’ with Payday Music and now he’s ready to present more. First in line is his new single ‘I Guess You Didn’t Know’, in combination with a brand new video Lutan Fyah’s new single has a complete different feel than Fyah’s known work. 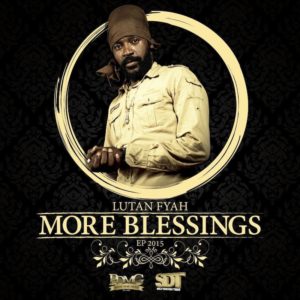 During his most recent stay in Amsterdam, Holland, he shot a music video with Creative Creators. The video shows how easily love can go around and how it can turn negative events into positives. Iyobel from Izhia Arts directed the video in the Dutch capital city.

Don’t forget to follow Lutan Fyah, Yen Productions and Iyobel Non on all social media platforms and get the new album “More Blessings” from iTunes.