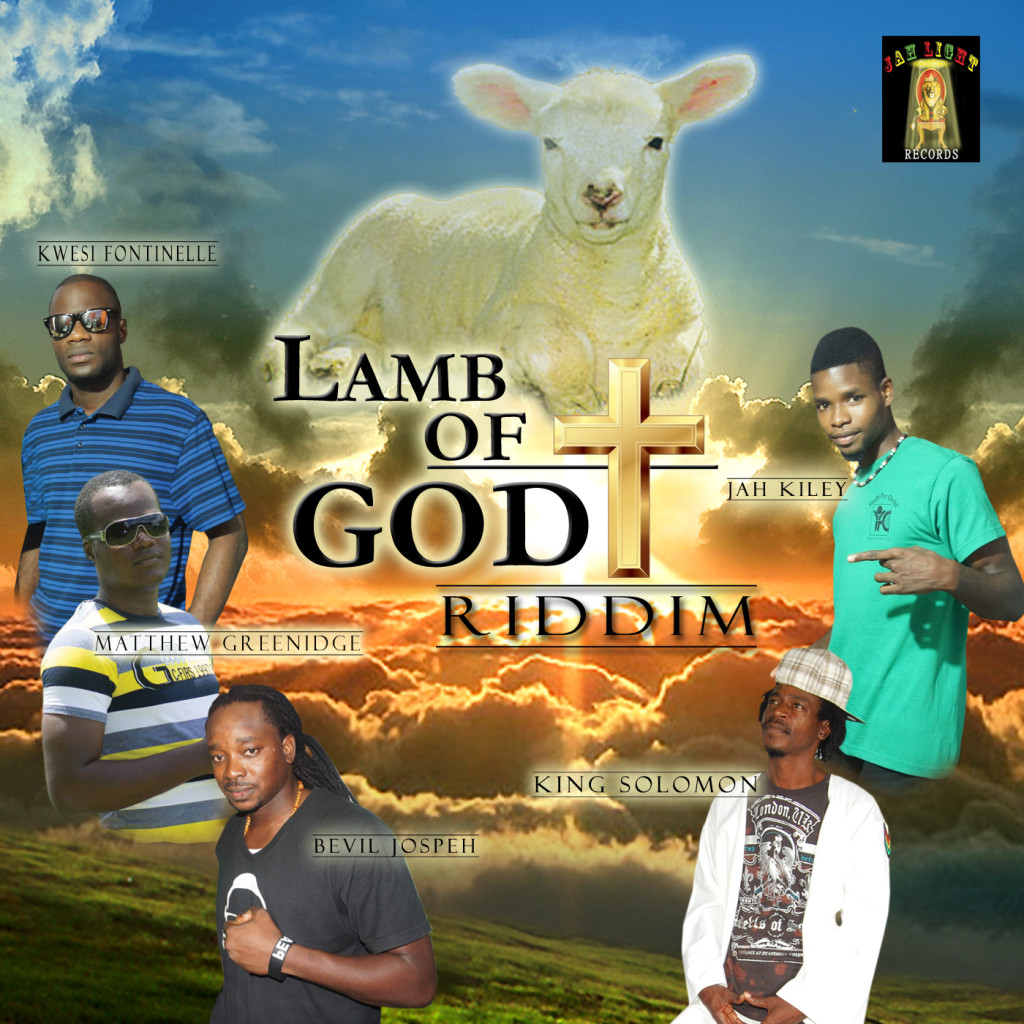 Port-of-Spain, Trinidad. October 7, 2013 The word of God in all forms including music can uplift and provoke positive change. This is the firm belief of a Trinidad and Tobago based production outfit whose effort to deliver only the best, has seen them release a gospel riddim dubbed the Lamb of God riddim.

In a world where trashy, sexually explicit innuendo is popular culture, Akeunde Pemberton and his team of music makers at Jahlight Records understand the uphill climb they face in ensuring that the masses ingest and enjoy the spiritually charged anthems that this riddim is built around. They are however motivated by their firm belief that they must use the talents and capabilities given to them by the Almighty God, for his honour. “Our goal is to use the messages embedded in this riddim to reach more people of the world with the hope of salvation before it is too late’,” said Pemberton.

Five artistes out of Trinidad and Tobago grace the riddim. From the HTE Family, Bevil Jospeh sings, “One Man Alone,” Jah Kiley delivers, “My Sunshine,” and Kwesi Fontinelle’s powerful rendition of a track called, “Never,Never”, is a breath of fresh air. From the Jahlight Records Family, Matthew Greenidge sings, “Hail My King” while King Solomon offers a single called, “Jesus Christ”.

Already receiving the love of several frequencies in T&T with some of the artistes having been interviewed, plans are underway for the production of several additional gospel projects. “The riddim will be released digitally on iTunes and digital retailers on October 14th via Digital distributor, BFM Digital,” explained Pemberton. Amid this however, the effort to further promote each of the five singles on the riddim at home, across the Caribbean and internationally, continues. “The gospel is the good news of the death, burial and resurrection of Jesus Christ. It is the power of God unto salvation,” said Akeunde, reiterating his desire and that of his team, to spread the message of hope and salvation to all.

The team at Jahlight Records, managed by Pemberton is a focused bunch. They firmly believe in the power of positive words, noting that what is placed into the atmosphere is what will be propagated. “This project is all about letting people know who Jesus Christ is. According to the word of God, Christ is the Lamb of God that paid the penalty for the sinners of this world so that through him alone the gift of eternal life is made available onto all. Put your faith in Christ,” Pemberton appealed, hoping that this very powerful message will reach as many people as possible.