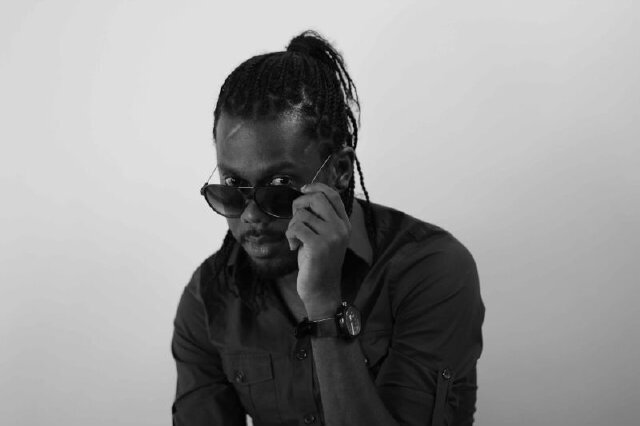 “Music is like breathing to me; it comes naturally.” – Kali Blaxx

On the 26th of August 1982, the world was blessed with a musical genius, named, Rupert Dickenson. Being the first born for his mother, Rupert spent his early years in the community of Charlestown, St. Mary.

Shortly after, his family relocated to the area of Greenwich Acres in Steer Town, St. Ann. While growing up in Steer Town, Rupert attended the Steer Town Primary and Junior High School and later on the Marcus Garvey Technical High School in pursuit of formal education.

At a tender age, Rupert developed a great love for music. He spent his early years, listening to the inspirational and motivating words of artistes such as the legendary Bob Marley, Beres Hammond, Capleton and Sizzla. He could always be found in close proximity to a radio, playing it loudly to the sweet melody of some of his favourite tunes. Periodically, this was a nuisance towards his family, who would shout, “Rupert, tun dung di radio!”. On several occasions, he could be found sitting alone meditating, or listening to music. He would tap to the beat, while creating new lyrical works of artistry. Rupert was not a youth of much confidence and as such, though he had talent, he lacked the motivation to soar on his own. However, his passion was far stronger than his lack of confidence and in an attempt to establish himself as an artiste, he formed a group called the “Caliville Kru” with two other young men, one of whom was his younger brother. The group was the turning point in his life, their time together not only built his confidence, but their many performances in various communities, school concerts and stage shows. This gave him the exposure he craved for and the opportunity to execute his talent. After leaving high school in 2000, he decided that music was his ”calling” and he was determined to pursue this fine art as a full time career. This self-commitment and the message he wanted to bestow upon the music, demanded that he became a soloist. This, however, was a mutual agreement.

One of Kali Blaxx’s greatest challenges to date, was picking a suitable stage name. His former group members came up with the first one, and so he was first introduced to the music industry as Martini Blacks. This name was, however, short lived as he later changed it to Martini Kali Blaxx and then to his current stage name, Kali Blaxx. Kali Blaxx has a very unique style, which contain fresh, clean lyrics attracting a wide array of fans to his music over the short years. Being a young and aspiring artiste with just enough to pay studio time, to record his songs. Kali’s lifelong philosophy is “God help those who help themselves.” As a promoting stunt, Kali Blaxx started socialising with various disc jockeys, he also visited numerous radio stations. After having several attempts ending in disappointment, his radio debut came in 2006 on Zip FM with a song on the riddim played by ZJ Liquid.

Kali Blaxx is currently receiving heavy rotation on Jamaica’s most popular radio and television stations. The video for one of his song “One smoke” spent several weeks on the ”RE TV MVP Top Ten Count Down” were it peak to the number(three) 3 position.” One smoke” has also been a favourite on the radio seen among top Disc Jockey in Jamaica as well as north america, other songs that have received regular rotation include “Keep It Positive” and “Best friend Girl”. Blaxx is a very talented and ambitious young artist who is destine for that “BIG BREAK” to show what he has to offer to the music industry. His aspiration is to be as good as his musical idols or even better, the world’s next big international artist, collaborating with both local and international players in the game. “Got to put it on the wax; Remember it’s Kali Blaxx.