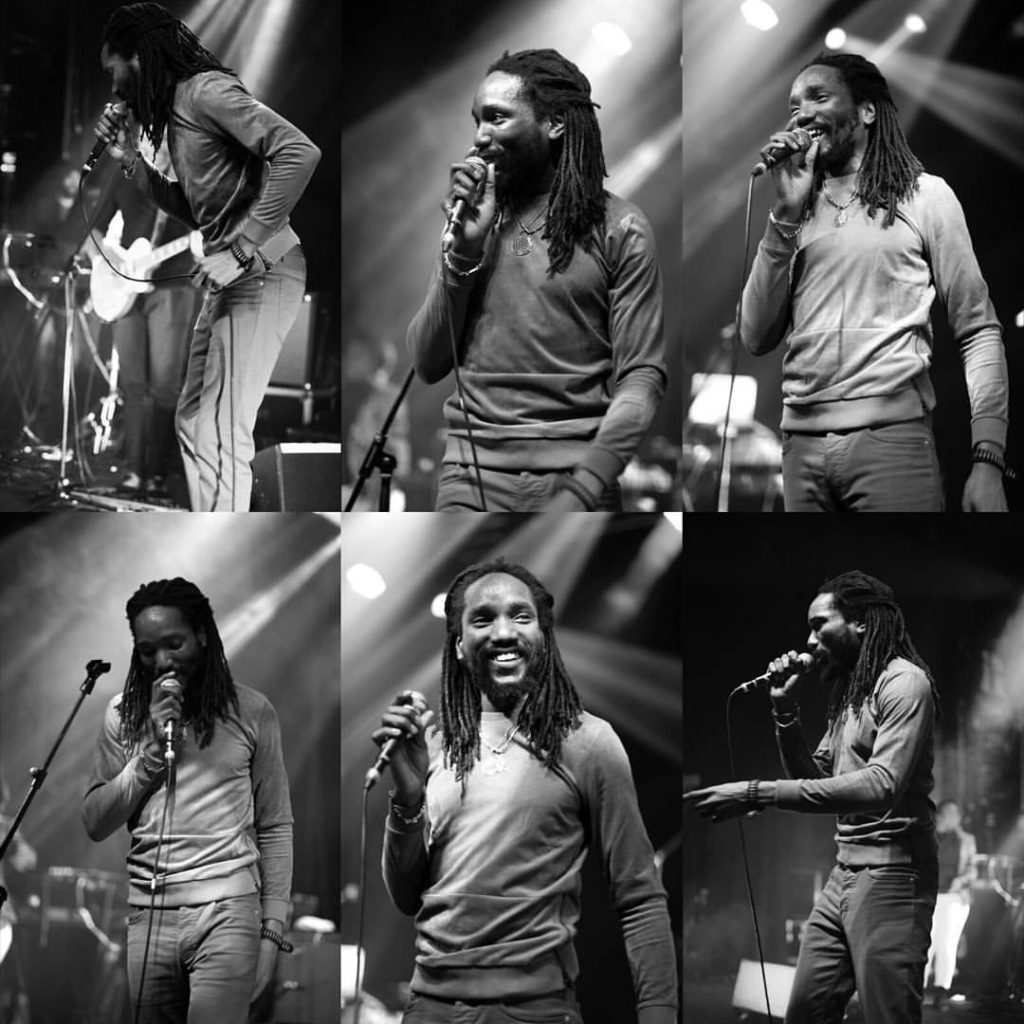 Kabaka Pyramid live. This summer and autumn has seen something that is rare these days for reggae in the UK, that being UK reggae tours and the artists that had the pleasure being Chronixx and Protoje. Another artist from the same Jamaican roots ‘revival’ family is Kabaka Pyramid and he has followed in their footsteps with a short tour, but a UK tour nonetheless. This was a continuation of his extensive tour of mainland Europe throughout October that saw performances in Holland, Sweden, Norway, Finland, Denmark, Austria, Belgium, Germany, Switzerland and Italy. With little or no rest travelling across land, and now sea, Kabaka and his Bebble Rockers band touched down in the UK last week for shows in Brighton, Sheffield, Bristol, Birmingham and his final show, of the whole European tour, at The Electric in Brixton.

I arrived at The Electric around 8.30pm to find a slightly underwhelming crowd. I was told that pre-sales hadn’t been great but by the time the Bebble Rockers band took to the stage the venue was, I’d suggest, close to half full with more than enough people in the house to create a vibe. Maybe it was the time of year? or a lack of the traditional poster led promotion across the capital but whatever that is another story and those present would witness a great performance from the man and his band.

Taking the stage Kabaka started by confirming, in no uncertain terms, for the massive that he is ‘Never Gonna Be A Slave’ to the system with a rousing rendition of the DJ Frass produced tune. My own particular favourite part of this song being the line about ‘student loans’ – topical indeed in my household with 2 full time students in the family.

Following that he launched into ‘No Capitalist’, his piece of the Chimney Records riddim ‘Tropical Escape’ saw all hands going up to draw the first forward of the show. He also gave us the first of many little ad-libs with a chorus from the Peter Tosh song ‘Coming in Hot’ – strictly musical and lyrical shots being fired you understand.

Rolling through ‘Foundation’, a tune he did with Jah Sun, led us onto ‘King Kabaka’, the Queen Majesty riddim as you’ve never heard it before. This song reminds you, and shows you if you didn’t know, that Kabaka Pyramid is a real lyricist, no corny hook or punch lines here just pure spitting (as they say).

In customary fashion all the herb smokers got their defence from Kabaka on ‘Defend the Herb’ – ‘its gonna be a weeping and a wailing if you put a finger on me herb’ being the hard hitting chorus over Royal Orders ‘Cultivator’ riddim. We also got a ‘Global Warning’ over this track confirming again that the Pyramid is well solid when it comes to lyrical content.

One of the first tunes that brought him to my attention was ‘Warrior’ for Zinc Fence. This was a combination with Protoje and he delivered his and Proto’s verses like a consummate professional, we even got a ‘new verse’ on this nyahbingi style version.

Like Chronixx and Protoje, with Zinc Fence and Indignation respectively, Kabaka has his own touring band the Bebble Rockers, which is not an easy thing to facilitate in these times. The relationship and timing between artist and band was to use his own catchphrase ‘Accurate’. They didn’t miss a beat all night, next was his popular sing-a-long combination with Chronixx, ‘Mi Alright’ with a little piece from recent release for Cashflow ‘Change this World’ tapped onto the end for good measure.

After the next song ‘Lead the Way’ the crowd was treated to some serious conscious dancehall, the fast pumping beat sounding well tough from the Bebble Rockers as he flashed through ‘Liberal Opposer’ and the scorching ‘Lock Down Di Place’. No compromising or ‘funny business’ surrounding this one, the place was indeed truly ‘locked down’. He also treated the crowd to a little piece of Capletons ‘Who Dem? (Slew Dem)’ and a touch of Sizzla getting ‘To the Point’ to nearly bring the house down. 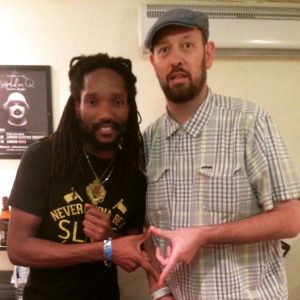 Back to the one drop / roots sound on his tune over Overstand’s ‘Militancy’ riddim called ‘The Revival’. This also saw him give the crowd a real pleaser by chatting a verse and chorus from ‘Who Knows’ (Chronixx and Protoje in case you didn’t know) a song that has recently been play listed by Radio 1, the first reggae song for 10+ years, I understand, to achieve this.

The show stopper was his own ‘Well Done’ which I’m sure won’t follow ‘Who Knows’ onto any Radio 1 play lists as Cameron, Portia and the rest got a sarcastic ‘round of applause’ and had the fire lit under them in no uncertain terms. Damian Marley produced this song so King Kabaka finished the set with a couple of lines from ‘Welcome to Jamrock’ to bring to a close his, 25 plus date, tour of Europe.

With the 11pm curfew in effect the crowd was perhaps left wanting a little more but I think that is a good thing as there is certainly more to come from Kabaka Pyramid (and the Bebble Rockers).