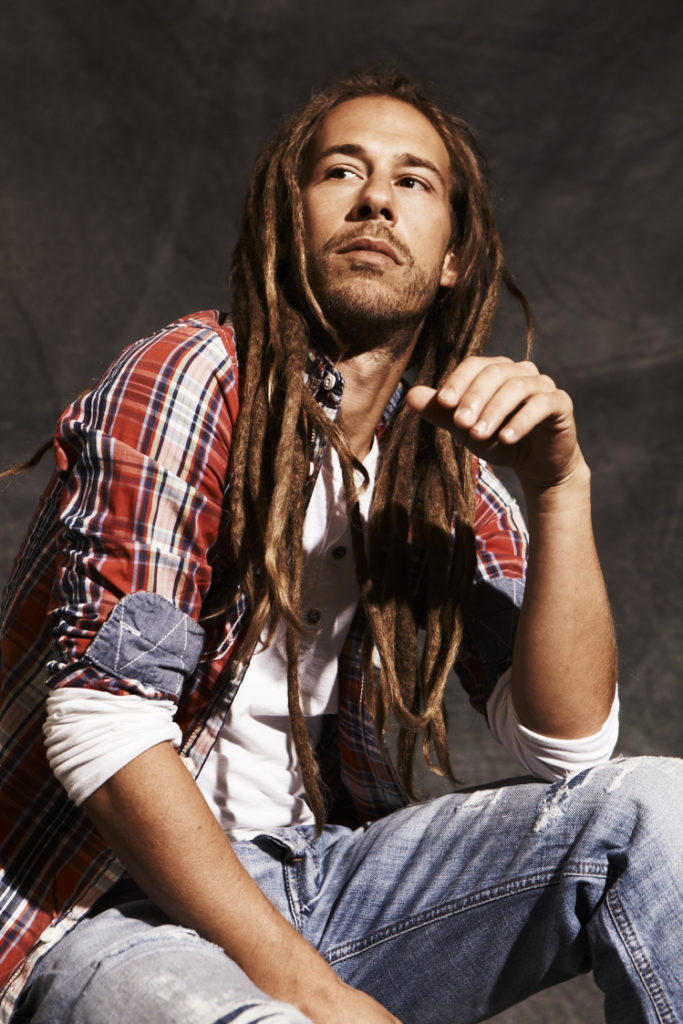 Jahcoustix`s youth was a nomad’s life, spending years in Mexico, Liberia, New York, Kenya and Egypt. He discovered music in Kenya where he began writing his first songs. After returning to Germany at the age of 20, Jahcoustix fully dedicated his life to music and has ever since departed on a journey that has taken him and his songs half way around the world.

Jahcoustix has released 5 studio albums and played 1000 live concerts over the last decade. His musical diversity, the steady development as well as the recognition he receives for his work are all signs of moving towards a bright future.

On this upcoming album “Frequency“ Jahcoustix provides his fans with uncompromising Roots Reggae. The idea and approach to this album is different to all the previous records. Instead of recording the album with his band, Jahcoustix teamed up with Irievibrations Records and also worked with some other producers to get a more diversified sound. In this 10th anniversary year of 2013, Jahcoustix will be out there to reach out to the world with his new songs and a strong lyrical message.

Referring to the question about the featuring track with Apple Gabriel, former singer of the legendary Reggae band Israel Vibration, Jahcoustix answered: “I wanted to make a pure Roots Reggae record with a focus on collaborations with some of my favourite singers of the past 30 years of Reggae Music. Making this album was my dream and a truly heartical matter.“

“Frequency“ will be released on the 14th of June 2013 on Irievibrations Records / Groove Attack.

DJ Pauze aka Gav Pauze says……
Another unique and underrated artist. I had never quite learned that much about Jahcoustix until I was sent his new album “Frequency” even though he has been featured in the Unique Reggae Mix for several years now. When ever I saw him on a riddim I would play his song, mainly because I knew his amazing singing ability and quality of Roots Reggae music that he puts out.

“Frequency” instantly captivated my ears, from the first song right to the last on the album, Jahcoustix really has created a great piece of work with this and teaming up with Irievibrations Records it is no surprise that the production quality is top notch too. This release will please all Reggae lovers, the Roots Reggae lovers especially.