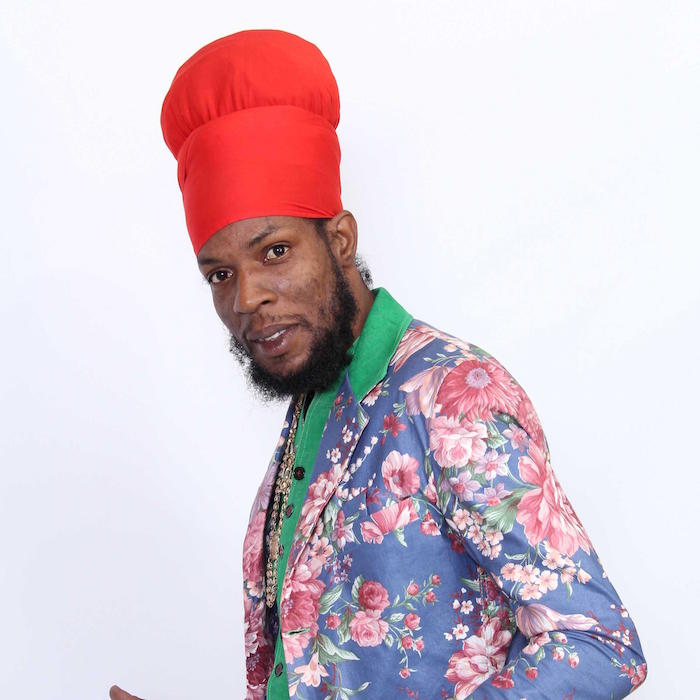 Short Biography: My name is Andrae Corey Johnson performing as Jah Mason aka Fyah Mason aka Farmer Man.  I was born in Green Prospect, Manchester, Jamaica. Vegetarian place (farming district planting vegetables), I used to go to church with my mother until I came to realise my own faith which is Rastafari’s faith.

Gav Pauze: When did you first start singing?
Jah Mason: I started singing from a young age. As I mentioned, I grew up going to church with my mother and my biological family. Singing is something embedded. Most artists will say this, the whole genetics of singing is within me, it’s a family thing for me. It’s part of everything because my mother always was singing and cooking, singing and working. Singing is like another hobby for everyone in the house.  Professionally I started singing when I was 21.

Gav Pauze: Did your family encourage you?
Jah Mason: Yes. Well I was already encouraged, then my brother and sister encouraged me to press along and keep up the good work. It was positive, leading the youth and dem into the right pathway so they encouraged me to continue. My family was there to support.

Gav Pauze: Who else in your family sings?
Jah Mason: Well as you may know Tony Rebel and I are biological family. We are cousins.

Gav Pauze: Who are your musical inspirations?
Jah Mason: My inspirations are all the elders from that time – the great Bob Marley, Burning Spear, Bunny Wailer, Peter Tosh and Capleton. Name them, all of them are my icons. I look up to them and glorify their works, the way they appeal to I and I to pass the baton down to the next generation.

Gav Pauze: What kind of music do you listen to today?
Jah Mason: I listen to Jazz and African music, artists like Baba Maal and Tiken Jahfoklie, Some different type of things – it’s soul food for me, I like that type of music. I listen to R&B, but I like to hear the cry in the thing. A cry for a cause and not just cry for intimacy or for man and woman vibes alone. A universal cry.

Gav Pauze: Do you release music on vinyl?
Jah Mason: Yeah mon, Vinyl is the ting. We do a lot. Jah Mason was a vinyl seller! Even still is.  My first vinyl record went out on JR Production, Junior Reid’s production. Then we started the vinyl with Tony Rebel.  Then David House production, and African Star. And it goes on and on to include Beres Hammond, Harmony House, Flames Production, Vinyl Pow Pow in Europe. Vikings production. Great vibes. Look out for more songs on Vinyl.

Gav Pauze: Where would you most like to perform?
Jah Mason: As long as I get to minister to the people and they receive ‎the message I’m delivering, I’m good with that.

Gav Pauze: Who would you most like to work with?
Jah Mason: When it comes to the industry and working with people as long as everything is upful and you are delivering the same message, I don’t have any problem working with any individual so I don’t really have a preference when it comes to ministering to the people. Whoever will, may come. Whoever Jah say come work.

Gav Pauze: What do you think about whilst performing?
Jah Mason: Well me personally while performing all I have to think about is my setlist,  what I have to deliver – my program. You have to just be positive, conscious and just deliver what you have to deliver. Performance is more about a classroom reaction. Teacher and class. Fire Mason is willing to teach whoever is willing to learn.

Gav Pauze: If you weren’t singing, what would you be doing?
Jah Mason: I would be doing what I’m doing still. I’m farming. That’s my ting. Or who knows maybe I would fly a plane and be a pilot if I didn’t sing. Yeah man, that’s the next thing I would choose. Up!

Gav Pauze: Do you play any instruments?
Jah Mason: My voice is my instrument.

Gav Pauze: What genre of music can’t you stand to listen to?
Jah Mason: Once the music is negative I’m not up for it.

Gav Pauze: What hidden talents do you have?
Jah Mason: It’s well known that I’m a farmer. When I’m not performing, I’m farming.

Gav Pauze: What can we expect from you in 2016 and beyond?
Jah Mason: Yeah man, 2016 – mad ting man. When I say mad, it’s in a good way. Food in abundance, music in abundance. love in abundance. Yeah man,  the people will have Jah Mason in abundance. Yes I. And do remember to check out the new album Love and Wisdom. It’s there. check it on iTunes, Amazon and all digital shops. Also www.jah-mason.com.

Give thanks for the interview. Bless up.