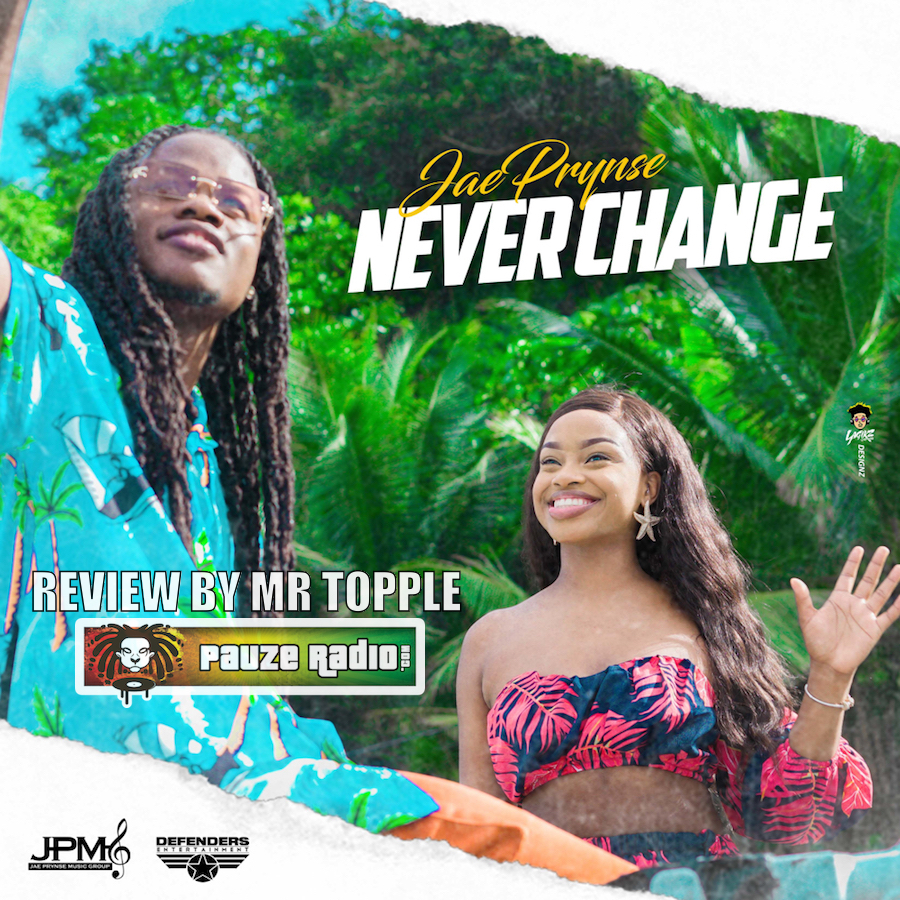 Jamaican-based Jae Prynse is back with another fresh cut – and it shows the strength of his collaboration with a UK-based record label.

The track has Dancehall at its soul – the main marker of this is the incessant ‘oneeeeee-twooo-and’ x2 rhythmic clave that is omnipresent. But what JPM/Defenders have done so cleverly is to use lighter, higher kHz instrumentation for the rhythm so as not to make the track too heavy. For example, sometimes the kick is on a four-to-the-floor (therefore striking the ‘oneeeeee’) while claps soften the clave, hitting the ‘twooo-and’. At other times, the rhythm is executed by a combination of the bass and strings. So, the end result is that Never Change has the wind of a Dancehall track but with none of the abrasiveness you’d usually see when the beat is dominated by the bass and kick.

What JPM/Defenders have also done so well is used a donk bass across the track (a sound more often seen in UK garage). This again has softened the vibe while keeping all of the Dancehall wind. Moreover, the bass slides in and out throughout across generally dotted notation, cementing the swagger of the track. But it’s generally absent on the chorus – which once more brings lightness to Never Change.

JPM/Defenders then bring in attractive RnB elements, too. Across parts of the verses, keys run delicate chords, marking the music’s progressions with additional riffs at the end of certain bars. Strings glide across the other instrumentation, running harmonised breves. Just out of earshot is what sounds like a synth melodica running a countermelody to Prynse’s main one – giving a ‘HT’ to Reggae. But what then happens is these RnB elements are switched up when that donk bass enters – with the keys and melodica disappearing and the strings running staccato rhythms – before they revert back to those elongated notes on the chorus, then back again to stabbing rhythms and so on. On these more forthright sections synth horns enter, nodding to Reggae with their sharp, shrill refrain that almost feels slightly EDM – in keeping with modern Dancehall. It’s a clever compositional trick which creates ebb and flow to the track.

Never Change is also marked by its smart chord progressions. JPM/Defenders have chosen not to start the verse’s phrasing on the root F sharp minor chord – instead working around the third and fourth to begin with. This creates a sense of edginess and forward-motion before the chorus settles into the root; although even here, because Jae Prynse’s melody works from the sixth down to the third of the diatonic scale, it still feels like something is building.

So overall, Jae Prynse Never Change is a musically intuitive and thoroughly high-class arrangement. Then, enter Prynse to finish this off perfectly. He’s vocally attractive and precise throughout, working across his upper tenor range with ease and using a mix of vertical and horizontal embouchure to create diversity of timbre. Prynse pays particularly pleasing attention to detail in terms of note clipping and extension – swerving between staccato and legato notes depending on the lyrics. He also sits perfectly between a straight vocal and singjay – crossing the divide between the RnB musical elements and their Dancehall counterparts. There’s decent dynamic variety across his performance, bringing in light and shade – and lyrically, he’s created an attractive love song that sits as an antidote to some of the misogyny that exists in Dancehall culture.

Overall, Never Change is quite brilliant. Sitting between Dancehall and RnB it’s a musically impressive composition, showing that both JPM and Defenders can turn their hands to anything. Prynse does the same, creating a beautiful love song with sentiment that’s to be applauded – and as a whole, the track is the perfect end-of-summer sizzler. Gorgeous works.