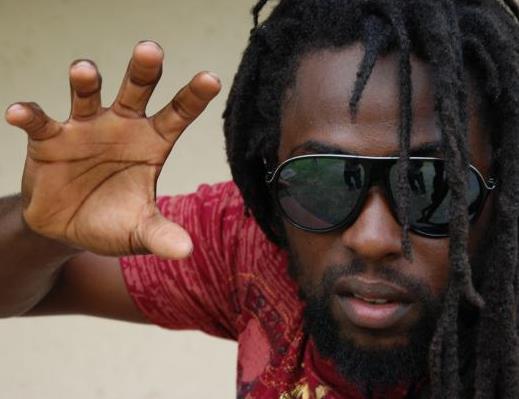 There is a serious sense of purpose to the artist Iya Ingi. He holds the banner of Ethiopia high in all that he does with added power coming from his name, a play on the word Nya Bingi, which means death to black and white downpressors.

Born at home in Mona Common in 1979, Yilmie Williams, the last of three brothers and two sisters, knew from an early age what his future had in store for him, the artist describing himself as a, Liberal Ethiopian fighting to defend Ethiopian sovereignty. Iya’s father repatriated to Ethiopia in 1994 when IYA was 14years old. Before this time IYA had witnessed his father playing an active role in the Twelve Tribes of Israel, this combination of experiences setting the seeds for Iya Ingi and his future path.

Musically Iya Ingi began his journey by experiencing dances held by his preferred sound Jah Love, his passion for communicating strong messages through sound beginning during this period and continuing throughout his time at high school. Whilst working as parking supervisor at a jewellery store he began writing his own lyrics, the empty store he spent his evenings in providing him with the solitude required to focus on his flow.

In 1999 he practiced with the Aluta Continua band where he honed his skills to the perfection it is today and consequently lead him to win the 2003 and 2004 University of the West Indies Chancellor Hall Pre spectrum song contest were he won the opportunity to be the opening act at the 2003 and 2004 Spectrum concert held at the University Students Union. His performance has grown with his first three show, The Marcus Garvey birthday Celebration in New Haven Kingston, The Songs of Salvation Show case in Clarendon and the Aluta Continua Bob Marley Birthday Celebration at Back Yard in Kingston.

Under his belt are numerous performances locally and overseas , to mention a few he made good impressions at Sizzla kalonji’s Rise to the Occasion in 2006 and returned to numerous encore performance in 2007. He was very well received at Jah Cures Cure Fest in 2007. He has done the UWI Spectrum show case for a number of years and is one of the recurrent performers on this show for the past five years with expectant rousing encore performances. He also performs at the Twelve Tribes of Israel shows and was a big number at their 40th anniversary show in 2008. His First Tour to the Europe (Holland) in June 2008 at the Hague for the Shootme Film festival to which he had a outstanding European Debut wooing the patrons with his performances.

Influences
Bounty Hunter, Sizzla, Moses I, Jah Cure & Kulcha Knox, all of whom Iya Ingi sees himself working with in the future.

Music
His Music video Push On True along with one of his current singles Melt is currently receiving air play across Jamaica and on international soils. These track are of a positive and motivating message to the nation and the world at large. Lyrically the tracks should serve to inspire the youths, Iya offering encouraging words of advice such as, No one can stop you, only you can stop yourself. Iya Ingi is presently spending most of his time composing and laying vocal tracks for his debut album.

With plans to take his sound to the international arena, Iya focus will remain the same, to teach the world about Ethiopia as he takes his role as an Ethiopian Musical Ambassador to the world.