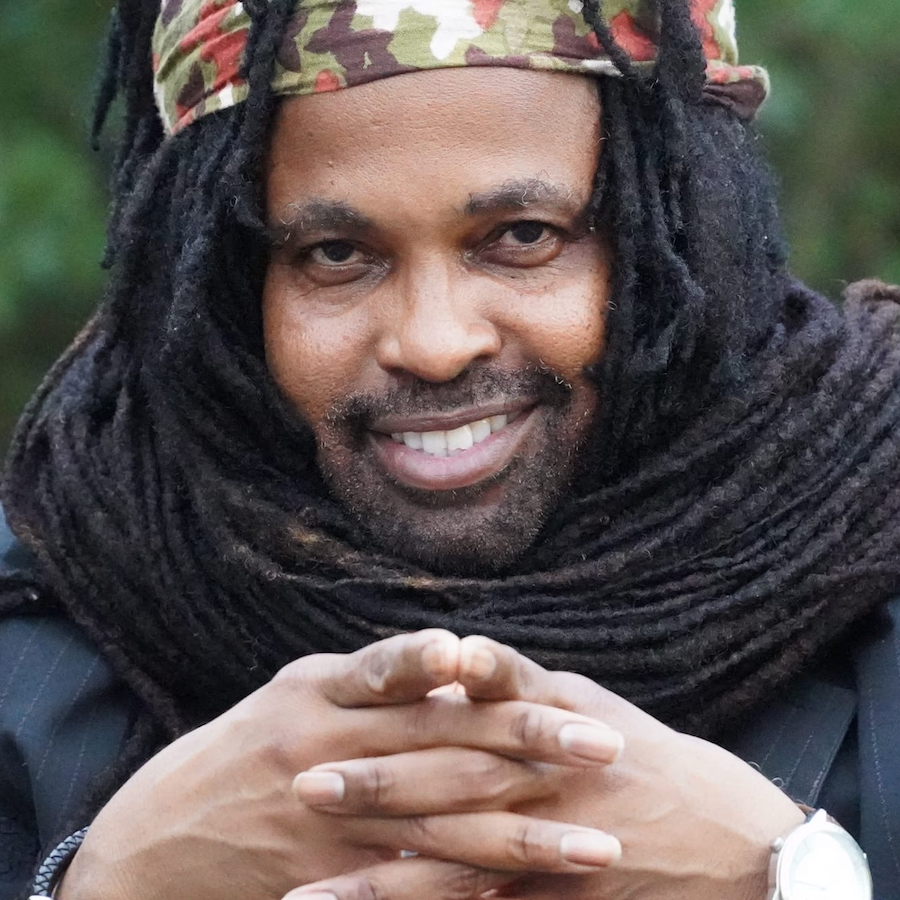 Truly conscious music that transcends time and space is a gift to world. It comes through the vessel of the artists that produce it. But one such talent has always taken his craft to higher plains. He’s a master of both the music and the education that comes with it. So, meet Isiah Mentor.

He was born with the given name Ian Samuels in Rae Town, Kingston. Isiah Mentor started honing his craft early in life. His aunt noticed his singing ability aged ten, while he did household chores. But his first break came under the guidance of the legendary King Tubby. At that time, Mentor used the moniker Lilly Melody.

He worked out of Tubby’s studio on the Waterhouse and Firehouse labels. But he was producing conscious Roots in the 80s when much of Jamaican Reggae culture favoured Dancehall. So, Tubby was a major influence on him, as were other veterans like Barrington Levy, Eddy Fitzroy and Mykal Rose. But it was songs like Ghostbuster, Older Than Me, Jumbo and No Pressure Me along with the 1988 album Give It To Me that cemented the-then Lilly Melody as a gifted artist.

He migrated to the US when he was in his early 20s; continuing to release Roots music. But due to his religious beliefs, he moved to Shashamane in Ethiopia in 2011. Mentor said of the move:

“I lived in Ethiopia for seven years in Shashamane – the community where most Jamaicans live and Rastafarians from all over the Caribbean world, and English people of Afro-descent, reside. Lands were appropriated for returning Jamaicans and Rastafarians. There is a very vibrant community; a lot of Rastafarian entrepreneurs and different sects: the 12 Tribes of Israel, Bobo Ashanti and Nyabinghi. Some settle in Addis Ababa, but 90% choose to reside in Shashamane”.

From the early 2000s, he took the name Isiah Mentor – given to him by Jah in a vision. The next two decades saw him feature on numerous releases. These came alongside seasoned veterans of the Roots movement. They included Luciano, Turbulence, Anthony B, George Palmer, Tanya Stephens, Naptali and Apex Zero. Mentor released tracks across various labels, including his own – Village Roots Records. His 2009, 16-track album Rasta Government was a pinnacle moment – notably the haunting and moving Cry Africa.

But the 2020s have seen a resurgence in Mentor’s output. From the Dub-laced Sus Dem Out (premiered on Reggaeville); the Roots-laced (but notably with old skool Dancehall chord progressions) God Ago Deal Wid Dem; the horn-led, vibrant God Is On My Side – he has thoroughly confirmed his status as a beacon of conscious, thought-provoking art in the 21st century. Mr Topple of Pauzeradio described Mentor’s hit Sus Dem Out as:

“a striking and sizzling hybrid of Roots undertones with overtones of Dub musical devices and engineering. Its stark and haunting arrangement grabs you and refuses to let go. Mentor is vocally on-point, delivering a furious performance – backed-up by his searing lyrics. Taking down Babylon’s system and those how allow it to flourish, he’s provided a veritable sermon on how those of us who are conscious need to ‘sus’ these criminals out. Strong and affecting”.

But it’s Mentor’s faith and world-view that really drives his music. It focuses on issues of spirituality; Jah/God; poverty; inequality; the system and its proponents, and making change in the world for the better. All of his output is clean. It has complex lyrics which deliver potent and timely messages. And musically, his ability to take traditional Roots sounds and mix them with other styles has always kept him relevant.

Mentor said of his craft:
“My music is all about the upliftment and re-education of humanity and awareness. Reggae music is the air we breathe, it vibrates into every part of our bodies and keeps us rootically grounded. I would have for people to be inspired to make a positive change in the way we live. Think love first; be still and know that Jah is the Almighty”.

His iconic style coupled with a desire to provoke thought and bring about social change makes Mentor a crucial artist in Roots culture. Seasoned, vocally gifted and lyrically profound – he is a staple of the movement and this decade looks set to be his most inspired yet.