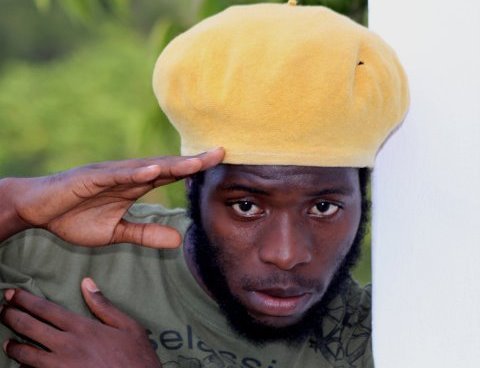 Iba Mahr, the young sensation for the authentic Jamaican reggae/ lover’s rock genre. Born January 21, he was given the name Mario Greaves at birth and has emerged with strong African culture, thus granted the name by friends, Iba Mahr, ‘Iba’ African name, meaning Humble and Calm while ‘MaHr’ is really an acronym, meaning Mario of Harar.

At age 19, Iba MaHr voiced his first song with Charmax Music, chanting from Linstead, St. Catherine. Subsequently, he was able to survive the many dangers and harm of his volatile community through advocating love, peace, righteousness and spiritual consciousness. He is quite humble, and does not let anything or anyone trouble his innate calm. Iba MaHr’s music ranges from reggae, lovers rock and soulful roots genre.

The young sound, has worked with great producers and record labels such as, Charmax Music, Max ‘Romeo’ Smith, Xterminator Productions, Philip ‘Fatis’ Burrell, Marlon McCubbin, PG Music and a host of other producers.

In 2008, Charmax Music and Max ‘Romeo’ Smith released Iba MaHr’s first recognised song, “Had It & Lost It”, on an album with various artiste titled, “Devil On Di Run”. Later, Phillip ‘Fatis’ Burrell of Xterminator Productions released his second single, “Where Are You”. The tracks are now available on all popular music sites, such as iTunes and are also in major record stores.

“I take pleasure in doing love songs. Essentially, I am inspired to sing about real life occurrences, but in reality as artiste we create melodies then connect words to them to craft stories that reflect other people’s lives. The energy, mood and my emotion at times may affect how a song might turn out. Feelings, be the sombre, joyful or sorrow also play a part.

I now see the music making a paradigm shift from roots and culture, not that it has died but just need to be played more. Regardless of what is being played, the people need redemption songs, especially in these times of division and world crisis. I can only say that Reggae music is a medium through which we connect and touch people in any situation, so I work to preserve its legacy”, Said Iba MaHr.

The entertainer is currently working on a number of singles and is focused on his project with producer/manager Marlon McCubbin of PG Music Group, who is relentlessly working on the artist’s quest to stardom. Most recently Mr. McCubbin released Iba’s newest single, “Love Thy Neighbour” on the “Unknown Riddim” that also featured Natural Blacks with an official video in the pipeline for the song.

“Fertile talent, definitely the artiste to watch, delivering poetic love and inspiring songs, singing with strong roots and culture reggae sound. He is very professional and works very hard at what he does whether in the studio or on shows. Reggae has long awaited young and spiritual ambassadors for reggae and Iba MaHr is absolutely a sure pick. “, said McCubbin. With Rastafari as his inspiration, roots and culture is always what he promotes, along with social commentary and soulful-reggae love songs that speaks out to the hearts of people for those in love or out of love. Give heed to the voice, and what reggae music has to offer in the future.