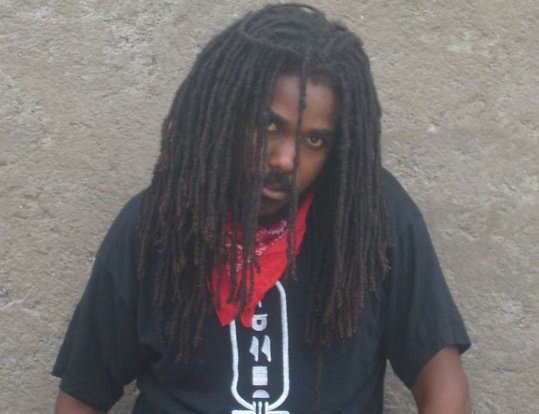 I-Shenko was born John Mckenzie on the 20th of May 1984 in the parish of Kingston & St. Andrew, but grew up in St. Catherine dwelling most of his life between Portmore and Spanish Town.

At a tender age he developed a love of writing poems and later converted these poems to rap, while attending St. Jago High School in Spanish Town I-Shenko and some friends formed a Hip-Hop group called “No Douth Family” and recorded their first demo at the Kingswell Recording Studio in Spanish Town. After leaving high school the group eventually split up, however this did not stop I-Shenko from pursuing his dream in music and taking it on a higher level by attending the Info Serv Institute of Technology, he was taught by Mr. Steven Ventura veteran producer and engineer.

Still something felt missing even though talented in the hip hop genre, he knew it would be difficult making it in the Jamaican music industry. This did not break his spirit however motivating him to cross over back to his roots reggae music. He began singing and chanting sometimes fusing with hip hop showing versatility and creativity. He recording his first professional single “Hate in them” on the “Alpha Blaze Riddim” for the label “Alpha Productions”in 2005 which got him some airplay and little recognition doing a number of stage shows in Jamaica including I-Wayne’s annual show in December and Fantan Mojah’s Reggae in the Valley 2008 and 2009.

He got a job with Laser Bass Productions in 2006 in Spanish Town where for the period (2006-2008) as an engineer and also a recording artiste, which gave him the opportunity and experience of working with artiste such as I-Octane, Lutan Fyah, Chezidek, Eddie Fitzroy, Guidance, Black Er and quite a few others. He now works with the label “Music Life Records “engineering and singing and has so far released two singles on the label in 2009 “Make me feel this way” on the “Simply Butterflies Riddim” and “Enemies” on the “Paper Chaser Riddim” which is getting some rotation locally and abroad.

To I-Shenko music is his life and passion and a experience of tranquility and serenity, he looks up to artiste such as the great Bob Marley, Peter Tosh, Jacob Miller, Garnet Silk, Sizzla, Turbulance, Lutan Fyah, Nas, Lauryn hill, Erikah Badu and the late Tupac Shakur.

The Multi-Talented Singer, Songwriter, Engineer and Young Producer having is own label “M.M.E.G.” and his own set of artistes (Indecka, Fyah Flamez and Sabokani) which are co-signed to Music Life Records. His advice to young upcoming artistes like himself his trust in the most high first and foremost, perseverance and never say you cant but most of all, never give up. Educate yourself and take time out to learn the business, keep yoour personality true and never feel too important and selfish to others needs, lastly, be yourself and respectful.