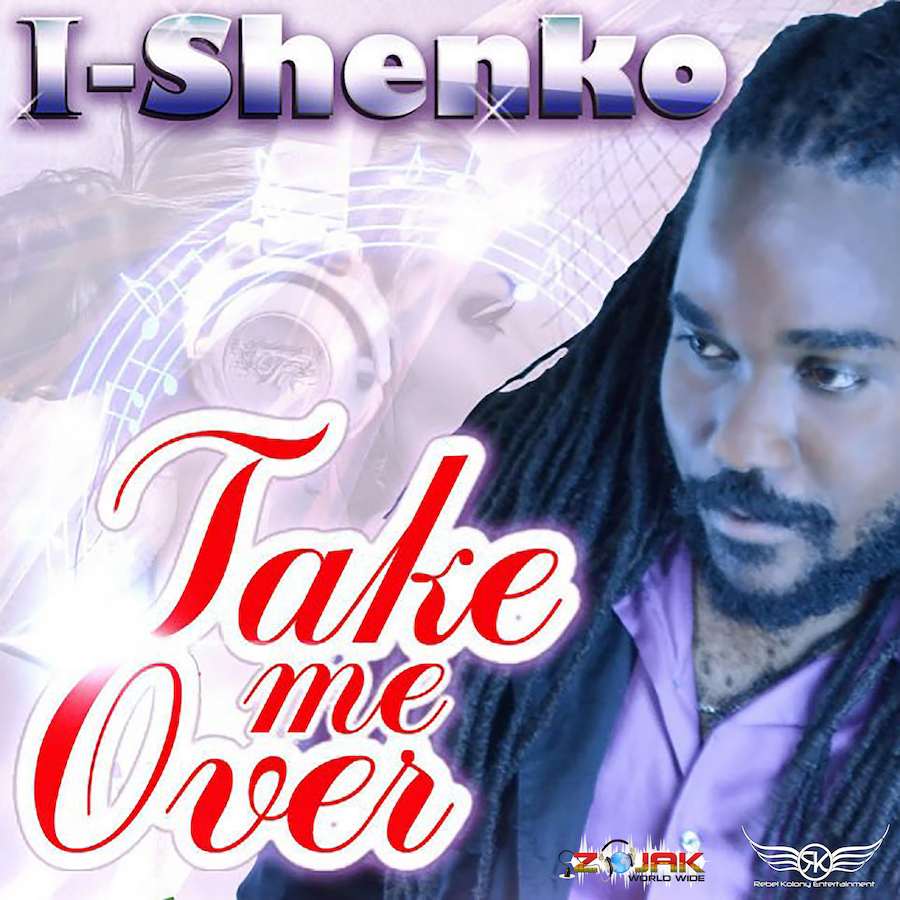 I-Shenko Take Me Over – Press Release

Press release: I-Shenko is about to ‘take over’ and deliver a summer anthem for the ladies with his latest release; Take Me Over is out now via all good streaming sites by Mr Topple / Pauzeradio PR Services.

US-based artist I-Shenko has tuned into the sound of summer with his latest release: fusing Afrobeats and Dancehall vibes with just a touch of Soca, too. But what’s so clever about this latest cut is that it’s actually a reimagining of a track from nearly a decade ago; not that you’d realise from its now-fresh sound.

Take Me Over is released via Rebel Kolony Entertainment. I-Shenko originally recorded it as an RnB-based track in 2012. But now, some smart reproduction, mixing and mastering has transported the sound into 2021 – as I-Shenko channels sultry desire and love, both musically and lyrically.

“Take Me Over is summer vibes in a bottle, and I-Shenko has delivered a clever reimagining of his 2012 track. That signature Dancehall clave rhythm juxtaposes perfectly with the more Afrobeats use of the snare to deliver it, and the dampened keys, plus that winding almost Soca bass and additional percussion. But Take Me Over is also so much more than just that. Note the Dub synths and samples, and those Roots tin drum rolls – creating a veritable blem of styles. Then, I-Shenko has skilfully kept the RnB sensibilities in the main and backing vocal arrangements. Overall, Take Me Over is inventive, infectious and fresh. Top class” – Mr Topple for Pauzeradio

The track sits somewhere between AfroDancehall and RnB with a distinct Soca vibe intertwined throughout it – being suitable for multiple playlists and mixes. The dominant bass and percussive rhythmic clave will see the track fit perfectly into a club. But the Afrobeats smoothness means it will also play out well on mainstream radio. And I-Shenko’s clean but cheeky lyrics give Take Me Over maximum appeal, as he discusses the feelings you get in the first flushes of a romance.

I-Shenko said of the track:
“My decision to re-produce the track was at the request from friends and fans who knew and loved the original version. The vocals are still the original recording. But a different instrumental was built around these and 2021 Take Me Over was born”.

But Take Me Over also represents some of the sounds the world will hear on I-Shenko’s forthcoming EP, which will be released later this year. He said:

“My upcoming EP, Kross Kulture, is a fusion of different genres: Reggae, Afrobeats, Hip Hop and Pop, to give it a more international appeal. We have a few collaborations with up-and-coming artists who are also doing well making a name for themselves: Booba Starr, Dwayno, International Hak and Drett – who is also a co-producer on the EP along with Eddy Barboozle from Fresh Out the Box Productions”.

Take Me Over is the perfect summer anthem. Smooth yet winding it is sure to light up the airwaves and clubs over the next few months.

Stream or download Take Me Over on Spotify, iTunes, Tidal and Amazon.