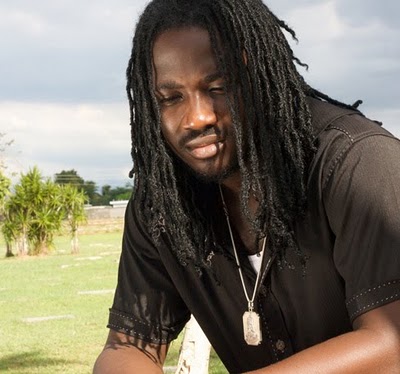 I-Octane. Over the years the parish of Clarendon on the island of Jamaica has produced a long list of outstanding Reggae artistes namely; Everton Blender, Coco Tea, Freddie McGregor and Derrick Morgan.

Today we see another young, vibrant and unique Reggae artiste emerge from this very parish, his mother calls him Byiome Muir, an African name which means strong, but the world will come to know him as I-Octane.

The self named Reggae artiste has a vision and that is to create music that motivates, inspire and restore the mind to a path of growth, development and purpose. He up in Sandy Bay where he attended Palmers Cross All-Age and Garvey Maceo High Schools respectively. After High school, he enrolled into Knox Community College to pursue a career in architecture but that didn’t work as he planned. Although he excelled in the sciences at school, the addictive beat of the sweet reggae music was a major distraction for him. At Knox, he became popular for his spit-fire lyrics fitting for any occasion and was a regular feature on concerts and barbecues.

Encouraged by his friends to take his talent more seriously he gave a scorching performance at a concert held in his home parish in Sandy Bay, after which he was approached by a producer who convinced him to get into the business. He gave this some serious thought and made some inquiries for himself before giving in to his gut feeling of making music a lifetime career. His first objective was to find a suitable name for himself, a name that represented his high energy performance and consistency and he fell in love with a slogan from an ad used by a major company in Jamaica to promote its gasoline product, “high octane”. Its’ concept suited him well so he made a few changes and came up with the name I-Octane.

I-Octane then set out on his mission, performing at more barbecues and small stage shows as well as took the necessary steps to ensure he gets his voice recorded in studios. As fate would have it, a friend introduced him to Donovan Germaine of Penthouse Records, who then managed Buju Banton and Assassin. This was in the year 2000 he recorded ‘Oh Jah’, ‘Step A Seed’ and ‘Love In The streets’ with Beres Hammond, Buju Banton and Assassin on the Penthouse Label. His experience working with them was a stepping stone early in his career and it turned out to be a morale booster. On his trod, I-Octane met Junior Arrows through a friend of his, Arrows was interested in signing the artiste and he jumped at the opportunity to have a Record Label managing his career. Working with Arrows Recording Company has honed his skills as he developed more confidence and stronger and better vocals, which contributes to his ability to give a resounding stage performance at all time.

I-Octane has recorded for some of the major labels out of Jamaica such as Arrows Recording which produced some Mega hits, Mama You Alone, Stab Vampire, Different Page, Hurt Mi a collaboration with Spragga Benz, Gt Taylor Music, Don Carleon, Purple Skunk Records (Dj Wayne of Irie FM), H20 (Zj Liquid of Zip103fm), TJ Records and Truckback Records who produced “Loose A Friend”. The Cultural Singer has been nominated for several Awards Music Awards here in Jamaica and has chopped the Most Improved Cultural Artist from the Excellence in Music and Entertainment Also Video of the Year with song “Stab Vampire” and on the two Most popular Music Entertainment Stations HYPETV and RETV Video Charts.

I-Octane was ready to perform at major events, the opportunity presented itself and he performed at the first staging of the Beenie Man produced Summer Sizzle event to a massive crowd of over twenty thousand people, he represented himself well and stamped his name in the business. Since then, he has performed on all major events held in Jamaica including Reggae Sumfest, GT Christmas Extravaganza, Rebel Salute, and STING. 2009 was a testing year for the young artiste, frustration set in due to lack of shows. I-Octane’s Management team became extremely concerned, they realised that the artist was being left behind by Promoters. After many meetings with the artiste, his publicist, producers and management, the team decided to launch a promotional campaign around a potential hit single called, “Mama You Alone”. They launched a promotional campaign in June and by October the song hit number 1 on all local music charts as well as entered the New York Top 30 Reggae singles chart and the South Florida Top 25 Reggae singles chart. Mama You Alone also hit the Toronto Top 10 Reggae Chart in Canada and New Style Radio Top 10 Reggae Charts in the United Kingdom. I-Octane became a household name and did several all island tours for various Giant corporate businesses to name a few Courts Jamaica, LIME Jamaica, Claro 3G Network and Guinness Jamaica 250th celebration as well as performed on over 30 events between late November and December of 2009 including an unprecedented performance at STING that year.

The Conscious singer was very overwhelmed after making his very first appearance in Europe at the Sundance Festival in Holland performing for over 35,000 thousand patrons and hearing them singing along with him songs such as Stab Vampire, Different Page and Poverty word for word. Very surprised as to how much they knew some of his songs.

2010 began with a boom for the Reggae crusader, he is on the ball as he performed on Pepsi Rebel Salute at wee hours of the morning with Venue still full to capacity when he devastated the show and have the patrons rocking and singing with hands in d air and blazing torches. I- Octane was being sought by all local promoters, he got booked for his first 18 city tour of Europe.

The artiste was also nominated in four different categories for the prestigious local 2010 Excellence in Music and Entertainment (EME) Awards. His music can be heard in every crevice and corner of the island, from blaring speaker boxes in inner city communities to the heart of Upper St. Andrew among the elite, this young Clarendonian Reggae Stalwart has certainly followed the footsteps of his predecessors and has become a staple within the local industry His music is quickly spreading across all boundaries where Reggae music is loved and appreciated. I-Octane is energy that knows no bound, “high energy, high performance”