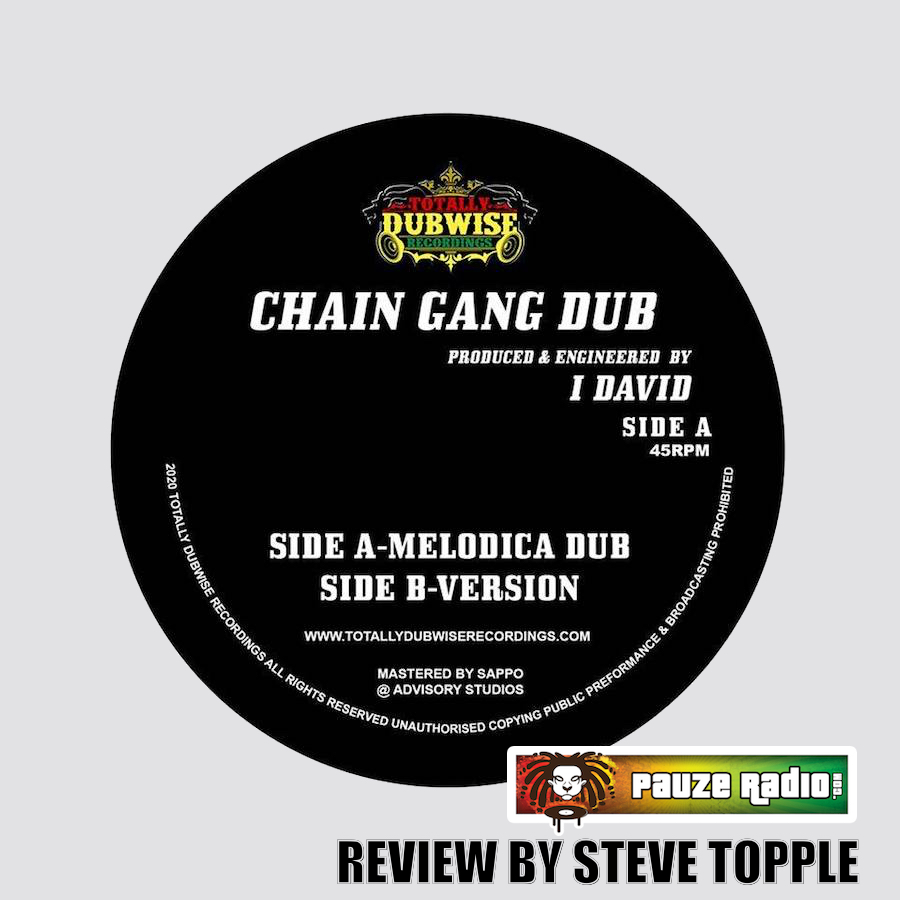 One of the UK’s most recognisable Roots-based producers is back with a new cut. But it’s actually a reworking of a classic 1980 track. And with only 500 copies pressed on 7” vinyl, I David’s latest offering is sure to quickly become a classic.

Chain Gang Dub, released via Totally Dubwise Recordings, is a bang-up-to-date interpretation of Augustus Pablo’s track of the same name. It’s a bold yet effective cut.

Side A of the 7” is the main cut: Chain Gang Dub (Melodica Dub). While Pablo’s melodica remains the focus and the thrust of the track is similar to the original, the arrangement and production is such that it’s moved it into a different territory altogether.

The opening few bars of the Melodica Dub are essentially the same as the original. But quickly the embellishment becomes clear. The basic roots device of a bubble rhythm is there, but more prominently than the original and dispensed by a tinny, lo-passed synth piano. The bass line on Pablo’s cut was generally (except for the bridge) on a two-bar riff, focusing on the first and second beats, then dropping out on the third and every other fourth. I David has embellished its role on his version, making it more syncopated and filling in the space in each bar’s final two beats. This drives the track forward more, almost accenting the music’s message.

Meanwhile, a Hammond-esque organ has been given more prominence than on the original. This adds some heavy Funky Soul to the mix, as it frantically riffs and improvises – almost performing a backing vocal duty to the melodica; at times a response to its call. The percussion is actually the most stripped-back aspect of the Melodica Dub – performing a muted one drop, with the occasional flourishes on final upbeat. The odd synth effect flies in and out. Electric guitars also play their part, filling in the blanks at the end of each bar. But they come into their own towards the end of the track, performing some funky riffs to compliment the main melody.

But the melodica is, of course, the star of the show. I David has done a sterling job of interpreting Pablo’s original performance. At times it’s almost identical; no mean feat given the original was probably improvised. But the melodica performance is just as rich, and compelling in its storytelling.

However, what I David has also succeeded in doing is giving the whole track a more urgent, pressing feel. While the original felt raw and unsettling, focusing the mind on the subject matter, Melodica Dub almost reinvigorates it to a 21st century mood. It’s driving, relentless and almost unrepentant in its justified anger.

Side B is a straight up Dub version for the connoisseurs out there, but also for anyone who wants to see the original taken to its riddim potential. Gone is the melodica, but that doesn’t matter – as the smart instrumentation and arrangement would lend itself well to some vocals over the top.

I David has done a fascinating and intuitive reimagining of Pablo’s classic. And the father of the melodica would surely be more than happy with the result. I David Chain Gang Dub Review by Steve Topple (4th April 2020). 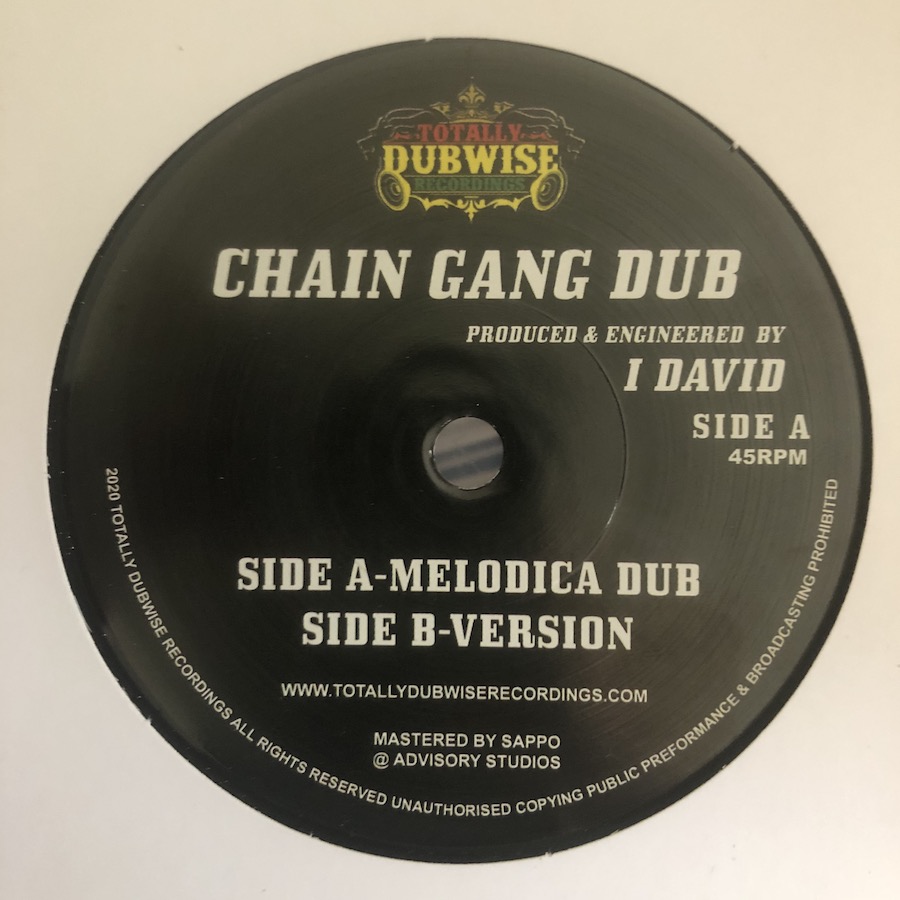