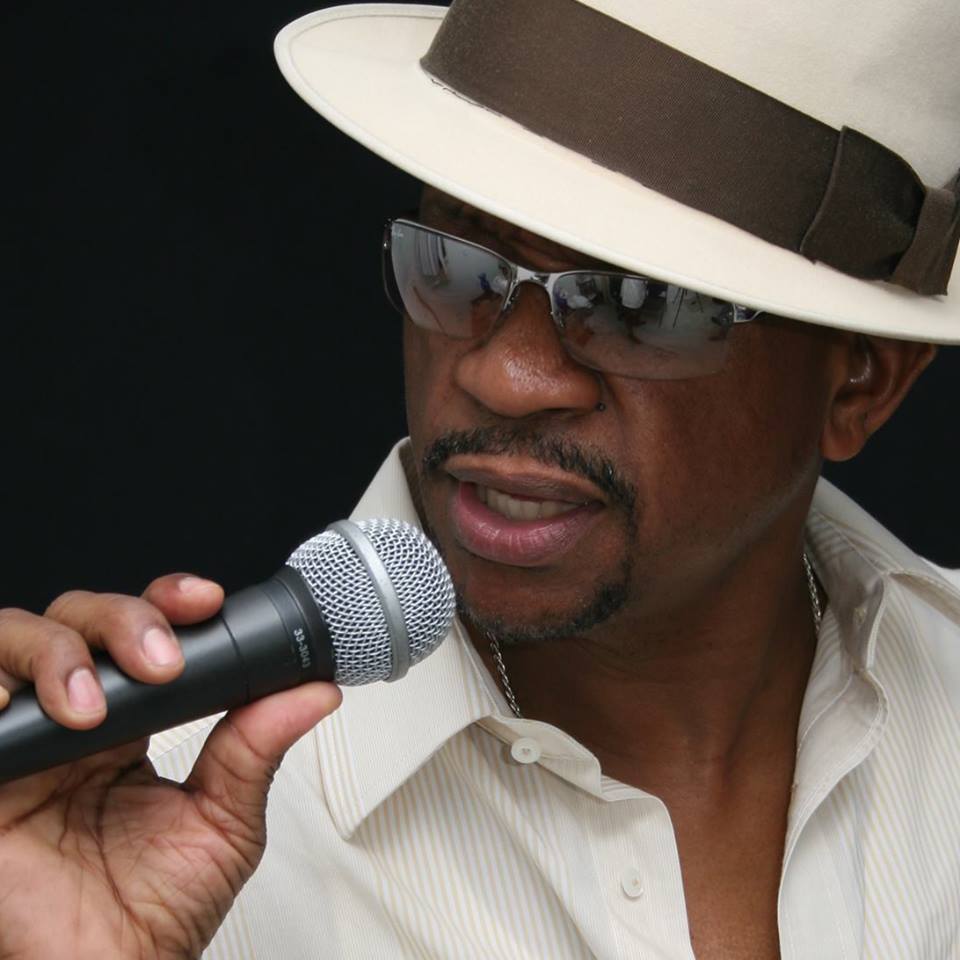 Singer/songwriter Hopeton Lindo released his highly anticipated 4th album “My World Your World” in Sept 2015, again he captures the positive vibes of an excellent collection of songs, thus creating a well balance album. Multi-talented Hopeton Lindo or “The Pen” as he is affectionately called for his song writing ability, is used to donning many hats, and it is no different with his new album.

He multi-tasks as songwriter, singer and producer on this sixteen tracks journey, of which fourteen are originals with the signature sound of The Pen. The album opens with the title track remix, featuring the legendary Dennis Brown, Luciano and Sly & Robbie, and it closes the set with the ballad mix featuring Dennis, Luciano and Dean Fraser. The other featured guests on the album include Anthony B on Turf, Mikal Rose on Roadblock People, Fiona on In The Mood, and Freddie McGregor and Rory (Stone Love) on Bite De Dust.

My World Your World addresses some crucial world issues with songs like Children Under Attack, John Lennon’s Imagine and Empress which is in celebration of women. The album is balanced by love songs like Love You All Over Again, Hey Girlfriend, Heavenly, If You Only Knew and Lost Without Your Love. He pays tribute to the legendary Gregory Isaacs on the track Red Rose For Gregory and gives an excellent rendition of Al Green’s Let’s Stay Together.

My World Your World is a chestnut of good vibes and enlightening messages, all delivered with passion and conviction by Hopeton Lindo, this album is highly recommended and should indeed be considered a future collector’s item.

Hopeton Lindo grew up in the Kencot community of Kingston, Jamaica. He recorded his 1st song “Black History” in 1979 for producer Mikey “Dread at the Control” Campbell and have since recorded for Music Works, King Tubbys, King Jammys, Two Friends, Cell Block, Heavy Beat, Irie Pen label and others. He produced and recorded his 1st hit song entitled “Territory” in 1987, this song is a genuine classic and continues to be a vital weapon in any dance clash.

He attained his dancehall experience from being a part of the Black Star Int’l sound system crew with Brigadeer Jerry, Tiger, Anthony Malvo and others. During his stint at Music Works Studio in the 1980s he established himself as one of the great songwriters in Reggae and was given the name “The Pen” for writing / co-writing hit songs like “Telephone Love” by J.C Lodge, “Mr.Loverman” by Shabba Ranks, “Red Rose for Gregory” by Gregory Isaacs,“Confidential” by Aswad, “First Impression” by Dennis Brown, “Can You” by Brian and Tony Gold, “Temptress” by Maxi Priest, “Wanna be Loved” by Buju Banton, “Don’t Test Me” by Deborahe Glasgow plus many more songs.

Hopeton Lindo was honoured by ASCAP in 1993 for co-writing “Mr. Loverman” which was among the songs that reached the top ten R&B music charts in 1992. He was also the recipient of the Martins Int’l Songwriter of the Year Award for 1992. Being kept busy behind the scenes, he made the decision to focus on his songwriting and production career.

Hopeton Lindo wrote “We Want Peace” a track produced by Willie Lindo and performed by Kashief Lindo, Hopeton Lindo, Beres Hammond, Jimmy Riley and Cynthia Schloss appealing for world peace during the Gulf war. He co-produced Marcia Griffiths album entitled “Shining Time” in 2005 and also did duties as songwriter, singer and project manager for the making of the album. “Shining Time” which featured guest appearances by Shaggy, Beres Hammond, Annette Brissette, Cutty Ranks and himself.

In 2005, tracks on Turbulence’s “Nah Sell Out” and Causion’s “One Life to Live” albums were co-produced by him and in 2006 his newly designed Irie Pen label released songs on the Treatment Riddim various artistes album featuring artistes like Everton Blender, Annette Brissett, Cherine Anderson, Fiona, Anthony B, Glen Washington, Anthony Cruz, Ambilique and others. In 2007, the international popularity of the original dancehall classic “Territory” lead to a “Territory Remix” which featured Anthony B and himself, it was well received worldwide.

The year 2007 also saw the official return of the vocalist Hopeton Lindo, He releases his 3rd solo album “Turf”. This album was patiently put together and featured guest appearances by the legendary Gregory Isaacs, Anthony B, Lady Saw, Annette Brissette and Peter Gayle. Taking the airwaves in Jamaica by storm and reclaiming his turf with his new album and video getting heavy rotations, plus increased media visibility and album sales. This all resulted in the “Turf ” album earning the # 1 position on the Jamaican Music Countdown Album Charts for two consecutive weeks.

Lindo began to spread his wings further in 2009, by recording for Sly and Robbie’s Taxi label, Bobby Digital’s Digital B label plus others. This move no doubt increased his popularity among the masses. Hopeton also paid tribute to the ReggaeBoyz football program by recording a special “ReggaeBoyz Territory” song as his original Territory song is always played at the National Stadium in Jamaica whenever the ReggaeBoyz plays at “The Office”.

In 2010 he co-wrote and produced the Jamaican Diaspora movement theme song entitled “I am Jamaica”. The song featured some top Reggae artistes namely Shaggy, Freddie McGregor, Marcia Griffiths, Anthony Cruz, Sophia Brown, Peter Gayle, Courtney John, Fiona and Hopeton Lindo making their contribution towards the positive image of Jamaica through music. Other special projects that he has contributed to include his co-writing and performing on “We’ll Always Be There” a song inspired by the devastating earthquake in Haiti; this song was produced by Willie Lindo and performed by various artistes, proceeds were donated to Food For The Poor. In 2011, he also co-wrote and performed on the Jon FX production of “We Are One Japan” in response to the devastating earthquake in Japan, another various artistes collaboration.

Hopeton continued to have an impact with the release of singles like “Roots Diva” and “Bite De Dust” (both radio hits in South Florida) in 2011 and 2012 respectively. In 2014, his remake of “Red Rose for Gregory” hit the number 1 spot on the South Florida Top 25 Reggae singles chart and he again hit the coveted number 1 position in 2015 with his rendition of the Al Green classic “Let’s Stay Together”.

Over the years, Hopeton has shared the stage with some of the best Reggae artistes. He’s a product of patient development and is safe at all levels, as quoted by journalist Jahbulani Tafari “The true measure of greatness is a combination of talent and ‘heartical’ humility, Hopeton Lindo is more than equal to the measure”. 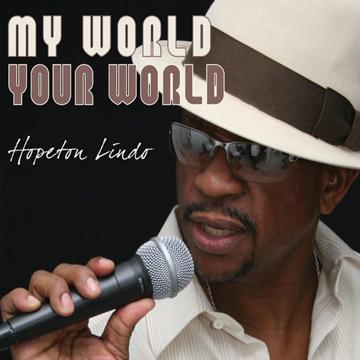 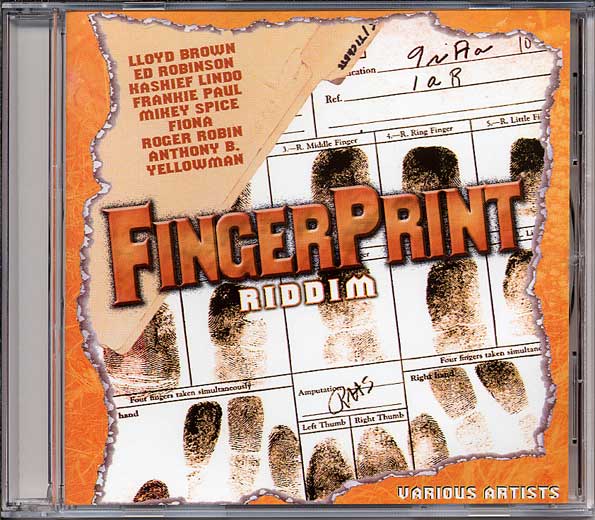