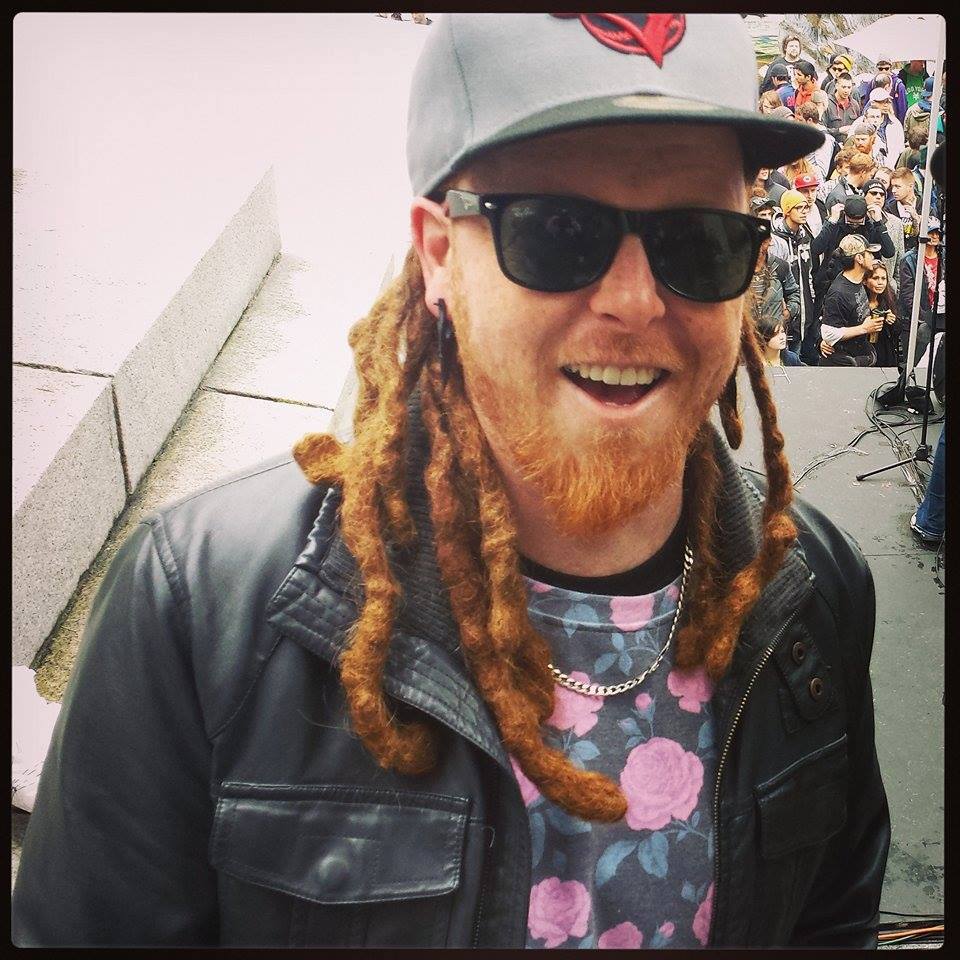 In 2011 Gisto made his first journey to the Fatherland of Reggae Music: Jamaica. He arrived with no hotel, no contacts and no idea what he would find there – just a desire to connect with the music and culture that influenced his life. Within about two weeks on the island, Gisto went from a stranger to a recognised musical personality on Jamaican television.

Upon arrival his first step was to catch a taxi. He played his album “Just the Beginning” for the taxi man named Pretty. ‘Pretty’ quickly recognised Gisto’s talent as a singer, producer, and multi-instrumentalist. He introduced him to the Jamaican born artist DreZee with hope that Gisto would find his musical footing on an otherwise difficult island to navigate. After a half hour of showcasing his beats and music in Dre’s studio, Gisto was invited to stay-on. Within a week the artists had done a number of collaborations and shot videos. Dre then introduced Gisto to the rest of Jamaica thru the debut of their video for “Invincible” on HYPE TV. From that point Gisto’s fate was sealed. He was now recognised on the same level as the artists that have influenced his music for years.

However, Gisto is more than a Reggae artist/producer. He is changing the sound of music one song at a time. By combining the sounds of Reggae, Dancehall, Pop, Dub-Step, and Hip Hop along with his smooth one of a kind vocal styling, he creates a sound that is uniquely his own. One fan said that it’s easy to fall in love with his relatable songs that speak to personal and worldly matters. Many fans have claimed that once a Gisto CD is played it stays in rotation until it skips or is stolen.

A creative youngster from London, Ontario, Gisto had an early dedication to music, studying jazz and contemporary guitar styles. He was a member of the Jazz band throughout his high school days, and enjoyed singing and playing guitar with several bar bands during his youth. To further enhance his musical career, he enrolled in the music program at British Columbia’s Selkirk College. While there, he continued performing locally with members of ‘Kangaroo’, a band with London, Ontario origins. He took pleasure in forming spin-off groups and performing as a solo artist.

After years on the road as a performer and the musical director for the successful underground band ‘Wassabi Collective’, Gisto has honed his skills and is moving in his own direction. He is currently in the prime of his writing/producing career, having recent collaborations with Lutan Fyah and Marky Lyrical.

The Wassabi Collective band has been featured on the PBS series RoadTrip Nation. They were the #1 Band in Relix Magazine’s ‘On the Verge’. They were awarded a People’s Choice Award at the Independent Music Awards and won 4 Toronto Exclusive Magazine Provincial Awards. Their second full-length studio record, “Get It”, received the 2010 Urban/Dance Recording of the year honour from BCIMA. Their “Stories Not Forgotten” won Album of the Year in 2008. Wassabi Collective captivated large crowds as they took to the stage at Whistler BC during the 2010 Winter Olympics. The band has shared the stage with Bedouin Soundclash, K’ Naan, Michael Franti & Spearhead, K-OS, Femi Kuti, Hot Hot Heat, Randy Bachman, Bassnectar and Adham Shaikh.