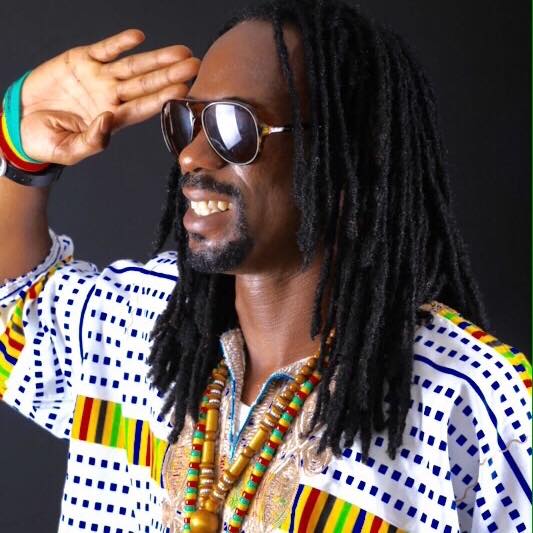 General Levy is a true veteran of the UK urban music scene. Born Paul Levy in Central Middlesex Hospital NW10 London England in 1971, Levy grew up in the vibrant Harlesden and Wembley area for most of his early years, surrounded by different West Indian, European, Asian and African influences.

He grew up in a community heavily influenced by reggae music and black culture and from an early age, a certain militancy was instilled in him along with a love and respect for rebel music. He was also inspired by his big brother Winston Irie who had a vast record collection of music from ska to rock steady, calypso to soul, hip hop and reggae that gave Levy a steady diet of music through his adolescent years.

In 1981 Levy started collecting sound system dancehall tapes from Jamaica and UK which were a big inspiration to him as it captured the live atmosphere of the session on cassettes which Levy soon became an avid collector of. At the age of twelve Levy started writing lyrics and by fourteen he formed a sound system along with his friends which they called Third Dimension. It was the first of many sounds Levy would join. He went on to various sound systems in the north west London area such as Vigilante from Stonebridge and Java Nuclear Power where he met Joe 90 and crew, but it was TipperTone Sound that really signified the arrival of General Levy to the UK MC circuit.

General Levy went on to build a reputation as a creative and talented MC in the area and after a few years on the circuit he was soon approached to do some studio recordings. Lloydy Crucial and Robbo Ranx were the first producers to work with Levy on studio projects releasing underground tracks such as ‘Tell Me Why’ and ‘You Can’t Hurry Love’ in which Levy was assisted by the vocal talents of longtime singer bredrin Jnr Dan. Levy then went on to work with one of the biggest independent reggae labels Fashion Records who alongside their in house producer Gussie P unleashed a string of underground dancehall fillers such as ‘Original Length and Strength’, ‘Heat’, ‘Breeze’, ‘The Wig’ and ‘Champagne Body’. He released his first album for Gussie P, entitled Double Trouble in 1992 which was collaboration with Jamaican superstar Capleton which confirmed Levy’s arrival on the international reggae circuit. He went on to work with various UK labels such as Justice Records owned by hip-hop DJ Tim Westwood, also Fashion Records in which he released his second album ‘Wickeder General’ which was voted best reggae album for 1992. The album track ‘Heat’ was voted best single and General himself was voted best reggae DJ/MC by the British reggae industry in which Levy was presented with three gold awards in one night at the London Hippodrome by Frank Bruno amongst other celebs. Levy was also voted best UK singer the following year at a The Black Music Awards which confirmed Levy as the UK premiere MC.

Fashion Records and The General were approached later on in 1993 by London Records to re-release the award winning album Wickeder General repackaged with bonus tracks and re-titled Wickedness Increase in which one of the tracks titled ‘Monkeyman’; a Toots and the Maytals classic was chosen to be released as a single. Levy called upon the singing talents of longtime singer friend Jnr Dan to collaborate on the track with him which went on to receive moderate but adequate success in the mainstream charts.

In spring 1994, Levy was approached by independent jungle label Renk Records to collaborate with up and coming hot jungle producer M Beat who had already established himself in the underground jungle arena with a string of hits to his credit. The collaboration was a success and the track ‘Incredible’ was unleashed June 1994 and after causing a massive storm on the underground it went on to be licensed to London Records, then subsequently went on to achieve top ten status in the national mainstream charts bringing the track worldwide acclaim as one of the biggest jungle tunes on the dance floor.

Since then General Levy has gone on to work with various producers such as Sly & Robbie and Sting International, Shaggy, Steelie & Cleevie, Artful Dodger, Jetstar, Ajang, Joe Grind, Gussie P, Stingray, Heartical Records, to name but a few. Levy remains a Lionheart artist riding through the ups and downs of the music business and still maintaining focus, a love and joy for the business and people; and just like a fine wine getting even better with time and bringing the fire to any place he performs at! Peace and Jah love. 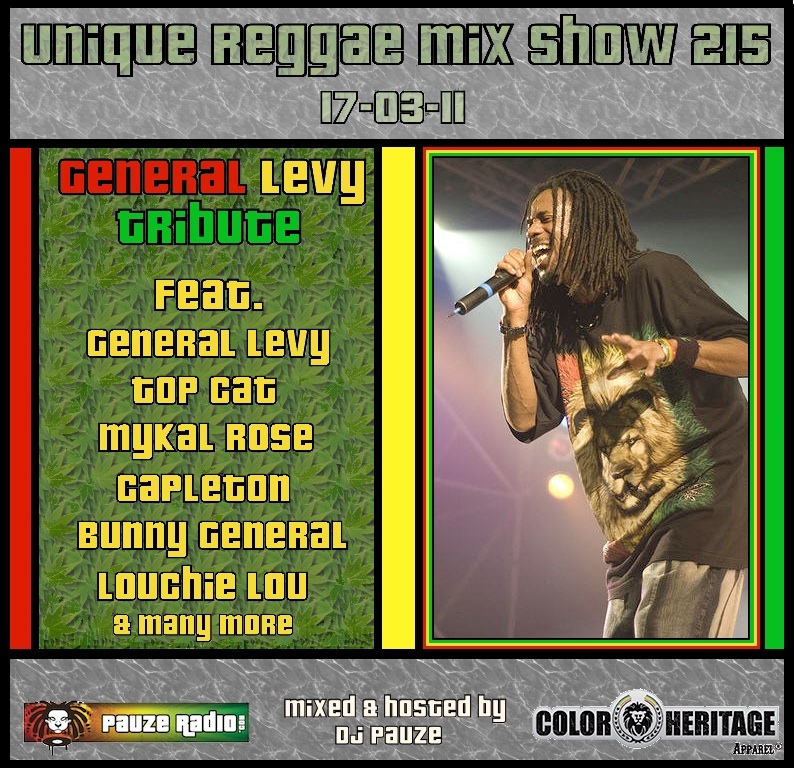