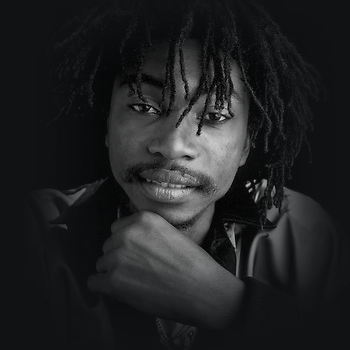 One of the most exciting young talents to arise out of the ’80s dancehall scene, Garnett Silk began his career as a child toaster, but ended it as one of Jamaica’s most astonishing singers; with a rich and emotive voice, he took the nation by storm. He seemed destined for international stardom, when his career was cut cruelly short by his death in 1994.

Born Garnett Damoin Smith in Jamaica’s Manchester parish on April 2, 1966, the young DJ-to-be, had decided on his career choice as a small child. Encouraged by family and friends, Silk first took the stage at the Soul Remembrance sound system at the tender age of 12, under the moniker Little Bimbo. The tiny toaster so impressed the audience that he swiftly began DJing regularly, first at Soul Remembrance, and then as the decade turned, at Pepper’s Disco, Stereophonic, and then Destiny Outernational. It was at this latter sound system where the teen first met Tony Rebel, another Manchester native. Rebel was making a name for himself as a cultural toaster and went on to become a major influence on the dancehall scene, and on Little Bimbo himself.

The DJ was still in his teens when he cut his first song, 1985’s “Ram Dance Master”; he may have recorded others, but none have yet surfaced. It was another two years before Little Bimbo’s debut single, “Problems Everywhere,” appeared. Cut with producer Delroy Collins, the posthumous Journey album features not just the single, but an album’s worth of material recorded by the two at this time.

In 1987, Little Bimbo linked up with Sugar Minott and recorded the “No Disrespect” single for the older man’s Youth Promotion label. Coincidentally, Tony Rebel was at this time the star DJ for Minott’s Youth Promotion sound system, and he and Little Bimbo immediately hooked back up. The pair began performing as a duo around the sound systems to much acclaim. The Garnett Silk Meets the Conquering Lion: A Dub Plate Selection album dates from about this time and features a clutch of exclusive recordings the DJ cut for the sound system from the mid-’80s through the end of the decade. Rebel, a Rastarfari, eventually converted Little Bimbo to his religion with the help of dub poet Yasus Afari, a close friend of both the DJs. If Rebel had a massive impact on Silk’s religious beliefs and toasting themes, Derrick Morgan would have an equal impact on his career.

In 1989, the veteran singing star and producer brought Rebel and Little Bimbo into Bunny Lee’s studio in Dunhaney Park to record the two both individually and as a duo. Morgan had one listen and sat Little Bimbo down and gave him some fatherly advice — stop toasting and start singing. he Heartbeat label’s Tony Rebel Meets Garnet Silk in a Dancehall Conference compiles these early Morgan-overseen recordings and captures Little Bimbo (and he was still known by that name at the time) at the crossroads of his career. Several of the tracks are pure toasts, others are somewhere in between, but when Little Bimbo sang, even though his delivery still has the clipped tones of dancehall, he was magnificent. His solo cover of “Killing Me Softly With Her Song” was heartbreaking in delivery, while “Help the Poor and Needy,” a version of “A Little Oil in My Lamp,” split between Rebel’s rough toasts and Little Bimbo’s fervid singing, was equally memorable.

Over the next year, the still maturing singer cut a number of singles for a variety of producers — King Tubby, Donovan Germain, and Prince/King Jammy amongst them — before hooking up with Steely & Clevie in 1990. He inked a contract with the production team and recorded an album’s worth of songs for them. However, only one, “We Can Be Together,” a duet with Chevelle Franklin, was actually released, at least in the singer’s lifetime. Discouraged, he returned to Manchester and threw himself into songwriting, often in partnership with an old friend, Anthony “Fire” Rochester. The intervening period wasn’t a total waste as he now had a sheaf of new songs and a new name. Besides the one single, Steely & Clevie had also convinced Little Bimbo to drop his old moniker and take up Garnett Silk instead; the silk, of course, referring to his smooth, silky tones. Another run-in with Tony Rebel brought an introduction to Courtney Cole, owner of the Roof International label. Silk would record a plethora of seminal songs at the producer’s Ocho Rios studio, amongst them were the hits “Mama,” “Seven Spanish Angels,” and a phenomenal cover of the Johnny Nash classic “I Can See Clearly Now,” the biggest smash of the group.

Roof International would posthumously bundle up these early singles and other material recorded at this time for the Nothing Can Divide Us album, which the VP label picked up for the U.S. By 1992, Silk was in Kingston in the studio with producer Bobby Digital, recording his debut album It’s Growing. Split between deeply cultural themes, spiritual songs, and romantic numbers, the album went on to become one of the best selling in Jamaica that year.

Over the next two years, the singer would record with most of the major name producers on the island, both on his own and in partnership with Tony Rebel. He cut a swathe of songs with King Jammy, including “Fill Us Up With Your Mercy” and the fabulous “Lord Watch Over Our Shoulders.” The latter track titled a 1994 compilation released by the Greensleeves label in the U.K. and boasts seven Jammy cuts and a clutch of hits for other producers. 1993’s Gold, released by the U.K. Charm label, bundled up more hits from this period. Amongst them was the inspirational “Zion in a Vision,” a Jamaican number one cut with producer Jack Scorpio, as well as Silk’s first international hit, “Hello Mama Africa” (produced by Richard “Bello” Bell) for the Star Trail label, which topped the reggae chart in Britain. There were equally masterful recordings for Sly & Robbie, including the deeply religious “Thank You, Jah” and the haunting “Green Line.” But the pace was becoming too much and Silk collapsed during a show at the Ritz in New York City. The exhausted singer was forced to cancel all his scheduled appearances for the next six months, most crucially of all, Reggae Sumfest. However, Silk bounced back in 1994 and set back to work. In a show of good grace, he rejoined Steely & Clevie and cut the “Love Is the Answer” single, another massive hit. “Fight Back,” produced by Richie Stephens, was next up. By then, the singer was ready to re-take the stage, which he did with a vengeance at that year’s Reggae Sumfest and Reggae Sunsplash festivals. His phenomenal set at the latter event was captured for the Live at Reggae Sunsplash 1994, released in 1999 by the Tabou1 label. Having inked an international distribution deal with Atlantic Records, Silk now entered Tuff Gong studios with producer Errol Brown and the cream of Jamaica’s session men to begin work on his second album. He’d recorded ten songs and the album was nearing completion when he went home to visit his mother. Silk had borrowed a pair of guns from his attorney after his home had been burgled, but had no idea how to use them. Sitting with a couple of friends at his mother’s on December 9, one offered to show him how they worked, at which point the gun accidentally misfired, hitting a propane tank and setting the house ablaze. The singer, his friends, and his two brothers made it out safely, only to discover that Silk’s mother was still trapped inside. The singer rushed back into the house to save her, but it was too late and both were lost in the fire.

Since then, Silk’s music has been kept alive by numerous compilation albums, including two collections of his dubplates, Kilamanjaro Remembers Garnett Silk (Jam Down 1999) and Rule Dem (Trojan/Sanctuary 2006). In 2000, Atlantic finally released The Definitive Collection, a two-CD set showcasing the ten tracks the singer had recorded during sessions for his unfinished second album. These songs quell any doubts about the singer’s future: international stardom awaited. However, there is no use mourning what might have been, nor in mourning what the world has lost. The world is left with Silk’s rich legacy of songs, and his influence remains as strong now as when he was alive. ~ Jo-Ann Greene, All Music Guide