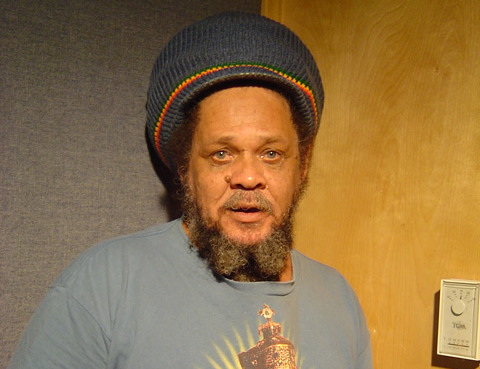 Fred Locks was born on June 7, a Levi, the second of 12 children born to Ivan Elliott and Joyce Jackson. Fred’s talent was obvious as he used to sing any song being played on the radio. At age 12 Fred wrote his first song I Thought She Loved Me, which at age 15 he sang on an amateur festival with school mates, Harvey Campbell, Donald Allison and Junior Harvey. At that time they all attended Vauxhall Senior Modern School (now Junior Secondary).

Fred came from a musical background, his father and eldest brother (his brother is now deceased) were self taught guitarist(s). His brother was lead guitarist in a band called The Rivals. The first band that Jackie Mitto played keyboards with. 1967, Fred formed a group called The Lyrics along with Delmar, Snaw Campbell and Albert Tomlinson aka Beenie Byrd. That same year they recorded a song called A Get It in the ska era for Coxsone’s Studio One Label. They did two other songs that year Too Money Lover and You Made Me Sort. In 1968 they recorded two more songs on the Studio One Label Girls Like Dirt and Old Man Says.

Fred started doing live gigs, mostly in his hometown Harbour View at an American owned Club Lemon Tree Lounge. He was joined on stage by a female American artiste one night at the (LTL) to sing Yesterday. who commented that she never knew that Jamaica had such great singers. Fred’s solo career began in 1975; his partners migrated to USA and Canada in the late sixties. Fred’s signature song (known as the anthem) Black Star Liner was recorded in 1975 and became a mega hit both at home and abroad. An album of the same name helped Fred to become a house hold name. This album is now available on CD and is being distributed in the USA by VP Records.

In 1976 Fred formed a group called Creation Steppers they recorded two tracks, Stormy Night and Life Is Funny. Later they recorded an album called Love and Only Love distributed by Greensleeves. Fred Locks toured England in 1978 and the USA in 1979 both tours were successful. Fred Locks has shared the stage with greats like: Dennis Brown, Bob Marley, Mighty Diamonds, Leroy Sibbles, Horace Andy, Ken Boothe, Freddie McGregor, Morgan Heritage, Judy Mowatt, Marcia Griffiths, Shabba Ranks, Bounty Killer, Red Rat, Luciano, Mikey General, Sizzla, Coco Tea, Everton Blender, Yasus Afari and many more greats. He also appeared on most of the top shows in Jamaica: Sumfest 96, Rebel Salute 99 and many many more. Fred Locks appeared in Trinidad in 1999 to an estimated 25,000 crowd alongside Burning Spear and Anthony B. In August 1999, Fred Locks, Mighty Diamonds, Lady Saw, Wayne Wonder and Prince Alla did two well attended shows in London and Birmingham. In July of 1999 he did a show in Bermuda alongside Sanchez and Merciless.

In 1998 an album/cd Never Give Up was released by Fattis Burrell on his Xterminator Label in Jamaica. This was also released in the USA by VP Records and in England by Jet Star. Fred’s 2000 releases includes a version of Rastaman Chant produce by Chris Records and a cd The Missing Link also distributed by VP Records and Jet Star, Hugh Boothe and Jonnie Goulbourne are the producers. Since 2002 Fredlocks has been touring the Caribbean extensively, he has had the distinct honour of performing for the 227th descendant of King David, His Imperial Majesty Haile Selassie I grandson H.I.M. Zere Jacob in both Trinidad and Tobago and Barbados. He toured the islands last year with a Twelve Tribe of Israel musical showcase.

The U.K. has seen Fred twice in the last two years; France was also visited by this reggae icon. Anywhere in the world there is a True Rastaman Fred’s signature 10 track album The Black Starliner is known. His electrifying performances are unbelievable for his size, one of his youthful peers when seeing his performance in Europe retorted Father Fred they should not watch your size your dangerous, you a de real big man. A spirited performer Fred’s sense of humour is unmatched. A tree without roots will not grow, this music still needs its icons to continue to give us the Teachings of H.I.M. we don’t want no devil philosophy. Jah is my shelter and sixth street produced by Wayne(Niko)Hinds is from a brand new album call (Fred Locks sing praises) 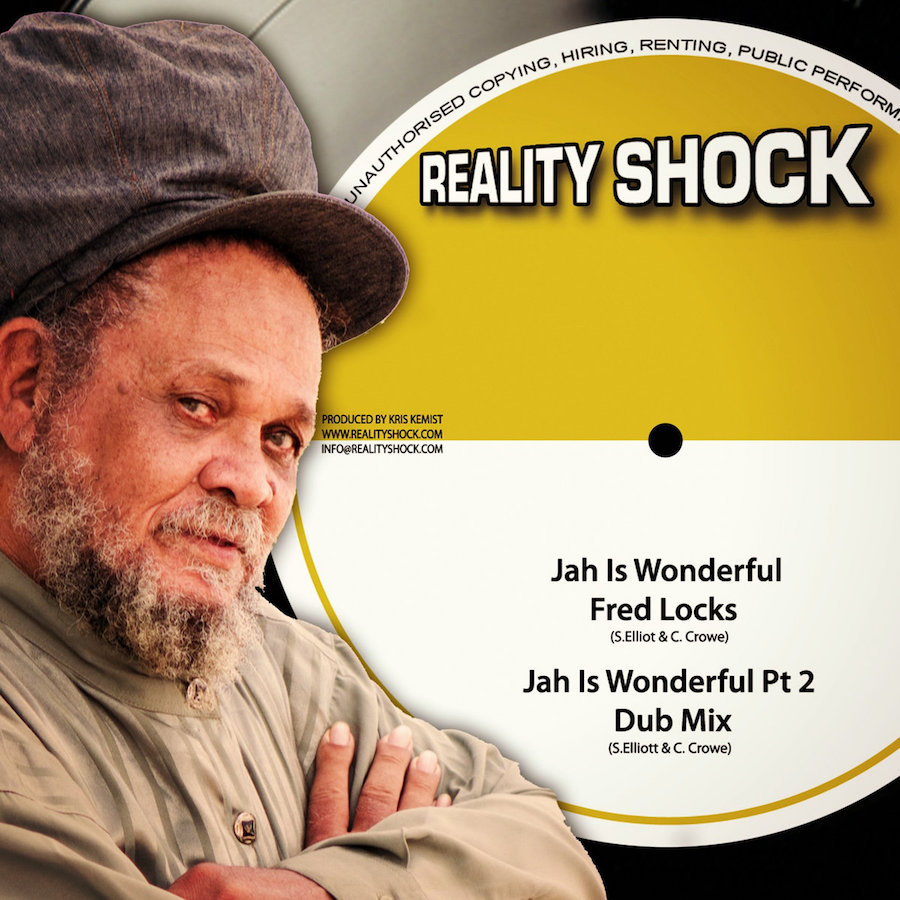