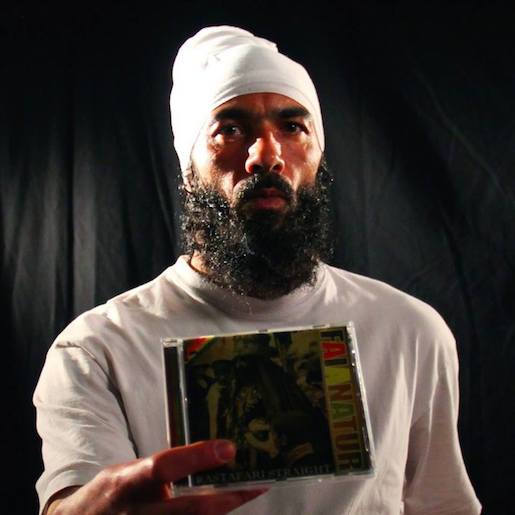 Faianatur was born on the 10th February 1977 to a Tunisian father and a French mother, in Grasse, the world’s capital of perfumes, in south-eastern France. When he was young, he showed a keen interest in music and art in general.

At the age of fifteen, he began writing his first lyrics and would regularly sing in concert bars around Marseille. At the age of seventeen, he recorded an album with 13em cercle but at that particular time the only thing that really interested him was the stage. Although he produced some CDs, he preferred to develop his sound life, performing with artists such as Big Red, Daddy Nuttea and Sai Sai. In 2007, he participated in the making of a compilation for “Marseille Reggae All Stars” and started to make a name for himself.

During a three year journey of festivals and concerts, where Faianatur was a resident artist, he met many musicians which in turn allowed him to experience and participate in all kinds of styles, Roots Reggae and Ragga. Since 2005, supported by Dub Akom and DSS, he has made many appearances on different venues as a supporting act to more established artists, which include Junior Kelly, U-Roy and Culture, to name but a few.

In 2007, after much experience in the field, Faianatur, together with Akadak, close friend and later, manager, created a new musical concept, that incorporates the hybrid made of many styles like hip hop and ragga. Working with different composers and producers, such as OTRMK2, I-Waves and Caterva, the project TOUCH was made possible. They have experimented with different sounds and styles to create an enlightening music mix which is both earthy and out of this world.

After many adventures on different stages through different countries, Faianatur has enjoyed success and continues to keep in touch with his first love, Reggae, recording songs on international riddims; ‘Hungry’ on the Golden riddim is a big hit and is played by DJs around the world. It appears on the compilation which includes the likes of Sizzla and Teflon. His track ‘Jah is Always There’ on the Mirror riddim, has also received a warm reception and features on the compilation with Lutan Fyah, Bushman and Teflon.

2010 will see the launch of the complete album ‘TOUCH’, and Faianatur is planning to tour throughout Europe and beyond, accompanied by OTRMK2. Those who have seen Faianatur in concert have been overwhelmed by his performances and moved by his positive vibes. He has charm and charisma and his words touch the mind, heart and soul. His songs contain messages of profound substances, some say revolutionary thoughts! He has something to say on a variety of spiritual, cultural and personal levels. He aims to use his music to reach a broad spectrum of people from various backgrounds, cultures and classes and as a means of promoting spiritual and social consciousness.