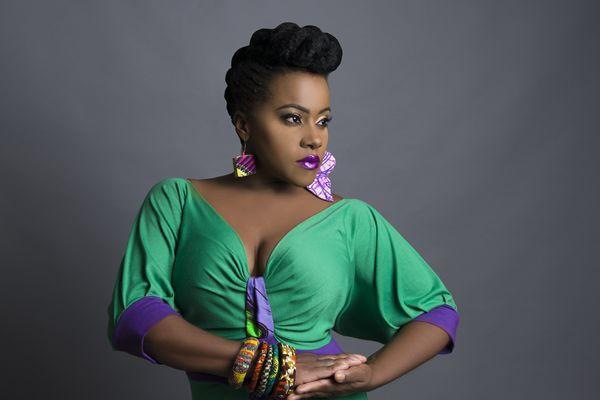 Once in a great while, the world is afforded with a powerful, soulful and unique voice of the people. The ever-so-talented songstress Etana “The Strong One” has emerged as this entity, representing one of Reggae music’s newest faces.

Boasting a flawless soul-soaked voice, in just a few years, she has captivated and inspired legions of die hard fans. In addition to wooing listeners with her rich honey-laced vocals, Etana also proudly dons the hat of songwriter. The singer has boldly struck a chord with the masses, winning the hearts of people one song at a time. Her craft of developing Reggae music masterpieces spans beyond just a means of entertainment. Consistently, she addresses pressing issues in her music. And just like the “The Strong One” translation of her name, her messages are a force to be reckoned with. Crooning of oppression and injustices against all people, Etana never fails to motivate and inspire her audience. Although Etana’s music is often billed as “Roots Reggae,” her style undeniably transcends music genre and is also infused with hints of Jazz and R&B.

Born Shauna McKenzie in August Town, Jamaica, Etana shined as the only girl amongst a mostly male family. From early on, she thrived for making music. Attending school in Jamaica until roughly 1992 and moving to Florida, education was always of great importance to the songstress. While attending college to pursue a Nursing Degree, “The Strong One’s” passion for music peaked. She was especially interested in an innovative blend of music genre that she grew up on. Etana credits a wealth of artists for influencing her love of music, ranging from Reggae stars Bob Marley, Marcia Griffiths and Sizzla Kalongi to R&B crooners like Whitney Houston, Lauren Hill and Jill Scott, among others.

Before her solo debut, she took on many gigs. She landed a slot in the girl group “GIFT,” which was a brainchild of Universal Records. As fate had it, Etana did not enjoy dressing in provocative attire to fit the direction of the “GIFT” or better yet every girl group in the new millennium. And because of this, after putting in a little time, Etana walked away from music completely and returned to Jamaica to open a business.

Music was still her calling, she landed a stint as a backup singer for Richie Spice in 2005. After mesmerising the Fifth Element crew with her explosive vocals, what started as providing background on a single show in Los Angeles, propelled Etana with an opportunity of performing with the artist for 1 steady year. As things progressed, each time Etana looked up, a ticket to travel with Spice awaited her.

She thoroughly enjoyed her time on tour with Richie Spice. “I really loved the energy of Richie and the band,” says Etana. Fatefully, Etana started to create a buzz as a background vocalist — so much so that 5th Element management encouraged Etana to make a solo record. It took a while but eventually Etana recorded two songs: “Time” and “Wrong Address.”

Etana’s quest as a solo artist crafting positive music was fuelled by a young girl who recited lyrics from one of her more racy songs. Embarrassed by this, she firmly believed that if she could sing a song with lewd lyrics, she could utilise that very same energy to create music to uplift, educate and strengthen. From that point on, Etana embarked as a solo artist — determined to make music her way. She has never looked back.

“Wrong Address” was the song that formally introduced her to the massive in 2006. That year, the groundbreaking single thrust her into the radar of the mostly dancehall Reggae music arena. “Wrong Address,” a thought-evoking and spirited single, brought a riveting fusion of Jazz and Reggae to the airwaves. The song received an overwhelming reception from Reggae music fans – resulting in heavy radio rotation in Jamaica and through out the Caribbean. Notably, “Wrong Address” peaked at 1 on a number of Reggae music charts.

Basking in the success of this first single, Etana delivered another major hit, “Roots.” The powerful hook “You can’t water down and dilute” catapulted “Roots” to instant popularity. Truly, “Roots” became an anthem among Reggae music fans. With impeccable influences of African music, foundation Reggae and eloquent Jamaican patois, Etana had another gem on her hands. The videos for these first singles were also received well. Etana continued to exceed expectations with her music releases. Songs like “Warrior Love,” “I am not Afraid,” “Blessings” (ft. Alborosie), “Free” and countless others are just a snippet of Etana’s catalogue, which has steadily strengthened her position in Reggae music.

Driven for success, she took pride in delivering groundbreaking Reggae music. Her musical efforts were centralised on her 2008 smash debut album and namesake “The Strong One” on VP Records. With loads of dynamic music, fans and critics adored “The Strong One” so much that the album and Etana took home numerous coveted awards over the past couple of years. In 2009 alone, Etana copped the “Album of the Year” award at the International Reggae and World Music Awards (IRAWMA) in New York for her debut effort and at the Excellence in Music and Entertainment Awards (EMA), among numerous other accolades.

Etana has been afforded with extensive visibility in 2009, performing in locales throughout the world, including an impressive performance at the Johannesburg 2009 Arts Alive Festival in Johannesburg, South Africa. Notably, for this performance, the soulful songstress was handpicked by the governments of Jamaica and South Africa. Other milestones include unforgettable sets at several high profile music festivals like Reggae Sumfest, Irie Jamboree and the Soul Beach Music Festival in Aruba – where Etana shared the stage with the likes of Jamie Foxx, Common and Robin Thicke. Clearly, this performance exposed Etana’s music to a diverse audience.