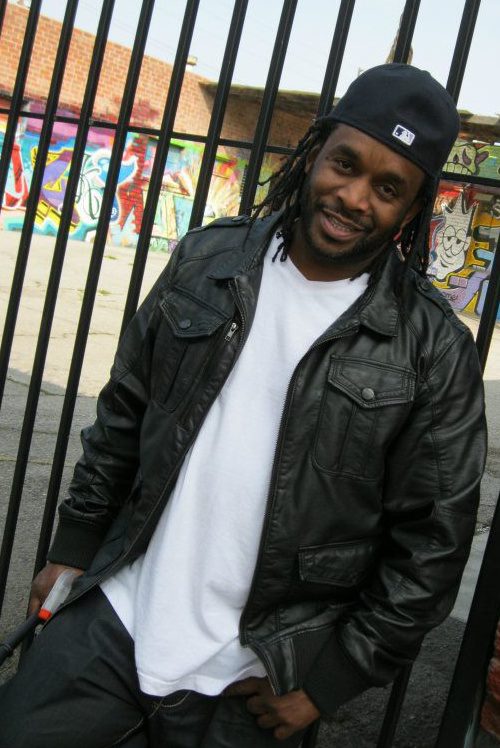 Eljai was born Lloyd Carlton McFarlane Jr. in Belize City, Belize. Soon after, his family moved to the countryside where most of his early years were spent. He has always been known for his humble and kind ways, joyous laughter and his spiritual enlightening conversations.

At the age of five, his family moved back to Belize City where he attended the Ebenezer Primary School Here he met new friends and discovered his hidden musical talent. Soon Eljai was singing at school rallies and contests. His talent developed rapidly and he was encouraged by his friends and family to pursue his career in music.

In the late 1980s Eljai moved to Los Angeles, California knowing exactly what he wanted to do and ready to focus on his career. He was introduced to the DOMINATORS, a local band and was asked to become their lead singer – a position which he gladly accepted. During this time, his love for singing and music grew tremendously and he started to also develop an interest in songwriting. In 1989, Eljai released the EP Give Your Loving To Me, in his native country, Belize. The song, written by Eljai, sky rocketed on the charts and introduced him as a major artist. He continued to grow and develop his fan base. Later that year was asked by a friend to be a guest artist on the Pupa Curly’s “Free Mandela single. In the early 90s Carl MacGregor, the producer of his first EP, introduced him to Kerry Gordy, the son of the legendary founder of Motown Records, Berry Gordy.

Shortly after that meeting, the group Belize was formed and consisted of Eljai, Carl and Delly McGregor. ELJAI and Belize continued to hone their writing skills. They were soon signed to Prince’s Paisey Park label where they recorded their first album. Belize was later signed to Warner Brothers where they wrote and released “I’m Looking Out For You,” the theme song for the TV show, Real Stories Of The Highway Patrol.

His debut CD, Da Rebirth was recorded in 2006 with the production help of musician / producer Fabian Cooke (Born Jamericans / Ziggy Marley / Lion King soundtrack) and master drummer, Carlton “Santa” Davis (Peter Tosh, Soul Syndicate, Ziggy Marley). The single “Blessed” was a big hit that year and later rerecorded with the help of the popular dancehall DJ Capleton aka “The Fireman.”

Eljai had a great 2008 performing on the Caribbean Sea Breeze Festival in California, Panamanian Reggae Festival in New York, Chicago Park Festival and Labor Day Fest in Los Angeles. He hit the Jamaican charts for the very first time with his first single “Don’t Leave”. The video was number one on R.E.T.V. MVP Top 10 Reggae Charts and bubbling on CVM Hitlist Top 5 Reggae Charts. “Don’t Leave” is distributed by TADs International and the rhythm entitled ‘Drop It’ is produced by Flava on the No Doubt Label. Other artistes featured on the rhythm includes Reggae giants Beres Hammond, Marcia Griffiths, Jah Cure, Etana, Chuck Fenda, Morgan Heritage, and Lutan Fyah.

He visited Jamaica during the Christmas season of 2008 for two weeks to promote his new single entitled “I Know” produced once again by Fabian Cooke. Eljai’s visit was successful as he did a lot of interviews with the local media and got a chance to promote his new single. The video for “I Know” will be shot in California and released worldwide in February as his first major project for 2009.

Eljai quickly has became one of the shining new beacons of Reggae music in Southern California and is on his way to extending his light throughout the rest of the world.