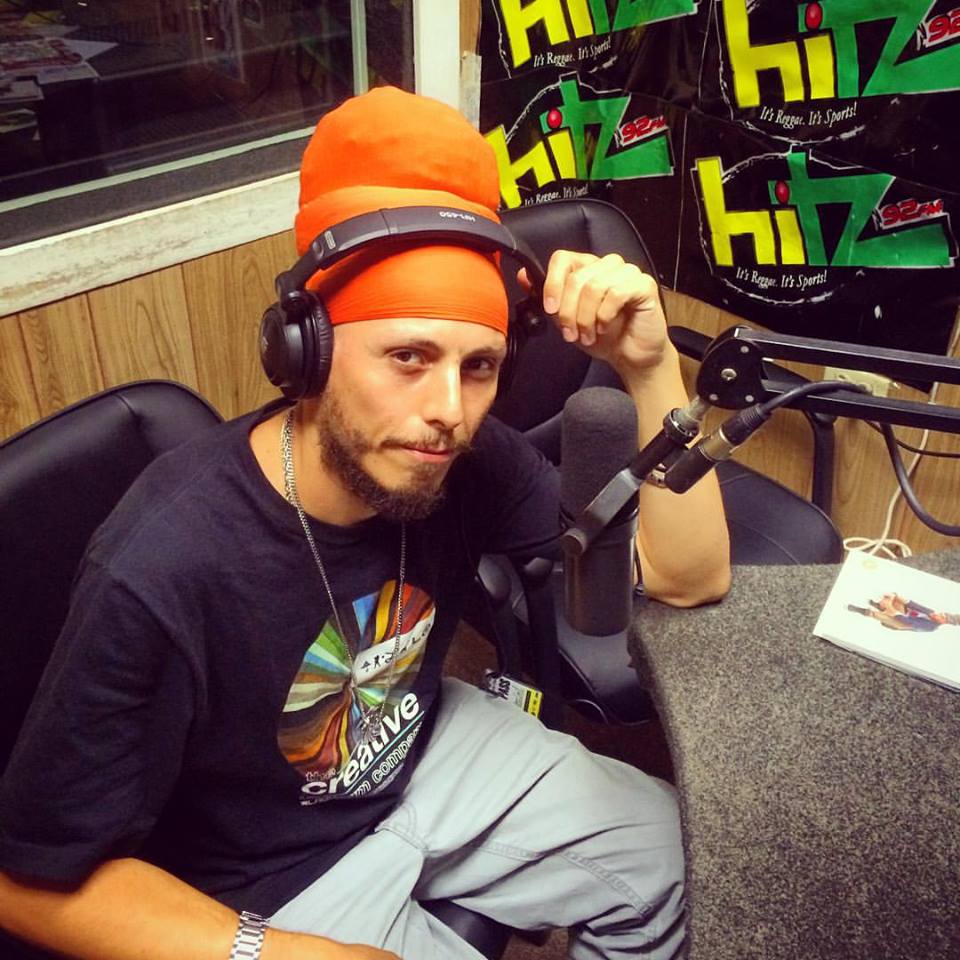 Cookie The Herbalist, for years now, is to be counted amongst Switzerland’s most known, successful and relevant Reggae and Dancehall artists. Thanks to his powerful and energetic performances such as his ability to fascinate his audience, Cookie’s live shows are well known in Switzerland and abroad.

Cookie The Herbalist’s (born Stefano Raschi) musical path began pretty early. Living in Italy (his father was a professional football player there) until he was around seven years. Cookie, like many other Reggae singers, used to sing in a church choir as a child and so found his love for singing and performing. A love that grew even more when he found his parents vinyl collection containing music from Bob Marley, Peter Tosh, Garnett Silk and more. So it happened that Cookie discovered one of his biggest passions: Reggae Music!

During 2000 and 2006 Cookie toured throughout Switzerland with many different acts and as an MC on local sound systems. He was to be heard on countless mix tapes and featured many Hip Hop acts on their albums.

In 2007 Cookie The Herbalist found his way into the Gideon Production Artist Camp (one of Switzerland’s best addresses when it comes to Reggae). The same years summer season turned to be a very promising start of this collaboration.

As support act on Jamaican Reggae star Jah Mason’s 2007 Europe tour, Cookie appeared at the Rototom Sunsplash in Italy (the biggest Reggae festival in Europe, now held in Spain), at the Rumble Reggae Festival in Germany and many more.

In January 2008, Cookie released the song ‚Don’t you tell me‘ on Rootdown Records ‚I Love‘ riddim. This song made it to almost every Swiss radio station. This was the beginning of Cookies continuous presence in Swiss radio playlists.

In September 2008 Cookie The Herbalist’s first official EP ‚The Good Weed‘ was released. Riddims of European Reggae giants like the Ganglords or the House of Riddim Band contributed the EP’s instrumentals. The tune ‚Cyaan Stop‘ featuring Cali P even made it into Red Bull’s and Salomon’s Freestyle-Ski Video ‚Everyday Is A Saturday‘ and earned large international attention, especially in the USA.

In early 2009 Cookie released two new hot tracks for the Dancehall. One of them called ‚Who Dem‘.

After countless shows and studio sessions, an outstanding EP, three totally different single releases in just one year, time had come to finally release Cookie’s debut album ‚Like A Tree‘ in 2010. Its first single release ‚A Girl Like You‘, a sweet lovers tune alongside the lovely Jamaican singer Sophia Squire, announced the album and hit like a bomb. Even before its official release, it already got large airplay on Radio DRS 3 (now SRF3) the biggest Swiss Radio for Urban such as Mainstream music. This song turned to be a summer hit and was to be heard on almost every Swiss Radio Station.

‚Like A Tree‘ kept Cookie touring for over two years all over Switzerland, Austria, Germany etc. It was a full success! In that short time more than 120 shows were played.

In 2012 Cookie was to be heard on many different Riddim-Selections, such as Weedy G’s (CH) ‚Roadster‘ riddim  (featuring artists like Beenie Man, Perfect Giddimani), on Riddim Yard’s (DE), ‚Chupacabra‘ selection, on Blend Mishkin’s (Greece) ‚Mama Proud‘ selection and many more.

The Single ‚Someday‘, accompanied by a very nice video clip, both made it into different Radio and TV Stations and announced Cookie The Herbalist’s next album. And so, in late 2012 the second album ‚Stand Tall‘ hit the stores. This production definitely showed another step in the right direction such as also the next big step in Cookies career.

His songwriting, such as his lyrical and singing skills improved once more and with ‚Stand Tall‘ Cookie presented his audience a very versatile album including tunes from classic Roots, Lovers Rock to ‚Up to the Time‘ – Dancehall. Even some very big combinations with Jamaican Reggae-Superstars Sizzla Kalonji, Luciano, Prezident Brown and intros by veteran Deejay U-Brown are to be found on it.

The album was followed by a special release tour through some of the most important clubs and festivals in Switzerland. Cookie once more impressed the audience with his performing talent, energy and voice.

In 2013 Cookie still toured all over Switzerland and presented his fans a variety of new songs recorded for different producers. New combinations were also recorded and are to be heard on various international releases.

At the end of 2013 Cookie felt like he needed a little break from cold Europe. Once more he went to Jamaica to relax his mind and get new inspiration. In February 2014 he spent some weeks at Inspired Production Studios in Kingston as well. There some great new songs were created. One of them ‘I Wish’, was released in August 2014 and accompanied by an amazing video clip shot in the streets of Kingston. The video got some good response and solid attention by the crowd and was even to admire on different Swiss TV stations. ‘I Wish’ also got featured in Europe’s biggest Reggae magazine RIDDIM.

Still in Kingston, Cookie was invited for interviews at most of Jamaicas top Radio Stations such as Hitz92 FM, Fame FM, Suncity Radio. He also got some nice reviews and held interviews for Jamaican newspapers like the ‘Jamaican Observer’ and ‘Jamaica Star’. The video clips to the songs ‘Inna Mi Car’ and ‘Stand Tall’ even got rotations on Jamaican TV stations like CVM Plus and earned positive feedbacks.

This particular visit to Jamaica gave the artist some new energy and much inspiration.

Back in Switzerland Cookie performed over 30 explosive band- and sound shows such as some very surprising and refreshing acoustic shows. In addition, a short tour with his fellows Baba The Fayastudent and Redwan Fayawan, appearing as the Gideon Allstars was successfully held.

By end of 2014 Cookie voiced many new songs on riddims by Boomrush, Edelholz Music, Inspired, WeedyG and more.
In December 2014 Cookie travelled to Jamaica again, where, besides visiting friends and writing new songs, he also recorded a not yet released combination with legendary Lee ‘Scratch’ Perry.

In January 2015, the song ‘Promises’ produced by Weedy G Soundforce, was released by VP Records. ‘Promises’ got large attention in the international Reggae scene and was even premiered on Swiss National Radio SRF3’s Reggae Special.

Also in 2015 the cultural song ‘Cool & Peaceful Vibes’ was recorded for the French label Head Creator. This song was very liked by the Reggae audience and received positive response from different international Reggae stations. Subsequently the melodic reality song ‘Mek A Change’ (Weedy G / VP Records) and the new hit single ‘Rise & Shine’ (Inspired Music Concepts) where released. Many more, yet not released songs of Cookie The Herbalist are to be expected later this year and in 2016.

After spending some other months in Jamaica shooting new video clips, promoting his new music and projects, giving interviews and singing on different stages and dances, Cookie is now back on European soil for this new year and he brings us his newest release the ‚COOKIEBOX‘ (release date March 11th 2016).
The ‚COOKIEBOX‘ is a multifaceted compilation including the best songs he recorded during the past 2 – 3 years, plus a few titles never heard before. get it here Itunes

Most of these recent songs are contained in the new tour program and Cookie The Herbalist is confidently looking forward to present his very promising new showcase to the Swiss such as to the international audience.