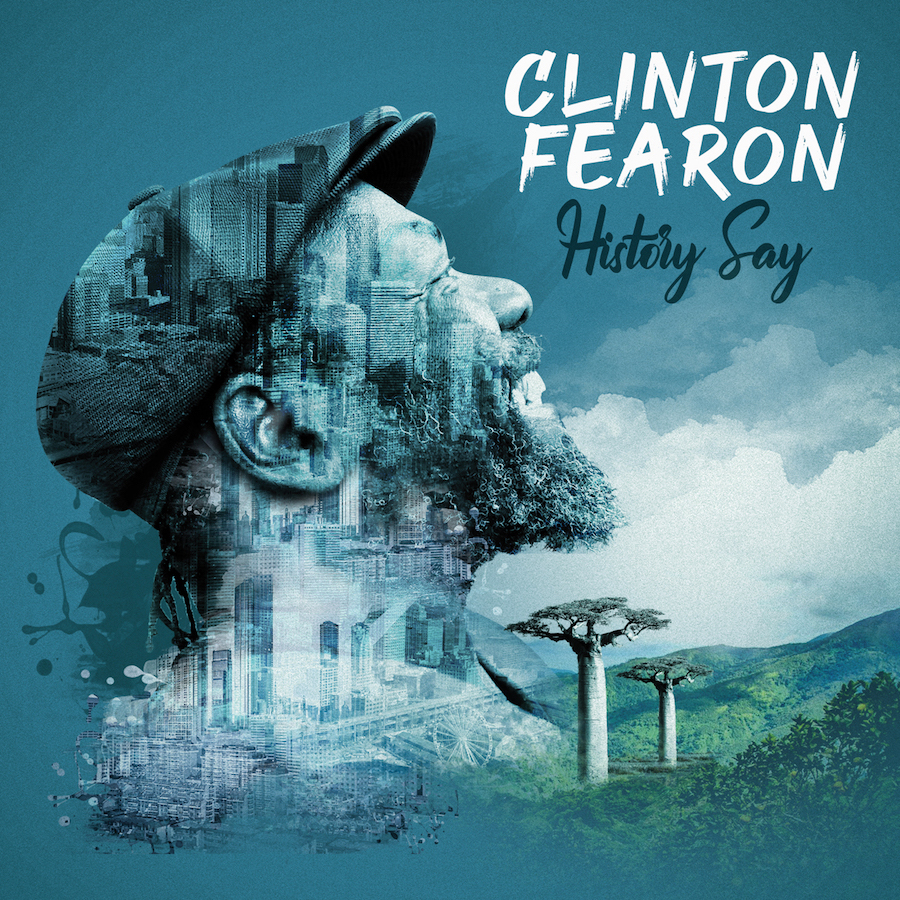 History Say is Clinton Fearon’s self-produced 12th album and his most innovative one so far. After 50 years of professional career, including a glorious journey with The Gladiators and more than three decades under his own name, Clinton Fearon has nothing anymore to prove. And he is taking this opportunity to jump into new musical adventures.

The process was longer than usual for the Jamaican producer, an extra time needed to give this album and each of these eleven brand new songs a special place in Clinton Fearons’s discography. The world changed a lot around him during the five decades spent in the music industry. The teenage singer who joined The Gladiators in 1969 learnt a lot, about music, business, politics and overall, about himself and humanity. The lessons forged Clinton’s history, and he is hoping that mankind eventually learnt from its own history too.

Various topics are covered on “Technology”, the constant hypocrisy of politicians today (they are not much different from the ones who inspired his Gladiators hit “Chatty Chatty Mouth” in the early 70s) with “Mr. Pretender” and “History Say”, or simply the “Time”. Clinton Fearon is inspired by experience and reflection.

The album process was also a bit longer to allow collaborations with other artists to happen. It’s the first time Clinton Fearon opened his universe to people he met during his world travels. Among them features Alpha Blondy on the very special “Together Again” they wrote together. Mike Love joined him in the studio to record these impressive harmonies and scats on “Mr. Pretender”. From Europe, Clinton Fearon invited the Spanish vocal trio Emeterians to sing all the harmonies on the closure song “I Will”. And for the first time also, another singer is leading a song on Clinton’s album: his oldest daughter Sherine Fearon on the humorous “Gimme Some”. Members of Clinton’s Boogie Brown Band also participated to the album.

History Say was recorded for the most part in Seattle with Fearon’s long time sound partner, engineer Mell Dettmer. Clinton Fearon was also looking for a new sound and for the first time since The Gladiators, he went back in studio in Jamaica, this time to record his own music with Sly Dunbar on drums, Gladiators guitarist Clinton Rufus and reggae-dancehall producer Steve “Lenky” Marsden. This Jamaican input definitely gives a new sonic atmosphere to Clinton Fearon’s songs, modern, with a dash of old school.

Curious of many musical genres, Clinton Fearon incorporated some of his favourite ones like jazz African music or dub. A rich and emotional album telling about a man’s story who started with nothing and who could reach the top with work and generosity. A sensitive man who fell in love with France and a French woman. That’s why you’ll can hear some French on “French Connection” and why he’s collaborating now with French label Baco Records.