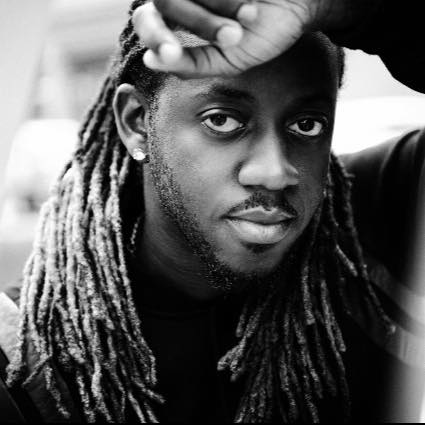 Short Biography: My name is Clayton Morrison and my artist name is Clay. I was born in Kingston, Jamaica but currently reside in London. I am 33 years old and have been into music from a very young age. I taught myself to play the piano by ear at the age of 9. I self taught to grade 4 when my mother decided to send me to piano class. I started in the music industry as a producer and signed to Jay Z’s Roc Nation.

Gav Pauze: When did you first start singing?
Clay: I first started singing around age 10 in the church choir and have continued ever since.

Gav Pauze: Did your family encourage you?
Clay: My mother is a singer also and my grandfather was a great saxophonist, his band used to play with the famous Jamaican poet, the late Louise Bennett. My mum has always supported and encouraged my music especially as we are a musical family. My youngest brother is a DJ and my older brothers sing too. My father plays the guitar and sings. Music was and is a big part of my childhood/life.

Gav Pauze: Who else in your family sings?
Clay: As previously mentioned both my parents and my older brothers sing.

Gav Pauze: Who are your musical inspirations?
Clay: I grew up listening to 112 and Boyz 2 Men as well as gospel singer Daryl Coley. I always admired their vocal techniques.

Gav Pauze: What kind of music do you listen to today?
Clay: I listen to a lot of Indie music. I’m not really a fan of mainstream trends.

Gav Pauze: Do you release music on vinyl?
Clay: Not from my own label (Countrybus Music), but I have a few songs on vinyl that were released by Sillywalks.

Gav Pauze: Where would you most like to perform?
Clay: I never really thought about that to be honest but thinking now, it would probably be Africa. I hear it is an amazing place and far from what we see on TV.

Gav Pauze: Who would you most like to work with?
Clay: There are plenty of artists that I admire and I would work with if the opportunity presented itself, but there isn’t a specific artist that I would like to work with the most. I am open to all possibilities.

Gav Pauze: What do you think about whilst performing?
Clay: I am always lost in the moment and the song so I am never really thinking about anything other than the song I’m performing.

Gav Pauze: If you weren’t singing, what would you be doing?
Clay: I have an entrepreneurial spirit so I would be running my own business, probably in marketing and branding.

Gav Pauze: Do you play any instruments?
Clay: I play several instruments. My main instrument is the piano and I guess now I am singing full time some would say the voice is an instrument too lol. Drums second and I dabble with the guitar.

Gav Pauze: If you dabble in another genre of music, what is it?
Clay: I used to write and produce rnb/hip hop/dance/pop music back when I was signed to Roc Nation but as an artist, I’m passionate about reggae music. I also write film scores and compose music for TV.

Gav Pauze: What genre of music can’t you stand to listen to?
Clay: I can’t listen to Heavy Metal because of the noise and distortion and some Dancehall songs because of the slack and retarded lyrics.

Gav Pauze: What hidden talents do you have?
Clay: I was a keen football player when I was younger and played for a few local teams. If music didn’t draw my attention I may have had a career as a footballer.

Gav Pauze: What can we expect from you in 2016 and beyond?
Clay: You can expect good music as always and a better more mature Clay.