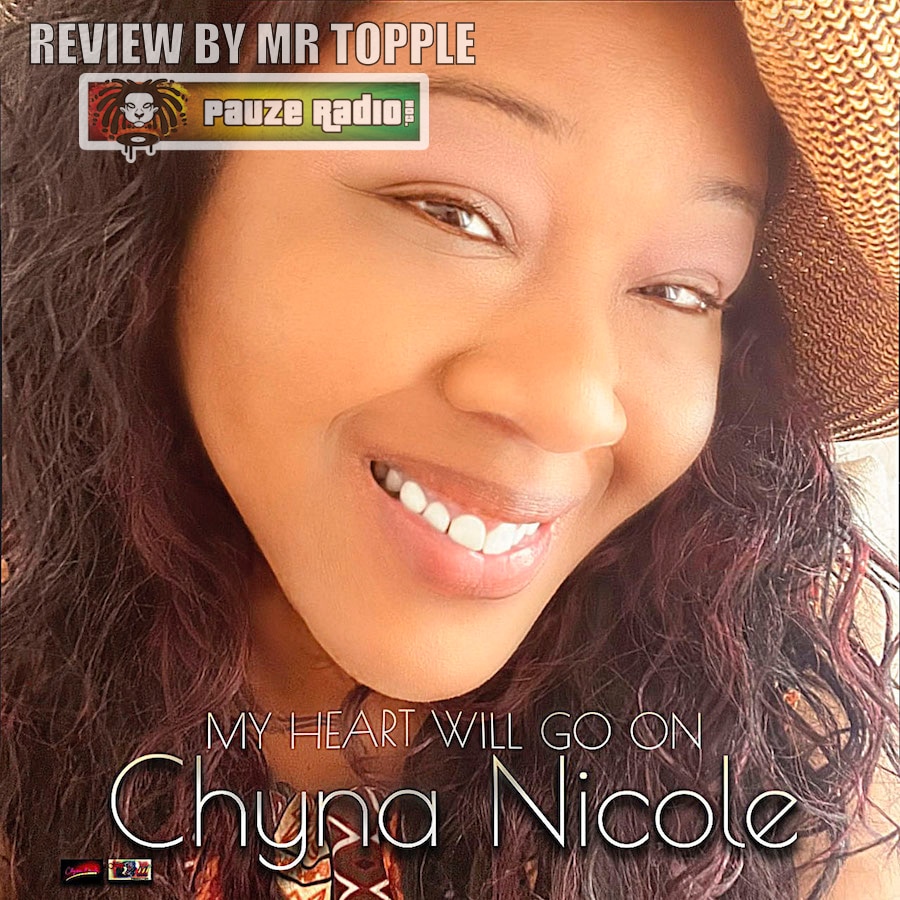 Chyna Nicole – My Heart Will Go On – Review

Chyna Nicole: My Heart Will Go On Single Review by Mr Topple for Pauzeradio.com.

How do you take a Celine Dion track and turn it into a Dancehall-led fusion cut while keeping the melody the same? The answer is you get Chyna Nicole and Jumpout Productions on the case.

My Heart Will Go On, released via Jumpout Productions, sees Nicole swerve into uncharted territory. The track is based on the 2018 release the Matrixx Riddim, written by Jamaica’s Mark Clarke with production and engineering coming from Tuff Gong alumni Gary Sutherland. Now, the riddim is being re-released, with Nicole’s cover of the Dion standard one of the lead singles.

The composition itself is fascinating. Clarke has taken numerous styles and genres and boiled them in a melting pot before settling on the final composition. For example, across the rhythm section arrangement several influences are apparent. The kick and bass do a Dancehall clave in the most part (that ‘oneeeeee-twooo-and’ x2 rhythm), with occasional stripping-back of this to just be on the first half of each bar. Then, across what sounds like a cow bell and the claps there’s an almost slowed down and shifted Soca beat (‘[oneeeeee-and]-ah-twooo-and’) – which is then fully fleshed-out at points by the snare also. Mid-pace buzz rolls/spins on the hi-hats feel a little bit Jungle and overall, this ambiguous arrangement has a grounding in Dancehall but draws in many different elements.

The other instrumentation is interesting. 80s-style, rasping synth horns run melodic lines which hark back to Synthwave days. Grimy, low-register electric guitars come in at points with their own melody, complementing this. Central to the riddim is also something near to a synth rhaita (a Middle Eastern/North African flute) which winds and weaves over the track – which is then enhanced by Sutherland’s waxing and waning decay across it. This brings a touch of the Motherland to proceedings (as does the selection of percussion). Overall, Matrixx Riddim is a detailed and fascinating affair. This mould-breaking is then enhanced by Nicole’s decision to layer the Dion track over the top.

She handles it extremely well: not an easy vocal melody to execute, but Nicole pulls it off with aplomb. Sticking to Dion’s original melody the majority of the time, Nicole has brought a different dynamic interpretation to it. Gone is Dion’s abrasive approach, replaced by more delicate attention to detail with light and shade in terms of volume. Nicole also pares-back the vocal runs and riffs at times, to bring smoothness to her performance. But she still maintains some of them, and they’re well-executed. Her ability to melodically jump quite challenging intervals is strong; her enunciation clean and Nicole has also deviated from Dion’s note extension and clipping arrangement – here, switching things up to fit with the now-Dancehall beat. As a sum of its parts, Nicole’s performance is pleasing and effective.

My Heart Will Go On is a fascinating delve into genre-smashing from Jumpout. They’ve created something quite unique in terms of the riddim; Nicole delivers a well-handled performance and overall, it’s strong – and bodes well for the full riddim.