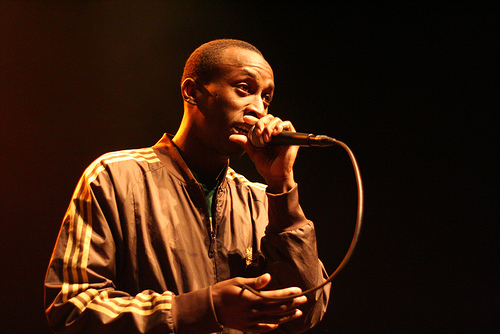 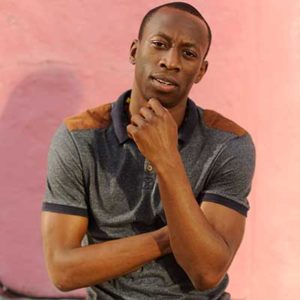 Christopher Ellis live at the Jazz Cafe. The world famous Jazz Cafe in Camden celebrated 25 years of hosting reggae concerts on Saturday (29 August) with a performance from Christopher Ellis. Being the son of the godfather of Rocksteady Alton Ellis the venue has a poignant place in the heart of Christopher as this was the last venue that his father performed at. Alton was unable to continue his performance here back in 2008, taking ill while on stage with Christopher himself.

This was the 3rd headline show at the Jazz Cafe for Christopher the last one being back in September 2013. Since that time he has been touring extensively with Damian and Stephen Marley and the Ghetto Youths collective and released his debut ‘Better Than Love EP’, produced by Damian Marley.

After taking a while to fill up, by show time the Jazz Cafe appeared to be very close to capacity as Christopher took to the stage with an early and surprise rendition of The Wailers’ song ‘Concrete Jungle’. This was a 25 years of reggae special so fittingly his first tribute of the night was to the king of reggae himself. The second song of the set was his own ‘English’ sung over the Peckings / Studio One cut of ‘Really Together’. With full backing band including horns section, percussion and two female backing vocalists the musical backing was sweet and the young Ellis even gave a traditional little ad-lib piece of the Beres Hammond tune ‘Respect to You’ – Beres sang that one for Penthouse back in the early 90s – a great but sometimes overlooked Beres tune.

Moving into his Better Than Love EP we got some modern Rocksteady with ‘Left Unsaid’ and the upbeat ‘You Babe’ both again sounding resplendent with horns section and sweet backing vocals. The next tribute of the night was to Dennis Emmanuel Brown and it was a beautiful, if perhaps not so well known, piece from the late Crown Prince called ‘Inseparable’ that he chose to entertain the crowd with. The first touch of Alton on the night was Willow Tree, the first song Christopher released himself for Stephen Marley. He started it in ballad style before the rocksteady backing came in to keep the crowd moving. 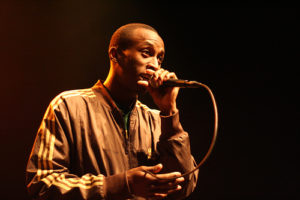 Showing his versatility dancehall fans got a little treat as Christopher sung his tune ‘Yard Style’. This was an unreleased song that got some radio play a few years ago and was the title of a You Tube documentary, the vocals ask ‘could you ever sing on dancehall’ and the answer appears to be yes.

We were then introduced to one of the backing vocalists who was in fact Aysha Loren who has been doing well herself this last 18 months or so. Together they performed ‘Ain’t That Loving You’ which is on her new album ‘My Wishing Well’. That went down very well with the fans and on cue Chris asked ‘are there any Alton Ellis fans in the house?’ The answer was of course a resounding yes and we got the big medley that had the crowd rocking steady through ‘Let Him Try’, ’Breaking Up’ and ‘I’m Still In Love’ – Chris reminded the crowd that it was his Dad that wrote the latter back in 1967. He even asked the crowd to complete a couple of lines accapella style from ‘I’ve Got A Date’ and ‘You Make Me Happy’ which they did with aplomb. As always the tribute was fitting.

The final tribute of the night was to Sir John Holt and the “Love I Can Feel’ song and rhythm were really felt by the crowd as the bass line and horns section soared on this one. We got another little piece of ad-lib Beres Hammond again with the ever popular ‘Tempted to Touch’, then some sing-a-long Sanchez with ‘I Can’t Wait’ before we even had a little DJ style from Chris with a touch of ‘Fresh Vegetable’, Tony Rebel, all of course ridding the same classic rhythm.

Special guest on the night was Shola Ama who joined Christopher on stage to sing ‘Puppy Love’ a British style lovers rock song, the rhythm fans of the genre will remember from ‘Ooh Baby’ by Sonia Ferguson. Closing the show was the title track of the EP ‘Better Than Love’ and again that sounded great with the tight backing band and sweet vocals, Christopher really showing his growth as a performer and singer on his own material.

As he left the stage the compare Daddy Ernie asked the crowd if they wanted more and of course they did. Christopher gladly accepted the invitation and returned on stage to sing ‘End of Time’ before heading off stage and almost immediately he’ll leave the country to work on new material and live work with the Ghetto Youths (Marley) stable in Miami. Looking forward to hearing that new material. 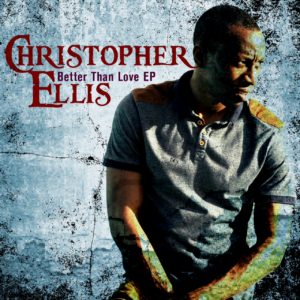