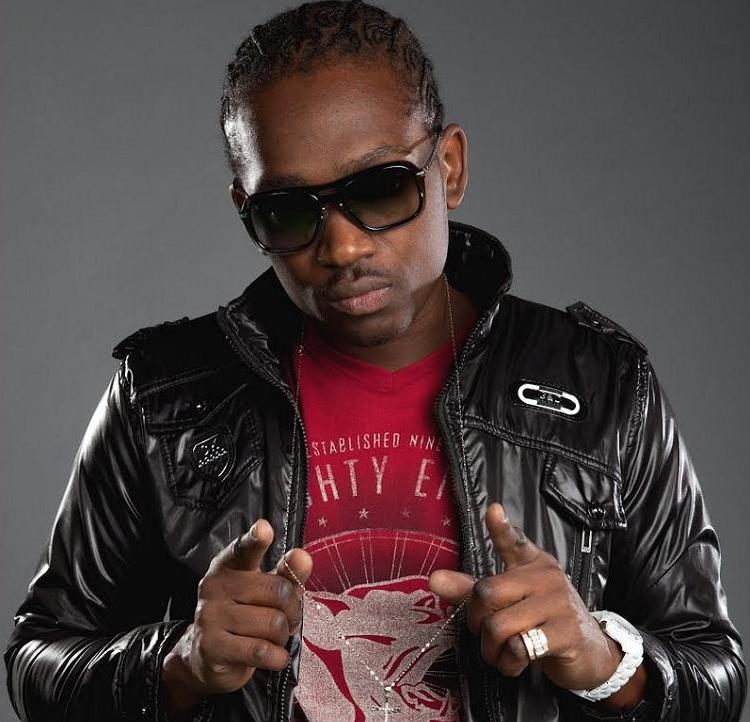 Busy Signal, the story so far. The sound of young Jamaica has been a constantly evolving, musical feast ever since local recordings began. Styles and faces come and go but every so often a singer or deejay will free themselves from the pack and define an era. Such artists are lightning rods. Their music tells a people (and now a worldwide community of dancehall followers) who they are, where they’ve been and where they’re headed.

Busy Signal is still in young and his songs and the way he expresses them are now the pulse by which modern-day dancehall is measured. Witness for example, the power of “Jail”, which he wrote about his own brief stay in a US jail – an episode he’s now transformed into a master class for others.

“If they could teach Shakespeare and things like that in music, then everybody would pass and there wouldn’t be a dull student in the world,” he says, “because once you have good music teaching some kind of message, then people catch onto it that much easier. Music is that powerful.”

“Jail” now appears on Busy’s groundbreaking second album Loaded, released by VP Records on September 9th. This eagerly awaited landmark contains other hits like “These Are The Days,” “Real Jamaican” with Michael Rose and the gloriously infectious “Unknown Number.” All have been taking dancehall charts by storm, despite their obvious differences in style. That’s one of Busy’s trademarks, and driven by his outstanding mic technique and restless creativity, Loaded brims with versatility. His sense of fun and mischief is allowed full rein on dancehall tracks like “Wine Pon De Edge”, “Hey Girl”, “Tic Toc” and “Cool It Baby”, which Busy programmed himself. Yet it’s his powerful commentaries on the ghetto lifestyle, like “These Are The Days”, that have lent Busy Signal’s art its raw edge, and made him into such a potent mouthpiece for the disenfranchised youth of Jamaica and beyond. “Knocking At Your Door”, “People So Evil” and “Curfew”, which he wrote after witnessing the Kingston police attempting to shut down local dances, are the latest examples of this, whereupon real life and his talent for storytelling combine to often spine-chilling effect.

Busy’s already proved a trendsetter after slowing the beat down on “These Are The Days” and deejaying a form of consciousness founded in reality, rather than religion. Its success paved the way for similar, symphonic ghetto hymns by Demarco, Mavado and others – songs that reflect the times and places we’re living in just as vividly as any movie. Busy’s roots are in dancehall, and after spending part of his upbringing in Tivoli Gardens , Standpipe and Papine, his ghetto credentials could never be in doubt. Yet Busy’s music is all about growth and with new management behind him – Juke Boxx’s Shane Brown – it’s no surprise to discover that he’s recently been keeping company with artists of a rather different stature, like Damian Marley, Morgan Heritage, Alborosie, former Black Uhuru singer Michael Rose and the Queen of Reggae, Marcia Griffiths.

“I’ve been longing to make songs with some of those veteran artists,” Busy Signal explains. “It’s a real experience being in the studio with artists like those. They know so much, and they are also bringing out the positive side of me as a dancehall act. I’m learning from them because they set the t’ing, and I try and keep it on that kind of level right now. I’m looking to talk about a wider range of things, more than just guns and girls. I want to make songs that are more conscious, and have a more positive feel to them, y’know? I want to be giving them more topics, and also voicing on different kinds of music as well.”

It takes courage to embrace change and push back the boundaries, but that’s what Busy Signal has done throughout his career. He’s transcended everything bad and negative the ghetto lifestyle has thrown at him, and seems to redefine dancehall music every time he steps into a studio, or visits a local school and presents it with badly needed computer equipment. Already, some believe this is the album that’ll take Busy Signal to a next level, and become a milestone of dancehall history, just like Buju Banton’s Til Shiloh a generation or so ago. That’s because as well as honing his musical skills, he’s responded to what’s happening around him with a degree of integrity that cannot help but uplift and inspire others.

Busy rose to prominence as a member of Bounty Killer’s Alliance and it shows. This was an aggregate of artists designed to strengthen and highlight the talented youngsters – like Busy and Mavado – who looked to Bounty as their chief inspiration and mentor. Busy Signal, real name Reanno Gordon, was born and schooled in Brown’s Town before moving to Kingston with his mother and two brothers as a teenager. His mother raised her three sons alone, and has been a practising Christian all her life. Busy’s first musical experiences came from singing alongside her in a church choir, but it was in the dancehalls where he heard the music that made his spirits soar most. At thirteen, he’d sneak out of the house to hear sound-systems like Bass Odyysey, Star Force and Stone Love, and thrill to the sound of Bounty Killer’s stentorian voice booming out of the speakers.

Later… being named Busy by a friend who marvelled at his eagerness to be everywhere at once, he gained a little studio experience by voicing dubplates for Kilimanjaro and Renaissance. It was at that stage he learnt about voice projection, breath control, timing and all the other skills that would one day bring him international recognition, although it was Bounty Killer who first introduced him to dancehall crowds in Jamaica, by inviting him on stage, and giving him the royal stamp of approval.

Busy Signal debut tune, “Shake It Fast”, was shared with a singer called Kenny and voiced over Renaissance’s Tunda Clap rhythm. This was in 2004, and songs for Fire Linx, Blaxx, Legends, Stainless, Yellow Moon and Black Chiney, among others, soon followed. “It’s All Because Of You”, with Tami Chyn, and Step Out, produced by Gravi T, then provided him with breakthrough hits in 2005, together with another Renaissance side, “Not Going Down”. By now, it was already apparent that Busy was an outstanding prospect. “Born and Grow” was the first of his striking ghetto narratives, and his live act began attracting widespread acclaim as he made show-stealing appearances at all the major Jamaican stage shows, including the Smirnoff Experience, Island Explosion, Camp Fire, West Kingston Jamboree, Sting and Reggae Sumfest 2006, where he performed solo on Dancehall Night and was also called up by G Unit on International Night.

Greensleeves released Busy’s debut album, Step Out, that same year. Warmly welcomed by fans and media alike, it featured hits like “Born And Grow” and “Not Going Down”, and guest appearances from Bounty Killer, Alaine, Kris Kelly and Mavado, who traded lyrics with Busy on the gangster tunes “Badman Place” and “Full Clip”. It was an auspicious beginning, and also heralded the initiation of Busy’s own label, Network Records, and his debut as a producer (on the title track and “Where I’m From”.)

With the album still flying out the stores, Busy continued voicing apace, and for younger, progressive producers like Don Corleon, H20, Arif Cooper, Fresh Ear (Up Into The Club), Stephen McGregor (Power Cut) and Stephen “Lenky” Marsden. Their releases – together with Busy’s teardown combination with Papoose on K. Salaam & Beatnick’s Whose World Is This? project – proved influential in Busy being crowned as the most exciting and creative dancehall artist of his generation, but it’s the new album that represents this next, crucial stage of Busy Signal’s development best of all, and that’ll spread his talent far and wide, way beyond the confines of his original audience.