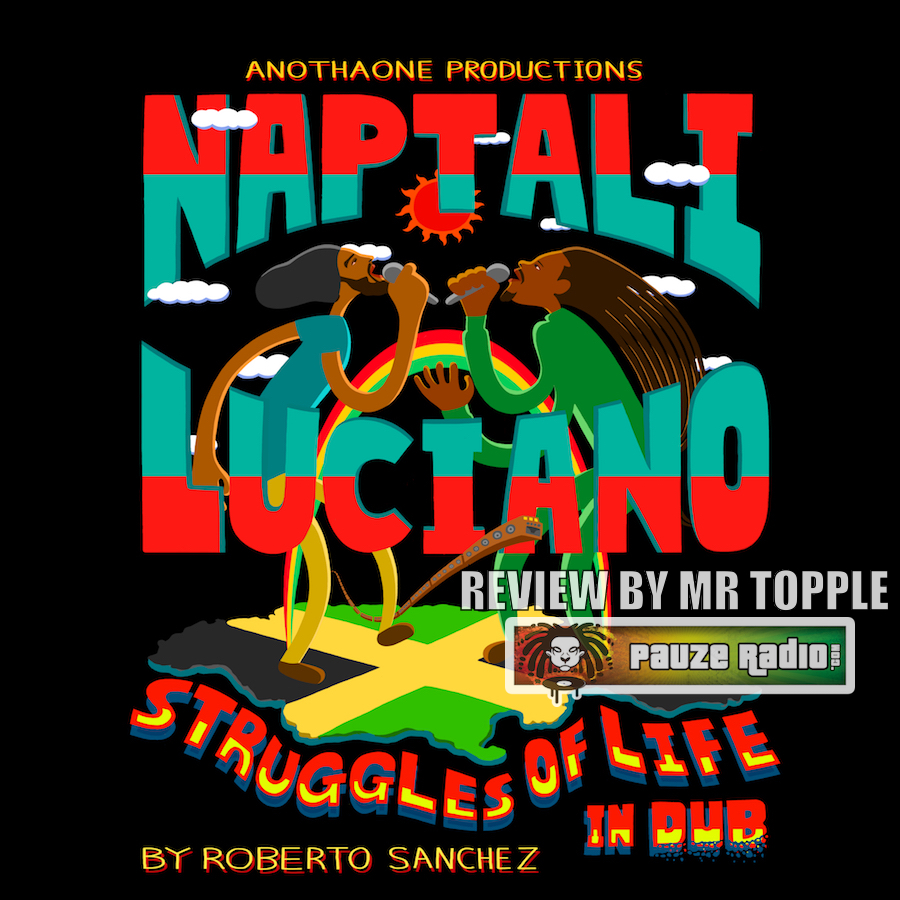 After the success of the Forgive I Jah Riddim earlier in 2021, Anotha One Productions are back with a series of releases – Dub versions of some of the original tracks, to be precise. And a legendary producer has come on board to breathe new life into the riddim.

Anotha One Struggles of Life in Dub, released via Anotha One Productions, sees Roberto Sanchez take the lead on reworking the original track from Naptali and Luciano. Slick mastering is provided by another legendary name, Umberto Echo – and there’s some attractive artwork for the track from Japanese artist Manabu Dub. But of course, it would be remiss not to remind ourselves of the original cut – which saw Anotha One team up with House of Riddim.

All the rudimentary elements are there: keys on a bubble rhythm, the drums on a one drop with the bass hitting the upbeats and guitars quietly skanking in the background. A bass provides a trip back to a time before Rocksteady arrangements became dominant. Because while it is syncopated across generally dotted semiquaver-quaver-led rhythm, it does two, gloriously old skool tricks: employing a one drop (against the more modern approach of dropping one of the other four beats), and working across the root chords’ triads on the chorus, versus the more chromatic arrangements Rocksteady brought in.

The use of an electric organ brings Funky Soul into play. Anotha One have then also added a synth theremin as a response to the main melody’s call, building on the Funky Soul feeling. Horns also play their part, dropping the one and then using dotted rhythms across the two and three before hitting the final off. Reverb is then added to make them fade off into the musical distance. The original riddim’s electric guitars are another delicious touch; the call and response backing vocals just pile on the Soul even more, and the whole arrangement is a detailed and elegant mix of Roots and something funkier.

First to note is the intense level of reverb that’s been added across all the vocals – with some pleasing attention to detail on making it rhythmic. This creates real atmosphere. Then, Sanchez has brought in some stark breaks where the music cuts away to just the bass, hi-hats, kick and the rim-clicked snare which again has reverb laced across it. Tinkering blocks join in at points.

Then, he has built the intervening periods so as to ebb and flow across the music: first the skanking guitar returns, before the electric organ enters – then both leave again. The pattern repeats before at fleeting points the entire musical backdrop comes in – but leaves almost as quickly as it entered. This detail to increasing complexity of arrangement is strong – and makes for interest throughout. But it’s really Sanchez’s attention to detail on the engineering and prominence of the bass which makes Struggles of Life in Dub work so well.

Naptali and Luciano’s voices are perfectly suited to each other, as they weave around in both their upper registers bringing in inflections of Soul with the vocal runs, riffs and improv. But their performances show two things: Naptali’s ability to keep up with the seasoned Luciano, and by default then his generous performance which doesn’t swamp Naptali’s either. Lyrically, they’ve created a strong narrative around the difficulties so many of us face under Babylon and how we continuously fight – but all the while remembering that if we just united then change could be invoked across the world.

Overall, Struggles of Life in Dub is a promising first offering in the series of new mixes from Anotha One. With Sanchez at the helm, it was always going to be musically deft – and the attention to detail here bodes well for the next Dub version, which will be out soon.