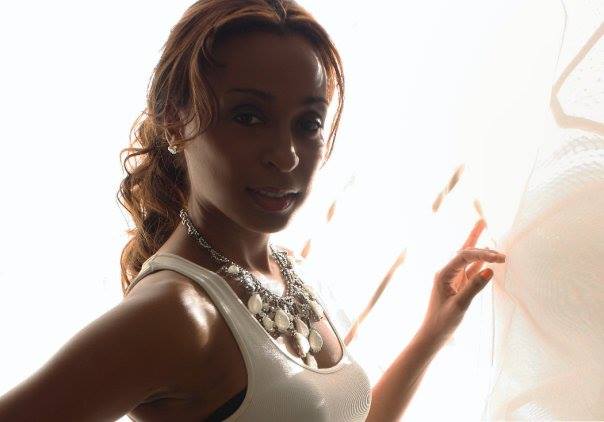 Alaine reggae mix free download. Alaine Laughton, known by her first name, is a singer and songwriter. She was born in New Jersey, but moved to Jamaica at the age of three.

In 1988, Alaine appeared in movie Clara’s Heart along side Whoopi Goldberg. Through the late 1990’s and early 2000’s, Alaine has lived in the United States and has been songwriting and singing back up for Rocafella artists such as Cam’ron and Freeway.

She moved back to Jamaica in the summer of 2004 to focus on her own music after working as an investment banker for JP Morgan and Chase. Alaine later met with Craig “DASECA” Marsh, and started working with him. Their immediate chemistry provided Alaine with her first song on the radio within days of her arrival back to Jamaica.

In 2005, the single “No Ordinary Love” on Don Corleon’s Seasons Riddim was a breakthrough single in the Reggae scene, and Alaine was quickly praised for her special talents. The single topped the charts in Jamaica and also charts in the UK. The music video topped the charts on MTV Tempo’s Cross Caribbean Countdown for several weeks and became the first video by a female reggae artist to be retired from the countdown on one of Jamaica’s biggest video request shows, E-Strip.

Alaine has continued voicing tunes for the last few years for the likes of Don Corleone, dropping nice cuts such as “Heavenly” on the Heavenly Riddim and Sacrifice. A music video for the single, directed by top Jamaican director Ras Kassa was released. Her other singles “Deeper”, “Chaka Chaka Love”, “Heavenly”, “Wine” and “Love Sound”, a duet with Beres Hammond have all done well. “Dreaming of You” (featuring Beenie Man), “Rise In Love” , “I Love You” (featuring Busy Signal) and Sacrifice, among others, have been in rotation across the world.

Alaine has performed at the Reggae Sumfest in Montego Bay, Jamaica in 2005 and 2006 to positive reviews. She has also performed in St. Vincent, Tortola, St. Maarten, Cayman, Nevis, St. Croix , St. Thomas (USVI), St. Lucia and the United States. She has been spreading the word about HIV and safe sex to high schools throughout Jamaica, and will be showcased as one of twenty artist in the movie “Made in Jamaica” which was directed by Jerome Lapperrouzas.

Her voice coupled with her song writing skills perfectly combine to create and unforgettable sound that is all her own.

Alaine Reggae Mix Free Download
Late in 2014 DJ Gav Pauze decided to create a mix of Alaine’s greatest hits from 2005 right through to 2014 and this mix stayed in the archives of Pauzeradio.com unreleased. Now that 2015 has come Gav felt obliged to share with the listeners of the radio shows. This mix contains hits from 2005 like “I‘m Calling” and “No Ordinary Love” right through to 2013′s “What A Lot Of Love” “Stronger” and 2014 hits like “So In Love” on the Cane River riddim. Checkout the track list below, share the link and download the mix, even burn to a CD and take her on your travels in your car, most of all full joy Alaine’s sweet, harmonic sound. 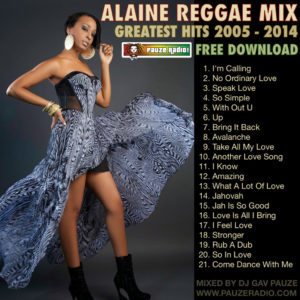