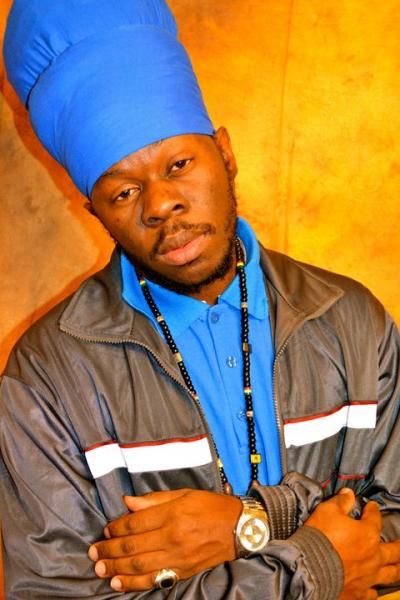 Aima Moses is one of Dominica’s most popular and prominent reggae artist. He has performed in various shows with local and international reggae artists both home and abroad.

Since the release of his first album called “No Barriers” is 2004, his fan base has just been increasing. In 2005 Aima won best reggae album in the DBS Flamboyant awards, Growing up poor Aima says, wasn’t easy but thats part of why he’s so strong and down to earth to this day, and knowing Rastafari gave him a higher purpose and greater outlook on life

Born on the island of Dominica, Amaziah Moses a.k.a Aima moses grew up in the village of kingshill. Aima came from a poor church going family which consisted of three brothers and one sister. Every member of the family contributed to music by singing or playing a musical instrument. He was very close to his mother and is still very close. One of the reasons for this is her undying love, understanding and affection towards her children. Attending the Newtown primary school Aima was a member of the school choir, which made him more interested in music. While attending high school he participated in a few music contests. One of which he freestyled his song on stage because the song which he was to perform originally was very political, approaching the stage he startled, for the Prime Minister was sitting up front. Aima paused for a moment knowing that his political song would discomfort the Prime minister and alter the judges’ decision during the competition. However he free-styled another song and placed 2nd.

Aima, even though in love with music was also interested in business and agriculture. His inspiration in music stems from the 80s and 70s Pop, Rock, Soul, Jazz, Hip hop to reggae greats like Bob Marley, Peter Tosh, Shabba Ranks, Capleton among others. He showed real interest in music from high school days when he and his close friend Michael would listen to Caribbean and American music rhythms, then create songs to those rhythms. Realising that he showed more interest towards music he started visiting record shops on his own like ‘MusicLand’ in town of Roseau,There he would ask for his songs to be recorded with the familiar rhythms. Aima says that he adored music with a passion and that his initial feelings in pursuing this career was such of excitement and a challenge knowing that it wouldn’t be easy.

Aima said that the first time he performed he was eager, terrified and nervous at the same time and that it was impossible to stand still, but when he said his first words into the microphone he felt himself fearless. The first time he heard his song on the radio he couldn’t bear the excitement alone so immediately called everyone nearby to listen. According to him disappointments were experienced in the beginning. He saw how people can be greedy and dishonest in the music business, but nevertheless he stayed focus and away from the ‘sharks’. There were many times he felt like giving up but the spirit of the music and his fans in particular kept him and gave him the will to continue. Aima says “Once is JAH works I can’t give up”. The love for music and teaching others through the art form, seeing what is going on around him, the injustices in the world also keeps him writing and making music.

In 2005, Aima won ‘The best reggae album’ in one of Dominica’s local radio station annual event called the DBS Flamboyant Awards for his first Album called ‘No Barriers’. He performs at various stage shows both local (Commonwealth Of Dominica) and abroad (St. Maarten, Antigua) with international artists such as Sizzla, Capleton, Tarrus Riley, Morgan Heritage, Beres Hammond and Beenie Man to name a few.

Right now Aima is working on new material and looking forward to a new album in the future. He stated “music is a job and must be done responsibly to the best of your ability”. Aima’s music is uplifting, spiritual, powerful, educational, and very cultural which he uses to fight crime, oppression, injustice, and corruption. He writes and sings wonderful songs expressing his love and respect for the ladies. Fans can look forward to a continuation of good music and to his electrifying and charismatic performances. Aima says he sees his music taking him to international status in the future and he is ready for the world. His ultimate goal is to prosper in this music business while opening the eyes and minds of others through his Rastafari faith. Next on the agenda for Aima is a second album and traveling to promote his music world wide.